Uber’s X-rated behaviour: values and culture in the spotlight

Uber’s X-rated behaviour: values and culture in the spotlight 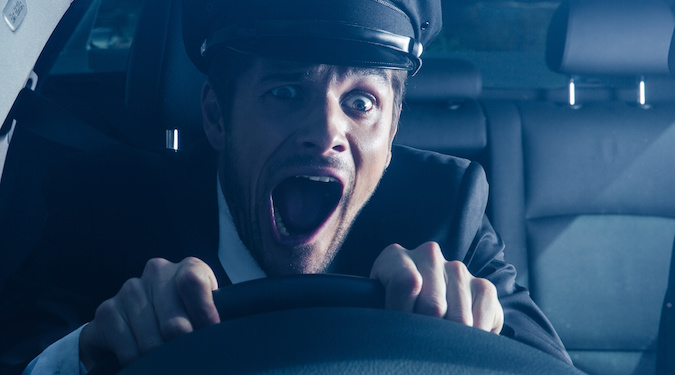 Karl Treacher analyses the values and cultural troubles at Uber that led to a toxic work environment and its CEO being forced out.

This article originally appeared in The Culture Issue, our August September edition of Marketing magazine

I’m rated 4.65 as an Uber customer. A driver once told me. I rated him 3.0 because he kept sneezing in the car with the windows up and was listening to Michael Bolton. Uber itself has been an incredible story of what’s possible when a business launches to satisfy a vastly disgruntled audience. In other words, when consumers feel captive to industry players that act in their own best interest. Or, without customer-centric vision, it leaves the door wide open for a business that can deliver customer experience and satisfaction at a similar cost.

All too often the speed of success comes with a series of challenges.

Organisational health and culture are just a few of  the more common ones. By now most people are aware of the culture and reputation catastrophe that lies beneath the ride-sharing/meal-delivery tech giant. It’s no secret, and much has been written on this topic. However,  it appears that little has been discussed about the reasons behind this reputation challenge. I mean, what’s really behind it.

It’s always easy to point at the CEO and, in many cases, that’s appropriate, but it’s never the whole story. Now, I’m not about to profess to knowing the whole story, but after studying brand, reputation and culture for 20 years I would contend that there are a few universal practices in this story that have led Uber to where it is today.

I’m going to leave the CEO hatchet job to others (like the 20 major investors who asked him to step down from the position), but talk about some equally concerning cultural concerns at Uber.

Too many words, not enough values

I’m not going to list them all here because you’ll forget them anyway – as all people would, do and did. 14 values are too many. About 10 too many.

Through our research, and as being a human, I’ve found that people can remember about seven when socialised effectively, but can only use three or four to inform and shape decision-making and behaviour – which is their only role and purpose.

From the 14 (which are a poor spread across the things that cultivate communities), I’d probably pick ‘obsessed with the customer’, then ‘inside out’ and ‘being yourself’ as the best of a bad lot, and they are well down the list… well beyond the point of interest for an employee. Up the top of the list is ‘super-pumpedness’ and ‘always be hustling’ – two behaviours (not values) that encourage competition.

So when the former US Attorney General Eric Holder delivered his findings after a workplace culture investigation and suggested the ‘values’ need work, it was no surprise to me. It was, it appears, a surprise to others. The company has since lost an estimated $26 billion in value based on Holder’s report. That’s a big price to pay for getting your values wrong, you say? Indeed, but of course that’s not the only thing that went wrong and we’ll get to that a little later.

While we’re on the topic of values, in Australia we  are surrounded by companies with corporate, generic, meaningless value statements and values lists. I recently watched a brand employ an old-school HR director who wound the values back from a meaningful list of authentic, meaningful statements to the age-old, ignorable and invisible list of honesty, passion, collaboration, innovation… zzzzz.

Yes, they are great values, but they are hygiene. They are the basics. The ticket to play. The things that every single successful company must have to effectively operate, grow and turn a profit.

Show me the real values, I say. The values that express the unique and driving ambition behind the company. Values that embody the spirit of the community and strategic direction. Values that really connect people with their customers and one another. Values that connect everyone to one single-minded purpose.

Unlike a generic list of boring values, what Uber did well was articulate the things that actually do drive the company. The problem is that they are the wrong things. Uber chose a list of statements from one super-competitive, win-at-all-cost bucket and then threw a customer-centric statement on the end, so as not to have 13 values. They  add ‘champion’s mindset’, ‘making bold bets’, ‘meritocracy’ and ‘toe-stepping’ to the already individualistic and competitive list.

Coming from Holder’s report was a list of recommendations and Uber’s future depends on it actioning these. Some of the suggestions are quite simple and fundamental. For instance: mandatory HR and management training, increase diversity and enhance board oversight.

I find it fascinating that, despite watching what works and what doesn’t, we continue to see organisations and executives within organisations choosing to ignore the learnings from failure and lessons from success to ‘do it their way’. Uber clearly has done things its own way and has been in some ways a great success and in others a dismal failure. When it comes to workplace culture and community, the latter is most appropriate.

Uber needs to take its culture as seriously as any other company. It is the number one contributor to sustained organisation success. Of course it is. Its definition ‘how we do things’ proves this point, and if the way you do things at Uber involves a reported 215 sexual harassment claims and many other general employee harassment issues, then the way you do things needs to change.

Here’s where it gets controversial and, in my opinion, a little unfortunate.

For many organisations, this type of negative publicity and antisocial findings would mark the beginning of the end – and rightly so. Some would weather the storm, stabilise and rebuild and some would continue on with a small dent in the armour.

Uber will probably do what it needs to in terms of rectifying the overt cultural issues and bad press and continue on without the level of scrutiny deserving of this type of organisational challenge. Why? Because vast numbers of people need, like and love the concept and experience. Uber saves them from catching a taxi. In Australia, we know that our taxi associations have big regulatory challenges and more often than not deliver very poor experiences. If there’s an alternative, and one that solves that problem but may be at the cost of employee workplace culture (someone else’s), then in the scheme of value-based decision-making it’s a no-brainer.

At the heart of any behavioural analysis is the human desire for self-preservation.

Uber grew quickly and in a raw entrepreneurial fashion with ‘results at all cost’ as its unspoken mantra. This happens when organisations are beholden to the demands of investors. Their ‘values’ are flaws by design and aren’t connected to their behaviours, leaving the door open for the types of things that happened at Uber. Will we see it again with another company? Yes, particularly in this start-up, investor era. Will this be the end of Uber? Definitely not, but I for one hope it takes notice of the audit’s findings and builds a people-centric, service-first culture that will benefit all.

To purchase a copy of The Culture Issue or a subscription to the mag, visit the online shop »

Previous Article
Apple boosts TV content efforts with US$1 billion war chest
Next Article
Witch doctors: economists and why we’re better off getting insight from a little closer to home