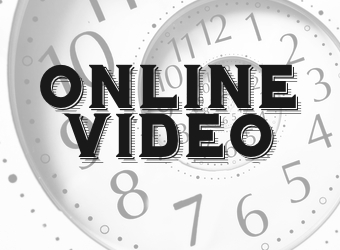 In the lead up to the release of Marketing magazine’s annual publication for 2012, The Marketing Survival Guide, we’re winding back the clock to the start of last year and sharing the ‘Industry leader’ columns from 2011’s Digital Survival Guide to see just how much has changed, what has stayed the same, and generally what life was like over a year ago across eight areas of digital marketing, starting today with ‘Online video’.

2 February 2011 – For anyone who lost hours to the Old Spice man, it’s no secret that online video is huge and here to stay. Cisco estimates that internet video is over one-third of all consumer internet traffic and on track to reach 40% by the start of 2011. If that number doesn’t impress you, keep in mind that it’s growing! In three years, Cisco predicts internet video will be close to 60% of internet traffic. YouTube is certainly a big part of this growth. 35 hours of video is uploaded to the site each minute, and over two billion videos are viewed a day. In fact, over six million Australians tune in to YouTube every month, and when they do, they’re active contributors: rating, commenting and uploading videos themselves. They are joined by a growing number of record labels, movie studios, TV stations and even sports leagues, which are using YouTube as a platform for sharing their premium content globally.

Online video is also gaining popularity with brands. TVCs are no longer being recycled online; the savviest advertisers are creating campaigns that use the full creativity of online video and foster a true dialogue with fans. During the World Cup, we saw examples of innovative online video campaigns from leading brands such as Nike, Coca-Cola, VISA and Budweiser.

With these examples in mind, we’ve drawn four lessons about how to build savvy online video campaigns in 2011.

Online video is a medium for consumers that want to rate, comment and respond to videos. The most successful advertisers and partners are the ones that interact with the YouTube community and create videos in a dialogue with their audience. Sprint understood this when it created the Human Clock on YouTube: an interactive banner ad asking users to upload videos of themselves as a number, one through to nine. Sprint then screened the videos and included selections as numbers in the clock – all within the ad, and received tens of thousands of submissions, tapping into the participatory zeal of the YouTube community.

It was hard not to be delighted by the brilliance of the 186 video responses created by Wieden + Kennedy for Old Spice. These videos, which had Mustafa responding to questions from Twitter with personalised YouTube videos, created a social media bonanza, with more than 132 million total upload views for Old Spice’s YouTube channel.

In 2010, Cadbury Australia and its agency Saatchi & Saatchi created the world’s first round YouTube videos. Saatchi worked with YouTube early in its creative process, and the result was an ad that drove buzz across the web and more than 170,000 views on YouTube. We’re seeing similar creativity from brands like Tic Tac, which put a game into its YouTube masthead that was played more than 11,000 times. Even the Australian Government is getting creative, by sharing the stories of five army officers and soldiers on its YouTube channel.

Be social and cross promote

Consumers don’t live in social silos online; they visit multiple social platforms every day, from Twitter to Facebook, Myspace and YouTube. More than ever, we’re seeing marketers develop their online campaigns across multiple platforms instead of siloed on individual sites. Ads with social integration encourage customers to talk back and interact, and share them with their friends. Consider including a live Twitter feed in a YouTube masthead like Volvo did during the New York Auto Show, or a Facebook and Myspace integration like Twentieth Century Fox did in its YouTube masthead for Avatar.

Also remember that you’re not the only channel trying to find your way on YouTube. Team up with others who have similar content and overlapping audiences, create videos together and direct traffic to each other’s channels. It works: US burger chain Carl’s Jr asked nine YouTube stars with thousands of loyal subscribers to create endorsements for its new burger, and the videos received hundreds of thousands of views.

Integrate online (and off)

Few videos on YouTube go viral without a little help. After all, with 24 hours of video uploaded every minute, it’s not easy to make yours stand out. That’s why we’re seeing advertisers promote their videos with search, display and mobile advertising, and even integrate their offline TV and print buys with their online video campaigns.

Look no further than another major sporting event, the Super Bowl, for evidence of why you need an integrated strategy. In the days following the big game and its primetime TV commercial, Super Bowl advertiser Snickers saw queries on YouTube containing its brand term rise by 18,000%! Another Super Bowl advertiser, Doritos, saw queries on YouTube Mobile rise by 5000%. These are opportunities to make sure that you’re getting the right message in front of potential customers with ads that are consistent across TV, online video, search and mobile, and that you’re driving a single call to action.

BY ON 11 May 2012
Head of media solutions, YouTube, and display, Google, Australia and New Zealand.