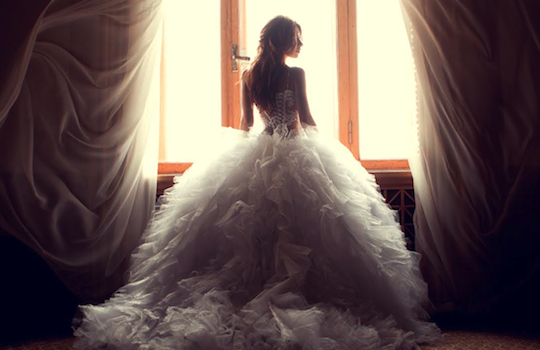 Before you put your business out to pitch, Rob Morrison asks you to double-check what you’re actually asking for.

Have you heard the joke about the 10 dressmakers? It goes like this.

A celebrity bride-to-be goes into 10 different designers and asks each to design her dress. But she needs it in  two weeks not the usual six months. Each designer is thrilled to be asked. They research bridal fashion and overseas trends. Each brainstorms 50 ideas before settling on one. They then spend thousands on silk and lace and beading. They pull late nights and weekends sewing and crafting. Finally, exhausted, each presents their finished gown. The bride sits stony faced as they file in, one-by-one to show her their creation. The punch line? Only one designer gets paid. Nine get nothing. And the ‘winner’ is told to start again on the real dress.

Yet it’s precisely what happens in advertising. It’s called a creative pitch. Up to 10 agencies doing a year’s work with only one getting paid. Clearly that would be outrageous in any other industry. I want 10 cakes baked. Give me 10 tanks of petrol. 10 days in a hotel. 10 houses built. 10 meals cooked. But I’ll only pay for the one I like best.

There is a simple answer. One that should work for everyone. But, before I get to that, let me monetise the problem.

It’s mind-boggling how much adland spends on creative pitches. Worldwide, it probably rivals the GDP of a small country. I’ve worked in agencies where we’ve taken the entire creative department out of play for three days. I’ve seen penthouse suites booked for pitches. I’ve seen live rabbits and hyperactive butterflies disastrously incorporated into presentations. We’ve paid celebrities to be in the room. And sporting heroes. Had pop stars sing live. I’ve got some great war stories.

But the war is over. We lost.

The industry simply can’t afford it any more. It makes no sense in a business where it’s this difficult to make money. You cannot give away huge slabs of margin on a 10 to one shot. In betting circles they’d call you a mug punter.

You probably think I’m exaggerating. I assure you I’ve worked on pitches where there were nine other agencies on the list. I’ve seen pitches where the prize is revealed as a $10,000 project with no ongoing retained business. I’ve been in pitches where we’ve lost because we were too big or too small or too masculine – something that was self-evident before the first marker pen was uncapped.

Maybe you’re thinking I’m just not very good at pitching. That I lose all the time. Not true, but also not relevant. Truth is, in every pitch there’s at least one agency who misses out. Someone has spent a slab of this year’s margin and got nothing. Every, single pitch.

As promised, here’s the simple solution (and the reason I need your help).

Imagine you’ve just been hired as marketing director at an established company. You’ve done a supplier audit and your existing agency relationship seems a bit (pick one) broken/out of date/sluggish/tired/expensive. You want to take a look at what else is available. Nothing wrong with that.

When you’re drawing up your list of potential agencies, be specific. Do you need an international network? Do you want to know the agency principals? Is culture important? Personality fit? Big or small? Integrated or specialist? Your answers will immediately eliminate some potential suitors. Please don’t include agencies out of sympathy. If they don’t have a chance, don’t short-list them.

Trust me, we’d all prefer that.

Then take a credentials pitch from each agency on your list. It can be 10. Or 20. 30 if you like. By comparison to a full-blown creative presentation, the cost of a credentials pitch is minimal. And you’ll see us our honest selves. You’ll see the real work we’re really doing on real clients in other categories. We’ll show you testimonials from other marketers who work with us. Marketers you know and respect. Marketers you can approach for their honest opinion. Most importantly, you’ll get to know us and we’ll get to know you.

If you can’t decide on the right partner from credentials alone then work collaboratively on a small brief. Something emulating the real work that’s to come.

I know I’m probably on a fool’s errand. I know mine’s a tiny voice in a vast arena. Truth is the marketing community and the advertising agencies love the romance of pitching. We crave the competitive juices and the adrenalin. We dream of victory and publicity. It’s our heroin.

But, like any relationship based on addiction, it’s unhealthy. And destructive. And usually short lived. No matter how good you look on your wedding day.

BY ON 6 November 2015
Rob Morrison is acting ECD at Ogilvy Brisbane.