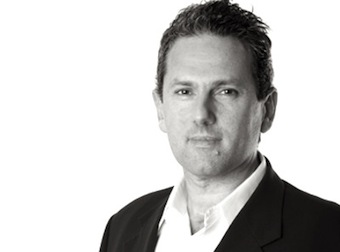 Content marketing: great for brands with no clear, rational point of differentiation. And there may be no more obvious example of that than the current state of Australian federal politics, so Peter Applebaum writes to Brand Julia to let her know that although things may look grim, all hope is not yet lost.

You don’t need me to tell you things aren’t looking good. The opinion polls have the ALP trailing the Coalition by around 17 percent, 61 percent of people are dissatisfied with your performance as Prime Minister (with only 27 percent satisfied) and most think Tony Abbott would make a better PM.

Of course, opinion polls can get it hopelessly wrong. Seven months before the 2001 election, the Coalition trailed the ALP by 20 percent, but He Who Must Not Be Named (aka John Howard) kept the keys to The Lodge. It was a similar story in 1998. Just three months out from the election, the ALP held a 12 percent lead, but You Know Who did it again.

And in 1993, the ALP, 16 percent behind, was expected to be trounced. As Peter Munro put it in the Sydney Morning Herald, “Paul Keating was the politician you couldn’t give away in a raffle.” And we all know what happened next… My point, Julia, is that your Cinderella story (complete with its famously lost shoe) is far from over. A week is, as they say, a long time in politics. Which means the 15 months until the next election must be held is an eternity.

But – and, as buts go, this is a big one – you have to start thinking differently in order to have any hope of turning things around by next November.

The way I see it, you have three options. You could:

I suspect the thought of the third option fills you with dread. After all, you said at the recent New South Wales ALP Conference: “Other parties come and go – often promising more, always delivering less. But we endure – not a brand, a cause.”

The rhetoric is great and it doubtless stirred the party faithful. But it is wrong. Like it or not, the ALP is a brand and you are its chief salesperson. Politics, like business, is about selling something. In your case, it is an idea – an ideal, even. And, like business, politics is measured by a bottom line: votes.

To get the most votes, Brand Julia and Brand ALP need to think like a brand – which is where content marketing comes in.

Consistency is a luxury rarely afforded to politicians. There is always a fire to put out, or a mistake that threatens to hijack the agenda. But content marketing allows you to circumvent that. It lets you find and use your voice in a consistent manner (leaving your traditional doorstep interviews for fire-fighting).

You may argue you are already doing that through your website, your Facebook page, your Twitter feed, your YouTube channel and various other social media platforms. But there is a world of difference between having an engaging platform and actually engaging people through it.

A few months ago, we conducted an Australia-wide survey into how people interact with brands and businesses. The results showed that Australians specifically follow and buy from (or vote for) brands based on their content.

So let’s look at your content offering in that context. Your website is probably the pick of the bunch, with the blog section particularly strong because it genuinely seems to be speaking in your voice. But beyond that visitors are faced with media release after impersonal media release – which is hardly the way to create the sense of personal engagement people respond to.

Social media is tailor-made for personal engagement and, while your Facebook page seems to be doing a reasonable job at first glance (you have 130,570 likes and 4088 people talking about you), closer inspection reveals that many people posting or commenting are actually involved in private arguments. In other words, there is no real engagement.

And how could there be? I am writing this on 2 August. Your most recent Facebook post was a picture of you and Hugh Jackman on 24 July. That’s almost 10 days without a word.

I could point out similar issues with your other social media sites, but I’m sure you get the point. Content marketing depends on the quality of its content (although regularity is also important). That is what people respond to, and having people respond to you is the best way of turning around your poll ratings.

We know social media is important during an election campaign – President Obama proved that in 2008. But encouraging people to vote, getting volunteers and securing donations in a limited time-frame is one thing. Establishing a voice and spreading a message over the long-term is quite another.

Maybe I’m barking up the wrong tree by asking a politician – who almost by necessity thinks in three-year electoral cycles – to turn her back on short-termism. But solely using social media and online content as a campaign device (as both the ALP and Coalition are currently doing) is a mistake.

Rather than using digital communication for targeted advertising and unpaid campaigns or as a means of disseminating a quick message to the already engaged, use it to truly connect with people. Most Australians are capable of digesting more than just a sound bite and can consider complicated, emotive issues. Done well, content marketing will allow you to use any number of platforms to get your message across and show the voters who you really are and what you really stand for.

I have argued you are a brand, you have claimed you are a cause. But the beauty of content marketing is that it works for both.

BY ON 28 September 2012
Founder, Tick Yes, specialists in digital relationship and social media marketing to help clients take advantage of their many digital opportunities.
For over 20 years Peter has worked with more than 90 companies across 35 industries and is a regular expert marketing speaker, contributor and guest in print and on television.