An open letter to marketers: ‘consumer’ is a dirty word

An open letter to marketers: ‘consumer’ is a dirty word 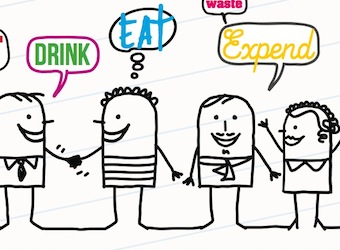 After entering business vocabulary from the detached world of the economist, it is now a word used every day in the corporate, marketing and advertising professions. But, as Steve Sammartino writes, this particular word is not only semantically distasteful, but has a significant strategic impact on the way brands go to market.

Language is one of the most valuable tools that humans have ever developed. It is in large part the conduit to our social structures. Lauded scientist Carl Sagan even said that the ability of humans to have a highly-developed language is the major reason why they sit atop the food chain. Not only has language allowed us to organise ourselves and dominate our environment, it has become the primary tool from which humans judge each other.

The words we use shape the values we have. The words we use shape the values and belief systems of the societies we live in. It is also true that the people around us (correctly or otherwise) judge where we fit into their world based on our words. Think of a job interview for example. It’s nothing other than a truncated language test used to determine how capable or smart a candidate is for a particular function.

This could possibly be the worst way to assess an employee’s potential for any role other than a direct sales or public speaking post. Yet, we undertake this method as the default. And it is because we define most everything we do and believe through what we tell ourselves and each other. Language permeates our entire commercial ecosystem and is also a significant arbiter of brand success.

The words used internally in a corporate environment have as much impact on the success of the organisation as the products that are sold – mainly because the two feed each other.

Marketers are as guilty as any industry of verbal gymnastics, but the word used most often to describe people with whom they do business needs doing away with. The word in question is the ugly little noun ‘consumer’. What a terrible way to refer to a person or group of people. Even pond scum can be defined by the word ‘consumer’. It’s such a detached way to refer to humans, it’s as if all is seen is mouth, a set of teeth and a gut. It’s talking about real people who have emotions, dreams and aspirations and redefining them into some kind of parasite of commerce. If it sounds ugly then we need look no further than the definitions of the word as a reminder. The top five definitions from dictionary.com include the following:

While economists and marketers may argue the word entered business parlance in order to differentiate between the purchaser and the end user, emerging brands that ‘get it’ have removed this word from their verbal repertoire entirely.

Smart brands in emerging sectors and the digital economy are far more likely to use words like ‘community’ to define the people they are trying to serve. It’s little wonder that online businesses are doing better in creating loyal groups of brand evangelists than traditional ‘consumer goods companies’ are these days. The latter seem to have forgotten that real marketing is a relationship.

While it’s clear that this word upsets me, it isn’t just an argument of semantics. It has an important strategic impact in the way brands go to market. As soon as any brand or company defines the people it sells its wares to as ‘consumers’ the rot sets in. It creates a cadre of behaviours that lead to poor business decisions. It’s a volumetric measure, so it leads brands down a path where they want that faceless mass to buy and use more. It entices companies to build an infrastructure around serving mass, and reducing input costs. This invariably leads to a corporate factory mindset where brands must sell more, prices must be reduced and market share must grow in volume terms. This leads to the inevitable death-spiral of commoditisation.

It stymies innovation. Defining people this way creates an illusion as to why we as a brand or company was successful in the first place – doing something better than the incumbent. It makes companies focus on the things they sell instead of the solutions they create. By defining people as the ‘absorbers’ of what is made, they are hardly likely to find a better way to serve the needs of people. How can anyone possibly connect and understand who they serve when those they serve are objectified into a product-usage behaviour?

While there are many alternatives we can use to replace the ugly word, my preferred option is ‘audience’. In a theatrical sense an audience is a group of people who judge our performance.

They decide who deserves applause and who deserves a rotten tomato or two. An audience can go see any show they please, or not turn up at all. If the show was great, they may demand an encore performance or they may just tell a friend or two.

But best of all, the word ‘audience’ reminds us what we are here to do: put on a show and provide something amazing people can rave about. That’s hardly going to come from a bunch of consumers.

BY ON 19 November 2012
Steve Sammartino is an author and futurist who sees the world through marketing eyes. He has held many senior marketing positions and has also built and sold his own startups. His latest venture is Sneaky Surf, which is bringing technology into the surf industry. His new book 'The Lessons School Forgot: How to hack your way through a technology revolution' is out now through Wiley. Connect with Steve and see his latest projects and blog at stevesammartino.com

« Q&A with Anna Adriani, global head of PR and sustainability, Illy CoffeeA brand without culture is like Milo without milk »