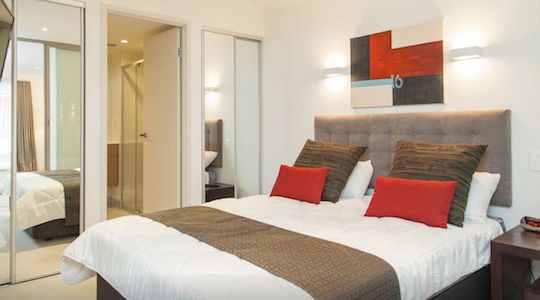 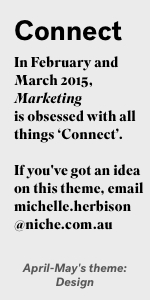 The world’s fastest growing companies these days are those that connect the factors of optional production, rather than own them, writes Steve Sammartino.

The hardest part of starting out in marketing was, well, starting out. Did you ever notice that traditional marketing departments were the domain of only the world’s largest and most powerful corporations? Think global consumer goods conglomerates, the auto industry, banking and finance, retail chains and national franchises.

Yep, marketing lived in those domains because in order to manipulate the four Ps, you first had to own them, or be able to afford them in the case of large advertising campaigns.

Only the well-financed few had the luxury of being able to do traditional consumer marketing. New product development required big things like factories and R&D departments. Competing on price platforms was also for those who could create product output large enough to gain economies of scale – again, those who owned production facilities.

Getting your product ranged in a national retail store required not just great prices but national advertising support. If you could not afford the media, then you couldn’t possibly get on the shelf. It wasn’t about how great the product was, it was more about whether the company competing had the infrastructure and financial backing to play in a large industrialised system.

So we ended up in a world of mass marketing, with average products for average people, served up by an infrastructure that could only survive in mass mode.

But, most of all, we now market in an environment where assets are optional. All the marketing tools we used to have to own we can simply now access, on demand, when we need them. This is the biggest shift in the emerging business environment in which we now operate. Contrary to popular belief that this is a technology revolution, it is far more a connection revolution, which happens to be facilitated by technology.

If we look at all of the companies that have emerged in recent years, we’ll notice one interesting thing: they tend to connect the factors of production, rather than own them. Their proposition is one of creating value through connecting idle assets. They are in the business of removing the friction in getting things done. And in doing so they are creating access to resources that were once only the domain of large government and the Fortune 500.

This may be why in the past 10 years we’ve seen such rapid change. In fact, in this time almost half of the Fortune 500 business names have been replaced by technology companies. The value is not coming via owning and selling something; it is coming from connecting the previously unconnected.

Let’s take Airbnb. The number of hotel rooms it happens to own is exactly zero. Yet, every night it has more than 800,000 rooms available for rent, from which it skims around 10 percent margin on rental for making the connection between those who need beds and those who have spare ones. Its most recent company valuation was over $10 billion.

It’s a similar situation for Uber. The pattern is the same here:

Uber happens to own exactly zero vehicles, but its ability to connect cars, drivers and people in need of private transport has put it at the forefront of the transport revolution. And this process has given it an $8 billion company valuation to boot.

I know what you’re thinking just now: ‘That’s all fine, but we make stuff. We have factories and manufacturing at the core of our business model. This doesn’t apply to us.’

Well, that’s becoming more of a choice than a necessity. Don’t own a factory? Fine. Alibaba (which is now a $200 billion company) brings manufacturing to anyone who wants anything made in the world’s lowest- cost labour markets. More than four million factories use Alibaba as a way to sell ‘the use of their factory’ to brands, marketers and even entrepreneurs who want to make actual stuff.

A once highly-guarded trade secret – how and where to get things made in low-cost manufacturing regions – is now a few key strokes away.

It is also worth remembering at this point that the world’s biggest electronic goods manufacturers operate exactly zero factories to produce their goods.

The access story is no different with advertising either. In a connected world, advertising becomes a tax for boring products and services. Just ask Tesla Motors. Tesla has no advertising agency and doesn’t plan to run any national media campaigns anytime soon. The people of the connection revolution will do that for it and spread the word on how amazing its fully electric cars are. And this is no niche player – Tesla plans to move more than 30,000 vehicles this year. It’s clearly a mass-market brand.

It seems that disrupting an entire industry (the same industry that said people wouldn’t buy electric cars) with better looking, better performing, safer and more futuristic cars is fuel enough for free access to the minds of the target consumer.

In fact, all manner of digital denizens provide the platforms of connection for consumers to participate, not just consume. From social to search, the story is the same: connect first and sell second. And, where possible, don’t own the physical assets, because quite frankly, you just don’t have to these days.

We now all have access to core business infrastructure in much the same way that the web freed up information and media for the first time.

A key lesson in economics and entrepreneurship has always been organising the factors of production rather than being them. It seems this is finally entering the marketing realm.

It’s a challenging question, from which the answer often points to where the value lies in brands today, but it certainly is not ‘the physical facilities’. To the contrary – they carry a cost. While the connection of assets is creating all the value, someone else carries the cost of the physical assts.

If we look at those brands that are growing fastest and have the highest margin, it is companies that organise assets, not those that own them. And they are building giant global brands in the process.

People often forget that by having connection as the core brand proposition it builds an organic viral loop into the product output. It gets shared and known in the market through the transaction process itself. There aren’t many better brand propositions than that.

Just as the industrial era benefited from the inventions of scientists and the manufacturing process, marketers can now benefit from providing connection across the assets that already exist in our world through tapping into the data layer.

As marketers, it’s far better to have our limited financial resources aimed at solving customer problems, not funding corporate infrastructure.

BY ON 2 March 2015
Steve Sammartino is an author and futurist who sees the world through marketing eyes. He has held many senior marketing positions and has also built and sold his own startups. His latest venture is Sneaky Surf, which is bringing technology into the surf industry. His new book 'The Lessons School Forgot: How to hack your way through a technology revolution' is out now through Wiley. Connect with Steve and see his latest projects and blog at stevesammartino.com

« It’s not just the dress that’s blue and black – cartoonHow does redundancy damage your chances in the job market? »