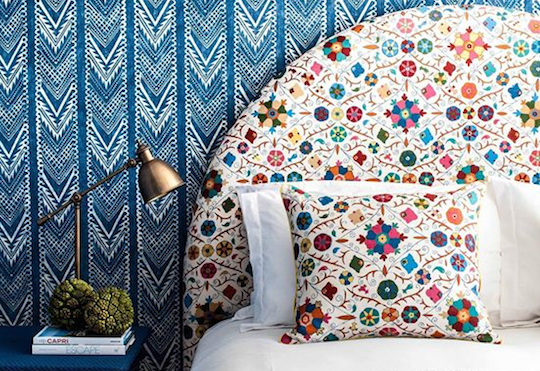 Bernadette Schwerdt, author of Secrets of Online Entrepreneurs, has spent hours interviewing some of Australia’s most successful online entrepreneurs. Here she shares some insights on disruption.

The word ‘disruptor’ gets bandied around a lot but what does it really mean and who’s doing the disrupting? Disruptors share a common purpose: to create businesses, products and services that are better – less expensive, more creative, useful or impactful, and ideally scalable.

If this is the definition, then some of the online entrepreneurs I interviewed for my new book must surely qualify.

Take Matt Barrie. An Aussie with big ideas, Matt saw the potential to supply outsourced creative services to a global market so he bought up a slew of smaller websites to create the mighty Freelancer.com, allegedly the world’s biggest outsourced marketplace for creative providers.

Has he been a disruptor? Yes, he’s helped providers around the globe access paid work that previously would have been impossible for them to attain – and in the process, disrupted a range of established industries right here in Australia. After all, why hire a developer from Melbourne for $120 an hour when you can get one from Mumbai for $20 per hour? The ripple effects have been enormous.

But perhaps more importantly, he’s also helped others disrupt a raft of industries. By making web development, copywriting, graphic design and other services so cheap and easy to access, he’s enabled other entrepreneurs to test a potentially risky start-up idea for next to nothing. If the idea gets up, great. If not, nothing lost. To some degree, it’s these low-cost outsourced providers that have enabled the nimble startups like Airbnb and Uber to gain momentum.

A business model to envy

Selling a lot of bedheads may not rank as a criterion for being a disruptor, but when Temple & Webster revealed they sell more of them in one week than a leading department store sells in a year, you know you’re talking to a potential disruptor. So how have they made such an impact in such a short time? Their point of difference is twofold: the styling behind each service offering and their unique business model.

For a start, they’re a club, and you need to be member (free to join) before you can browse the website. Right off the bat, they’ve been able to build a database in the tens of thousands simply because of this strategy.

Then they make it really easy to buy. Their team of professional stylists put together a series of ‘rooms’ and everything featured in the room – the cushion, the candle, the chair or the cupboard – can be bought as a job lot or by the item. For those of us who were absent when the style gene was handed out, it’s a boon – no more wondering what goes with what – they take care of all that. The result? The average order value soars.

No stock, no risk

Another major reason they’ve been able to create such disruption to traditional homewares retailers is they don’t hold the stock, a massive advantage in a fast moving, high-value stock industry.  They don’t even own the stock either, they just pick, pack and ship it. This eliminates the buying risk too because they only buy what has been purchased by customers. The result? Massive cost savings and increased cash flow.

There are a host of other Aussies disrupting their respective industries: Shoes of Prey’s Jodie Fox (shoes), Thankyou’s Daniel Flynn (bottled water, food and body care), and John Winning from Appliances Online. What they all have in common is that they didn’t necessarily build anything new – they took what was already there, added a twist to enable it to be delivered less expensively or more creatively. The threat of disruption is ever present. The moral? Disrupt or be disrupted.

« Disruptors with a cause: the brands gaining attention without interruptingCustomer communication in the spotlight after Bali flight groundings »