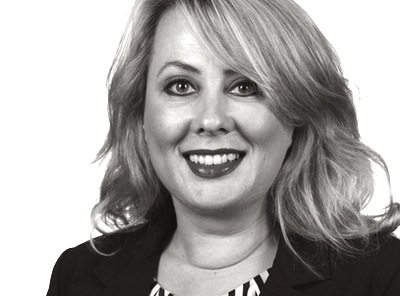 Anyone who knows me will know I’m a fan of The Bold and The Beautiful. My little sister and I have been watching Bold since it first aired in the late 80s. So it’s fair to say I’ve lived through the trials and tribulations of the Forrester family. And I’ve virtually supported Brooke through her several marriages*.

Lately though I’ve been wondering why CBS, as the producer of Bold, has not embraced product placement with the same gusto as the movies or other television genres. Or perhaps why prestige and luxury brands are yet to see the rich potential of  my favourite daytime soap.

The combination of the fragmentation of audiences, and the ability of consumers to tune out to advertising, has led to product placement being enormously attractive to marketers.

Even when it’s blatantly obvious consumers will tolerate product placement, provided there is context or an acceptable fit between the product and the program. We get that it’s no coincidence that the American Idol judges all have super-size Coke cups within arm’s reach, and we’re not especially bothered because it’s not especially intrusive. Of course, whether that example is especially effective is another thing.

Yet, just as there is often a fine line between editorial and advertorial, what is often most interesting about product placement is we’re not always clear on whether it’s been paid for. Brand references can add to the authenticity of a script and writers, seeking to avoid having their integrity questioned, will often remain tight-lipped about whether certain inclusions were sponsored. Others happily concede cash has changed hands.

In June Bloomberg reported the movie Man of Steel broke the record for the most promotional tie-ins. 100-plus companies paid around $160 million to be associated with Superman.

No one will be surprised to learn Ford paid $14 million to have James Bond drive a Mondeo in Casino Royale. Or that Cisco and HP paid to have their equipment used by Steve Carell and the cast of The Office. Or that Absolut paid to be written into several episodes of Sex and the City.

However, product placement is not without its risks. In 2010 rival soap Days of Our Lives was widely scorned for overtly incorporating sponsor product benefits and selling points into its script. Viewers were revoted by the seriel spruiking cereal. As one entertainment reporter observed, “When 30 Rock does a product placement, it’s kind of funny. When Days of Our Lives does one, it’s kind of sad.”

In one of the current storylines of The Bold and the Beautiful, Forrester Creations, struggling to maintain market share, has entered into a product placement arrangement with a promising new internet soap opera, Room8. The deal will involve the stars of the show wearing the Forrester designs. It’s art imitating life.

Daytime soaps are struggling and Bold is no exception. Ron Moss did not renew his contract earlier this year after salary negotiations broke down. As a consequence, we’ve been without Ridge Forrester for far too long. To CBS, I say bring on the sponsored deals as it will supplement your advertising revenue (ignoring the fact that product placement should mean fewer commercials) and add to the fabric (pardon the pun) of the program.

I’m not suggesting Bold compromise its standards by opening the door to the shelves of a 7 Eleven. But if Steffy Forrester returned from Paris next month carrying an Alexander McQueen studded leather mini Heroine bag with structured silhouette built on an expandable body with use of two lateral vertical zips…

In saying all this, I do concede sponsored arrangements might have an impact on some of Bold‘s storylines. For example, imagine if Samsung had paid to have the character of Doctor Taylor Hayes carry one of its smart phones. Taylor would then have been able to alert authorities to the fact that she’d been kidnapped by Prince Omar and was being held hostage in his castle. Unless, of course, Vodafone had also paid for the right to be Taylor’s mobile carrier in which case it would have been perfectly feasible that she could not get a signal.

BY ON 25 November 2013
Jacqueline (Jaci) Burns is managing director of Market Expertise, a B2B agency which specialises in the marketing of services, solutions and intangible products. Based in Sydney, Market Expertise works with ‘smart companies’, both Australian and international, from the financial services, professional services, technology and knowledge sectors.

« Digital intelligence: Why smart businesses are taking a page out of publishers’ playbooksThe drums are beating louder: Why marketers need to evolve beyond the linear »