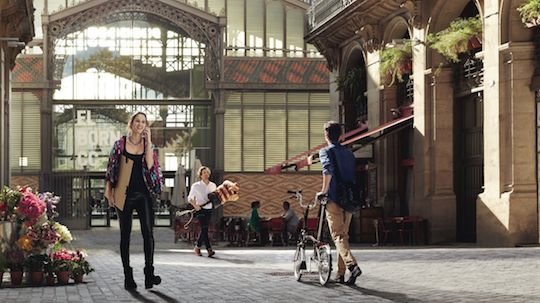 This is the story of Barcelona City Council’s journey of repositioning its city’s brand to reflect the vibrant character of the city and its people.

Barcelona is a city exceeding 1.6 million inhabitants and, as capital of Catalonia (Spain), it is the centre of a metropolitan area with a total population of about five million.

Barcelona is one of the main economic engines of the Mediterranean, establishing itself as a centre for attracting foreign investment (€4 billion). This has led to the creation of a favourable environment for the proliferation of companies and start-ups, resulting in a city cluster of more than 7000 businesses, as well as a local population entrepreneurial activity rate (EAR) of 6.7 percent, ranking above figures in Germany, France and Finland.

During this process, the need to develop a new brand management strategy and present the world with the image that reflects the city of Barcelona’s true identity became clear.

The main objective was to project not only the vibrant and festive aspects of Barcelona, but also its creative and entrepreneurial potential.

In order to meet these goals, the Barcelona City Council chose a singular public management model for the city brand in coordination with city agents. This model reduces the risk of leaving the brand under the control of private lobbies.

In 2012, the Communications Department of the City of Barcelona began developing a new storytelling and positioning for the city. Thus, the City Council identified the following as main objectives:

The definition of Barcelona’s new brand positioning parted from the existence of historical and cultural assets that have brought the city allure and recognition. But the new challenges of the international market demanded other assets to be part of the new positioning. The new comprehensive positioning had to project the vibrant character of the city and its people. 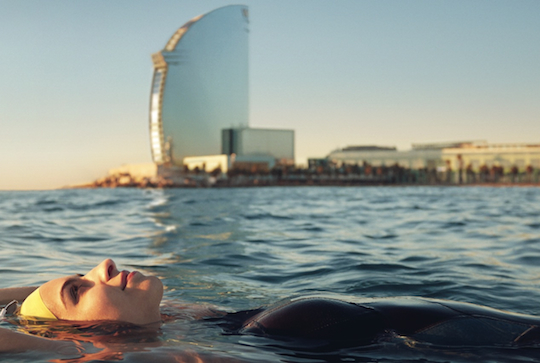 Creating a graphic image of the new positioning of Barcelona was needed in order to synthesise it visually.

The new graphic represents a container that collects everything that happens in the city: an ambitious city in motion and, at the same time, a city that serves the people living in it.

The brand assets are the human resources and the tangible and intangible assets we rely on to build and communicate the city’s new positioning.

The new ambassadors of the city are human resources that help reinforce the messages and brand values through their own work.

Among others, this is the case of chef Ferran Adrià in creativity and innovation sectors through his work in cuisine. His restaurant El Bulli has placed the city as a benchmark for creativity and innovation in the world. Another example is Anna Veiga in the field of biomedicine; she is known for being a pioneer in the study of embryonic stem cells.

Creation of a new storytelling framework

With the aim of explaining the new positioning and brand values of the Barcelona city brand, a new city narrative was developed aimed at an international audience, visitors and external public as well as local citizens. The main tools are:

City associations, companies and strategic partners are involved in the new positioning of the Barcelona brand, in collaboration with the Barcelona City Council. These partners, associated with the values and the ‘Barcelona Inspires’ positioning, support the construction of the city’s storytelling with tangibles.

The work for Barcelona’s brand management in the last two years has resulted in an improved positioning of the city in major international ranking, and it has also been recognised worldwide with several awards.

Barcelona ranks as top sixth brand image in the study compiled by the Guardian-Saffron, 34th smartest city in the world according to IESE Cities in Motion (ICIM2015), best project of the Mayor’s Challenge by Bloomberg Philanthropies in 2014, seventh best European city in the globe, first and fifth best city in southern Europe, and best European city infrastructure according to European Cities Monitor 2014 and regions of the future, 11th most popular city according to the Global Destination City Index 2014, fourth city in the world for the organisation of international meetings according to the World Country and City Rankings 2013, and fourth smart city in Europe in 2013 according to Europe’s 10 Smartest Cities in 2013.

This case study has been edited. An extended version is available to Marketing Advantage Pro Members. Click here to find out more about membership.

« The future of digital retail: augmented reality, clicks-and-mortar and data privacyCapturing the Baby Boomer market in the digital revolution »