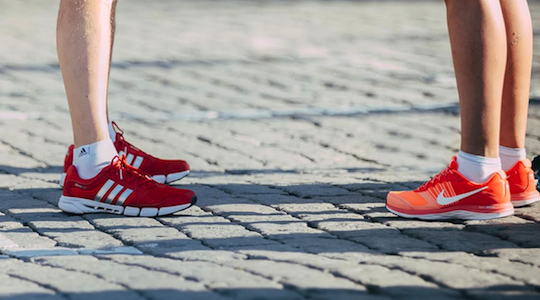 In this fourth instalment of our ‘Battle of the Brands’ series from Meltwater, David Hickey compares the social media activity and online news coverage of rival sporting brands, Adidas and Nike. 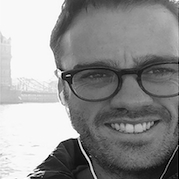 One brand tells you to ‘just do it’, while the other tells you ‘impossible is nothing’. One caters for swoosh addicts, while the other caters to stripe enthusiasts. Let’s take a look at the ‘yin and yang’ of the sporting world – Nike and Adidas.

Fortune reported that Adidas Group, which owns Adidas, Reebok, and golf brand TaylorMade, is still the number one sports apparel brand in the world by market share, while Nike continues to dominate the US footwear market.

How do these brands compare when it comes to conversation volume, share of voice and sentiment in the media? Using our Meltwater media intelligence platform, we take a look at what was said across online news outlets and social media platforms from March 2015 to September 2015. 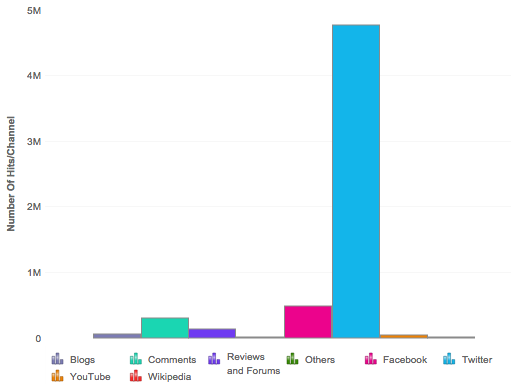 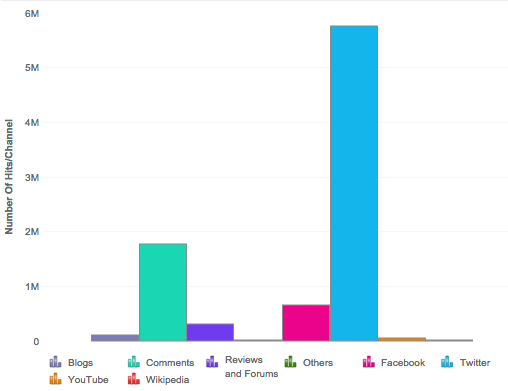 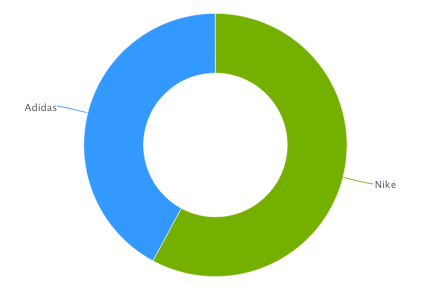 Both brands achieved mainly neutral sentiments on social media. However, Nike has generated slightly more negative conversations than Adidas, likely due to apparel-maker Oakley suing golfer Rory McIlroy and Nike, for breaching the world’s top-ranked golfer’s existing contract with Oakley when he recently signed a new deal with Nike. In terms of online news channels, sentiment was generally neutral for both brands, however negative sentiment was slightly dominant for Adidas, with slightly more neutral sentiment for Nike.

what nike is doing to Kanye rn isn’t even cool/fair, im officially and adidas man now

I’m dressed head to toe in @Nike cheering on @McIlroyRory in the #StraightDownTheMiddle #Nike ad (I’m in the red hat) pic.twitter.com/dYni946cAF

King James celebrated both the city, and the citizens of Akron at the Nike LeBron 13 launch. http://t.co/TgEbY55JFC pic.twitter.com/8M4LN6FYz5 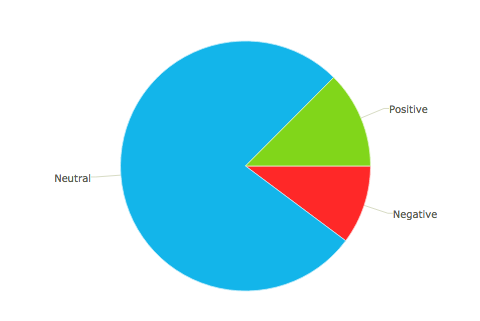 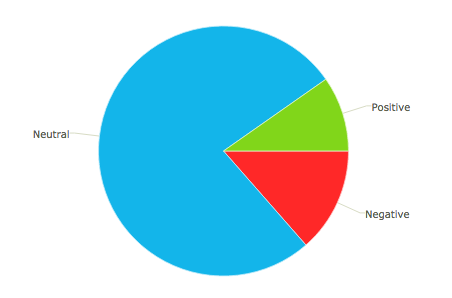 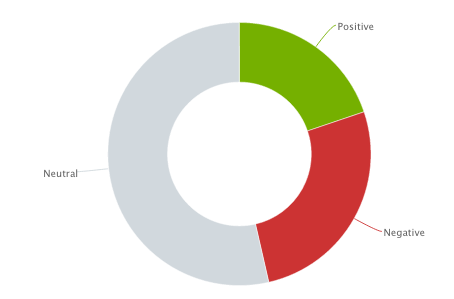 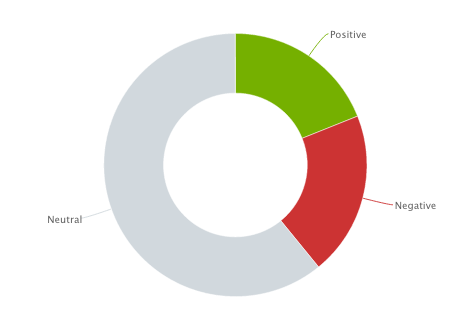 When it comes to Adidas, the trending themes revolved around its footwear, football, FIFA, Manchester United, basketball and the NBA, and mentions of the sneakers that Kanye designed for Adidas. Adidas was a sponsor of the FIFA Women’s World Cup Canada 2015, which was mentioned prominently on social media.

With Nike, the themes were similar – such as footwear, football, FIFA, and basketball with Lebron James and Kobe Bryant – with some conversations also mentioning Adidas. Oakley suing golfer Rory McIlroy and Nike was a prominent topic on social media. 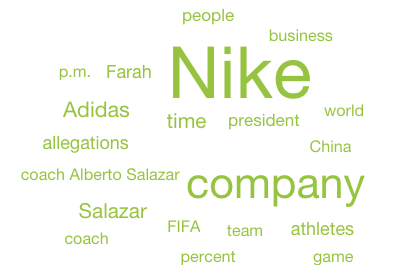 Nike has generated more interest and conversations on social media and online news media than Adidas, across many similar topics over the six-month period. By diving deeper into the valuable media intelligence, brands can understand what insights can be gathered from their influencers and brand advocates. And understanding the key topics that resonate most strongly with their audience, brands can better engage with them and use these outside insights to shape their marketing strategies and stay one step ahead of their competitor.

Check out our other ‘Battle of the brands’ articles:

Battle of the Brands: MasterChef Australia vs. My Kitchen Rules (Australia) »

Battle of the Brands: Coles versus Woolworths »

Battle of the brands: Coca-Cola Life vs Pepsi Next »

« In or out? Tackling the in-house versus outsourcing debateAre you ready to navigate the new B2B landscape? »