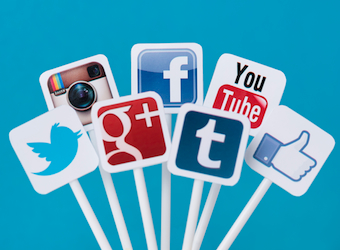 In the world of digital, things are changing on a daily basis. As different social platforms are increasingly competing for more avid followers, tweaks are made to enhance the user experience and ultimately drive traffic (and in many cases, advertising dollars) to them. Cade Witnish takes us through the key social platform updates for August/September 2014.

Facebook has rolled out Ad Manager in its mobile app. It allows on-the-go marketers to pause or resume campaigns, view insights, edit budgets and schedules and respond to alerts.

A new ‘buy’ button is currently in testing. The button can be deployed on Newsfeed/Sidebar ads and Page Posts, and it allows users to make simple, one click purchases without leaving the Facebook site. The feature is forecasted to increase conversion rates.

When a Facebook user asks to ‘hide’ a Newsfeed ad they are now prompted to answer why. This feature will help users find the content they want and help marketers reach people interested in their content.

Ads can now be placed to fans and non-fans twice. Previously, ads were limited to a single placement. Marketers beware; if you’re posting the same content twice, make sure it’s good.

Facebook Messenger has been running tests on two new features: the ability to send self-destructing messages and the ability allow text overlay and doodling over images.

Until recently Instagram was an ad-free service. It’s difficult for Instagram to monetise its service by introducing ads because, by nature, it’s an aesthetic experience. Ugly ads have the potential to ruin that. Ads are not yet available to the public but in anticipation Instagram has released a suite of analytics tools. Instagram ad partners will be able to view post analytics, campaign analytics and have the capability to remotely collaborate on posts.

Instagram recently released its own ephemeral messaging app called Bolt. A clear shot at Snapchat, the app allows users to quickly and easily share photographs with friends. Like Snapchat, the pictures self destruct after being viewed and the platform is designed to facilitate visual conversation.

Twitter has begun testing its first e-commerce product, a ‘buy’ button. The ad will be displayed in-feed, and transactions can be completed with just a few clicks without even having to leave Twitter.

Foursquare has discontinued the ‘check-in’ function, instead pushing users to download their new app, Swarm, for check-ins. While lots of people have downloaded the new app, the new setup has disgruntled loyal Foursquare users and may result in a further decline of popularity.

BY ON 30 September 2014
Cade Witnish is managing director of Loud&Clear, a company he grew from a startup of three employees to 45 employees. He is a co-founder of FanHub Media, a Loud&Clear joint venture building the official AFL and NRL fantasy games, AFL Fantasy Punt and the Official NRL Match Centre, and oversees the Loud&Clear Group of joint ventures including BoxSuite, Sidekicker and Designer Websites. Prior to founding Loud&Clear, Cade garnered over 10 years experience in sales and marketing within the pharmaceutical and medical devices industries. Connect with him on cade@loudclear.com.au.

« The bank of the future: collaborator, facilitator or centre of your information ecosystem?How Jacob’s Creek is positioning itself in the booming China wine market »