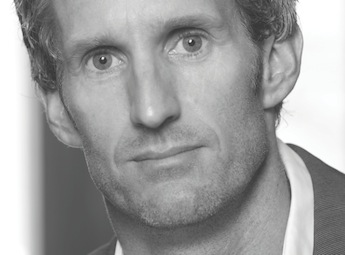 It’s 1984. The first Apple Macintosh is released, Michael Jackson sets his head on fire, Medicare comes into effect, ‘Advance Australia Fair’ becomes our national anthem, crack is introduced into the US, one million people die from the Ethiopian famine and I am wandering around Melbourne with a mohawk. Despite the arguably more memorable events, let’s focus on my mohawk… my purple mohawk. While this may seem a very radical transgression from ‘normal’ society, in 1984 the British punk movement was alive and well and heavily influencing the youth of the world… particularly this youth.

These well-presented professionals were obviously employees of one of the US’s proudest government agencies: NASA. In 1984, NASA was at its height of technological fame and those representing NASA did so with pride.

Two years later, that very same space shuttle, now in its 10th mission, exploded 73 seconds after launch, killing six astronauts and an unlucky school teacher chosen from 11,000 applicants… all live on national and international television. Investigations into the disaster reported a technical issue (a faulty O-ring) along with what they called ‘workplace ethics’ – a reluctance to communicate up from middle to senior management.

It wasn’t until 19 years later and another space shuttle disaster (this time Columbia) that NASA admitted it had a culture problem and set out to solve it.

And solve it they did – in fact some would argue that they transformed the culture. On 6 August 2012, NASA rover Curiosity landed by remote on Mars, controlled by a 32-year-old with – you guessed it – a mohawk. That’s a long way from the ‘Yes Sir’ culture of yesteryear.

NASA’s problem is every brand’s problem

Technology today is moving faster than ever before, and for brands to keep up with, or stay ahead of, the curve, they need to be receptive, agile and innovative.

The other global phenomenon that is currently front and centre for every brand, however, is the uncertainty of the world economy. As a result, brands are balancing two opposing forces and seeking to answer the most critical organisational performance question of our time: “How do we take risks and grow… safely and with fewer resources?” The very same question that NASA managed to solve over the past decade. The answer may be simpler than you think: define acceptable risk and communicate honestly.

Believe it or not, organisations such as NASA and other ‘process heavy’ brands (banks, telcos, insurance, utilities, logistics etc) have many practices and attitudes that revolve around safety and technical risk, often without meaning to develop a ‘safety subculture’. What this means is that regardless of the espoused values and brand attributes, the underlying current of the brand is focused on risk mitigation.

This becomes a significant liability when it manifests in employee behaviour. Brands that have a safety subculture usually also suffer from poor (upwards) communication and a deprivation of creative thinking… because it can be seen as ‘unsafe’ and too risky. In simple terms, this means (a) employees are afraid to tell the truth, and (b) innovation and growth is retarded.

In NASA’s case, the faulty O-ring that led to the destruction of space shuttle Challenger was apparently identified and questioned by a series of engineers, but the problem was never raised to senior levels because it was ‘personally safer’ to not create waves. By not communicating honestly, NASA’s mission, brand and people suffered, the latter paying the ultimate price.

Innovation means making mistakes and learning from them

OK, so we now know that a brand culture of safety can in fact make a brand unsafe.

What is even more obvious is that brands that ‘play it safe’ don’t grow very quickly.

To grow quickly, taking validated risks is a prerequisite, along with admitting mistakes and exploring their cause. Brands that live within hierarchical organisations will struggle to take risks, listen to new voices, admit mistakes and grow. We all know that one of the best ways to learn is to make mistakes, so how can an organisation learn if there is no appetite to hear about failure? Small failures are in many ways a gift. They identify issues and provide a case study to investigate imperfections and opportunities.

Acceptable risk and honest communication are the basics for any successful culture. Due to the ever increasing speed of change, however, coupled with the inherent risks associated with an uncertain global economy, these two organisational values need to fundamentally dictate play. Brands that have either a low tolerance for honesty (good news cultures) or play it safe due to a safety-driven climate of ‘arse covering’ will find that they will fail to keep up. NASA diagnosed and reviewed its culture in 2004, issued new cultural priorities and embedded them over the required period of time (three to five years). The results speak for themselves. NASA landed a dune buggy on Mars via remote control from California almost a year after its launch and is currently streaming video back to Earth. Why the US Government is spending $2.5 billion on sending a go-kart to another planet when its own economy is in the toilet is a matter for another article.

BY ON 18 October 2012
Chief executive of The Brand Institute of Australia, a behavioural analyst
with more than 15 years of brand consultancy experience and a pioneer of organisational branding and culture alignment. Tweet at him using @treacher.