Is your brand a generous one?

Is your brand a generous one? 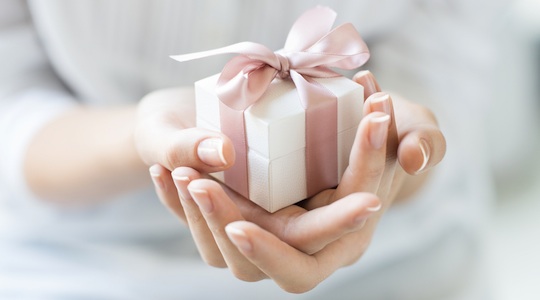 For Patrick D’Souza, the goal of brand advertising is memorability, and the best way to ensure consumers remember your brand and story is generosity.

In an article in the New York Times last year, Malcolm Gladwell wrote “In 50 years, Apple will exist, and Microsoft won’t. However, the person we will remember is Bill Gates, not Steve Jobs!” The point Gladwell was trying to make was that ‘what we ultimately remember about a person or brand, is their generosity!’

Generosity drives memorability, a fact based on the psychological principle of reciprocity – discovered by researchers studying ‘why some waiters get more tips than others.’

The  best ad assets are generous ones

Ads, and ad assets – digital applications, data visualisation pieces, branded events and so on – they’re all the same. Their purpose is singular – to tell a story and to get consumers to buy into it. One of my favourite campaigns  was written for Ben and Jerry’s ice cream by Minneapolis-based Fallon McElligott.

Featured in ‘Juicing the Orange’ by Pat Fallon himself and Fred Senn, one of the ads shows different sized hands of workers saying- “We put walnuts in every ice cream tub. How many you get, depends on who put them in there.”

Another says ‘One man’s imprecision is another’s extra marshmallows.’

What the ads are really communicating is generosity. ‘We don’t count beans or walnuts’. No wonder the brand is the huge success it is today.

If generosity leads to memorability, how can brands, ads – and ad assets – be more generous?

Let’s take banks as an example. The competence of banks is money, and the ability to manage it. Yet, very few provide their customers with the knowledge, and skills, they may need in this area.

At Insanity, we recently developed an idea called ‘The Forgiveness Initiative’. It ‘forgives’ debt the bank has already decided to write off – if the debtor agrees to attend a master class on ‘Money and Managing it’ that the bank’s staff themselves administer. Staff volunteering towards the initiative get bonus points that are added to their KPI’s or performance evaluations.

Is the idea original? No.  It came out of the ‘Hardship policy’ written by a chartered accountant for the energy sector. Under this scheme, energy companies pay a dollar, for every dollar a debtor pays them to settle outstanding bills.

The Wine Institute did a fantastic campaign a while ago where they crunched wine drinking data across the world, and publicised a fact few were aware of – that the city that drinks the most wine was the Vatican.

The Scotch Whisky Association conducted a similar exercise and surprised us all when it crunched data and showed that the country that drank the most Scotch was Singapore. Privately, I believe they misinterpreted the data – Singapore sells the most Scotch thanks to duty free, but I doubt it drinks it.

No shortage of examples in this space. Online calculators (mortgage providers/the ATO tax calculator) are the easiest way to communicate how brands can develop tools to deliver on the idea of generosity.

We recently we developed what we think is a path breaking idea. An app that marries UV intensity down to a geo-local level with melatonin structure (a person’s melatonin level is their body’s natural resistance to harmful UV rays. The app tells people based on the fairness or darkness of their skin, how long they can tan safely in the sun. You can read about it in my piece The API Economy.

When I worked on DBS Bank with Euro RSCG/Havas Singapore, our team developed a very simple idea for their credit card division called ‘who says there’s no such thing as a free lunch?’ The idea, a social one, invited card holders to eat for free at restaurants, for a month, in return for reviewing the meals and restaurants and providing us with content for our site. The first email alone drove 800 responses (a 20% response rate) within 30 minutes of being sent out.

Why does being generous work? The answer is psychological, and based on the  principle of ‘reciprocity’.

According to ‘reciprocity’, a behavioural principle discovered by researchers who were studying why some waiters get more tips than others, ‘we feel compelled (by design) to reciprocate any form of generosity shown to us.’ In their study, tips went up 3% when diners were given an after-dinner mint. Tips went up 20% if, while delivering the mint, the server paused, looked the customers in the eye, and then gave them a second mint while telling them the mint was specifically for them.

The goal of advertising is memorability. The way to achieve it is through generosity – generosity of intention, and action to follow.

Patrick D’souza is founder/principal at Insanity.

BY ON 2 February 2016
Patrick D’souza is a part-time student of Applied Psychology at the Australian College of Psychology (ACAP), Sydney, Australia. He holds an MBA (High-distinction) from the AGSM (Australian Graduate School of management), UNSW as well as Bachelor in Accounting. He works in marketing for one of Australia’s top private equity, debt and capital management firms. You can connect with him on Twitter @patrickbdsouza1