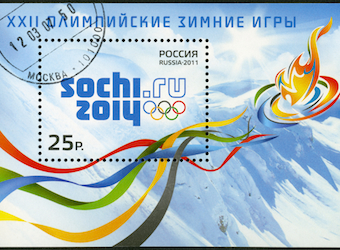 Rather than talk about brand identity design, Russia must recognise that the real role of brand is to serve as an organising principle if it’s to evolve its image on the world stage, writes Sergio Brodsky, associate director of strategy, Melbourne, at Interbrand, in this response to an article published last week on branding Sochi 2014.

In order to unify various pagan tribes within the expanse of what we know today as Russia, in the year 988 ambitious Prince Vladimir decided to introduce icons. History books may claim that what he actually introduced was Christianity… and this is also true. However, figurative icons that one could hang on walls, bring home and revere in churches were much easier to relate to than the abstraction of the holy trinity.

Nowadays, icons are broadly understood as brands and their hosts, as nation brands. Although Dmitry Chernyshenko, president of the Sochi 2014 Olympic Organising Committee, declared these games are all about reframing the perception of what the Russia of the 21st century stands for, his efforts are far from achieving Olympic gold.

There is a symbiotic relationship between a nation’s brand and the commercial brands within its boundaries. Such a relationship implies a mutual reinforcement of associations where a geographic territory (real or virtual) and its internal production are constantly informing one another.

For example, until the Meiji reformation (1868 – 1912) Japan would have been defined by words like: samurai, kimono, geisha and others associated to its folklore. Japan’s industrial revolution opened space for a new word and world: modern. However, Japanese modernity only became memorable when associated with brands like Hitachi (1910), Panasonic (1918), Fujifilm (1934), Toyota (1937) and of course Sony (1946) and the Walkman (1979) among many others.

Above and beyond this understanding is the fact that nation brands and commercial brands have an opportunity to mutually benefit one another. In the case of Brand Russia and the Sochi games, the problem is that not enough Russian-made brands were architected to effectively add value to, firstly, what Brand Sochi stands for, and ultimately to what Brand Russia could be defined as.

Sochi 2014.ru, the first and only born-digital Olympic brand is a brand for the now. Its call to action, ПОЕХАЛИ! (Let’s go!) replicates Yuri Gagarin’s uttering from 50 years ago upon the launch of Vostok 1, the first spaceflight in human history. From the space revolution to the digital revolution this Winter Olympics brand has created a platform with the potential to propel its host nation to new heights.

However, of its 10 official partners only two are technology related: giant telecom brands Megafon and Rostelecom. But who knows about them? Moreover, how many other tech or digital brands are being used to amplify the games’ intended message and transformational potential? Not many.

Promoting the benefits of utility services, like Sochi’s seamless Wi-Fi coverage, is just not effective. People only remember utilities when they fail (eg. the snowflake malfunction). For spectators watching the games from Australia, or elsewhere, quality of utility services makes no difference whatsoever… unless, of course, they fail (eg. that fifth Olympic ring…) and become a joke.

Not everyone is repeating this same mistake though. Samsung has put a Galaxy Note 3 smartphone in the palm of every single athlete so they can know South Korea like the back of their hands. Winter gear company Burton and the US Army Labs created ‘ingredient brand’ DryRide, the material that makes up the US Olympic snowboarding team’s jackets; it was designed purposely for Sochi.

Brand Germany is also profiting from BMW’s high-tech bobsleigh. From sketches to several 3D designs and computational fluid dynamics analysis the composite vehicle became a reality. Precision in engineering and determination are certainly aligned to the values of Deutschland.

The task to redefine what modern Russia stands for is not an easy one, especially when it doesn’t have any true global brand. However, this is also its greatest opportunity. Russia’s icons represent mainly memories from the past that is now blurring the present perception of the nation. Contrary to Japan, when non-Russians or Westerners think about Russia, images of the Soviet regime and recent anti-gay reverberations are top of mind, imprisoning the nation to a stereotyped opinion.

In a way, the saliency of those associations prove that Russia is still a relatively strong nation brand. However, the memories of a wrecked past weakens Brand Russia’s positioning. It neither promotes a more relevant present nor a more prosperous future.

Russia must design policies that can boost entrepreneurship so existing and new brands can develop a truly global footprint and become iconic representations of what Russianness stands for in the digital age. The synergies between heritage and commercial brands exist to aid the process. This should improve Russia’s public diplomacy, increase foreign direct investments and introduce meaningful new icons millennials can relate to. Opportunities are few but they do exist. The 2018 FIFA World Cup is the next big one. Let’s hope Brand Russia does not let it slide away like Sochi’s avalanche.

BY ON 25 February 2014
Sérgio Brodsky (L.LM, MBA) is an internationally experienced brand strategist, a marketing lecturer at RMIT and chairman at The Marketing Academy Alumni.
He is passionate about cities and culture and the role of brands and technology in society, an intersection from where he drew inspiration to conceive a radically innovative approach to brand communications, he coined Urban Brand-Utility.
Connect with Sérgio on www.sergio-brodsky.com or through his Twitter handle @brandKzarglobal brand strategy and innovation. Follow him on Twitter: brandKzar.

« Bored? Lonely? Nothing to do? Just call a meeting!Building the great modern marketer »