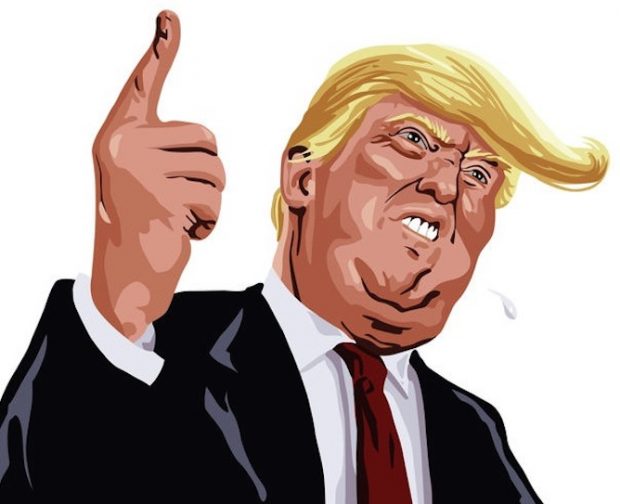 Because at least he has a point of view, writes Jamie Clift.

Before I’m condemned as a fascist ratbag for suggesting we can learn from Trump, hear me out.

We may not like what Trump has to say, but at least he has something to say. And let’s not forget that before revelations about his ‘locker room banter’ were made public, almost 50% of adult Americans gave him their support (that’s about 150 million people).

People are drawn to other people that take a point of view. We want to know what they stand for. Why they take that point of view makes them interesting. Politics is perhaps the pointy end of this scenario, but what happens on the political agenda eventually trickles down through the rest of our society too, just with less fanfare.

The rise of the Independents in the political scene in Australia is not far removed from Trump’s rise in the US. Disillusionment with party politics is a worldwide phenomenon. Why? Look where we are in Australia on issues like same sex marriage. Stagnant. Stalemate. Constipated. We, the voting public, are tired of inaction and our politicians’ preference for infighting and game playing over real decision making and action.

The attraction of politicians like Trump, Xenophon, Hinch and even Hanson, is their willingness to take a point of view.

In the world of brands, despite a box on the creative brief that asks us to nominate a target audience so we can direct our messaging, the truth is we want to be all things to all people. And so we’re terrified of putting anyone off. In doing so we become nothing to anyone.

There are of course some notable exceptions, which makes it harder to understand why everyone isn’t doing it? Patagonia apparel brand is well known for its stance on sustainable sourcing and recycling, Chipotle for its position on non-GM foods and Virgin for championing the underdog (although that seems to have drifted lately). But in Australia, it’s difficult to identify brands that genuinely take a stand, have a point of view and aren’t afraid to share it.

Simon Sinek’s well-made argument around brand purpose is known to us all. Yet even in the face of overwhelming evidence, our efforts seem to be invested more in gimmicky methods of delivering our message, as opposed to the message itself. It sounds old-fashioned to suggest it, but let’s start at the beginning and get our message right, before we race off and create an interactive digital poster just because we can.

Smaller brands in particular benefit by taking a stand. Like handing a mega-phone to a child, they can immediately cut-through and be heard in a room full of grown-ups. Articulating your point of view allows you to place yourself within the conversation and be swept along by the current of that subject. Your brand has the potential to leverage all of that momentum with a few well-placed words.

Just like Trump, supporters of your brand become more than ‘loyal’, they become ‘rusted on’. Un-shakable. Their enthusiasm goes beyond reason and they’ll defend you even in the face of overwhelming opposition. Sure, you may get a few haters, but every one of them is only giving extra oxygen to your own point of view.

It’s easy to get carried away. Taking a point of view doesn’t necessarily mean going to war with half the population, but the more pointed your stance, the greater your ability to cut-through the morass of turgid advertising filling our TV screens and social feeds. And there’s plenty of it.

So, as an avid television watcher and consumer of brand communication, give us something to think about, react to, or even hate. It’s better than simply fading into the background.

Jamie Clift is the strategy partner at Pencil&Pixel in Sydney.

« Technology, purpose and the future of marketing according to Oxford’s Professor Andrew StephenWhat went wrong with Pokémon Go? Three lessons from its plummeting player numbers »