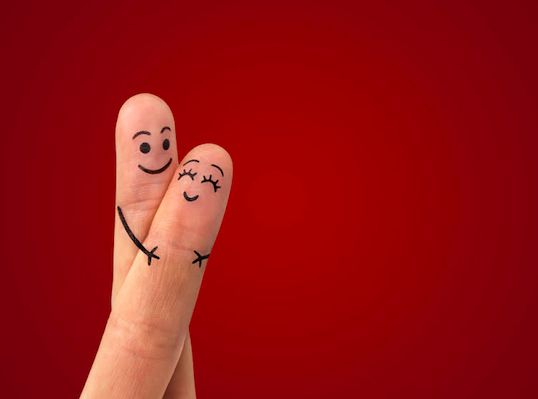 Love is a many splendored thing. When people are starved of it, they get angry and that’s never good for either brands or business. In this essay, timed to coincide with 14 February, the day we set aside for love, Patrick D’souza looks at the concept and unpacks the meaning and benefit it can have when effectively deployed to business and brands.

That the position our Prime Minister holds is under the hammer must now be evident even to him. After only a year in office, what went wrong? Love, I believe. Or the inability to express it.

This is a cabinet that has failed to push much through. I don’t mean that unkindly. When it comes to ability there is no shortage of it to be found in the ministerial collage we call Abbott, Abetz, Morrison, Bishop and Pyne.

However when it comes to love, both their policies and the way they’ve chosen to implement them are severely wanting.

Telling the poor they ‘don’t drive cars’ (poor cricket from Hockey!), the unemployed to ‘go pick fruit’ (Abetz), winking at nanas who ply sex lines because of economic hardship and putting women and children through the most torturous of processes – uncertainty – by literally leaving them at sea – doesn’t suggest love but a severe paucity of it. The people have responded, the party faithful too.

As a species we have a fundamental distrust and therefore dislike for people we believe don’t love or are simply unable to. A study of history provides ample evidence to suggest that this fear is solidly founded. People with low levels of empathy are more likely to display behaviours linked to violence and cruelty. Given the unsettling effect such behaviour can have on our lives as we know them, we choose to vote the individual out.

It happens in politics, as it does in marriage, business partnerships and unions.

Love is the answer, not Malcolm Turnbull (not just yet, anyway).

Love is a many splendored thing, as we know. But what seems to define it best is the concept of sacrifice. This is clear from the lives of almost anyone we hold in esteem today; Christ, Buddha, Moses, Mohammed, Gandhi, Mandela… even the unpredictable Steve Jobs.

What binds all these figures together is a commitment to ‘love’ and its most visible form of expression: sacrifice. All the above leaders display it.

We like the idea of sacrifice because of what it suggests: generosity. We like generosity because it implies security. We therefore run to people (or brands) who offer it.

Author Malcolm Gladwell so believes in this theory. He said in the New York Times recently: “In 50 years Microsoft won’t exist but Apple will. However we will remember Bill Gates more than we do Steve Jobs because of the perceived generosity we associate with Gates as opposed to Jobs.”

Brands find it difficult to understand the concept of sacrifice

It suggests a game you lost rather than won. This is tragic because nothing could be further from the truth. In research I’ve explored using divorce scenarios, the person who perceived themselves to be more unfairly treated, sacrificing a greater share of the family wealth (defined in physical and emotional carriage), invariably ended up happier and soared higher once the emotional pain had been dealt with.

This is consistent with religious scripts and manuals, which near-universally suggest that sacrifice is where true learning, and thus liberation, lies. Fundamentally, this is the thesis that gave rise to Lent (Christians), Muharram (Muslims) and Karva Chauth (Hindus).

Brands that sacrifice benefit in the long-term

When Jobs went back to Apple he sacrificed what he clearly held close to his chest – his ego.

He reported to a man who was inferior by way of knowledge, vision and creative intelligence, Del Amelio, who once said, as Jobs remarks in a video interview with Bill Gates: “Apple is a ship with a hole in the bottom, leaking water, and my job is to point that ship in the right direction”. The remark, mirthfully recounted by Jobs on national TV will go down as one of the most notoriously self-damaging in history. You can view it here:

However strong Job’s love was for his company, his people and his customers enabled him to detach, to delink from the ego and sacrifice what was closest to his heart in order to envision what his faithful wanted him to.

On 12 February, in a tribute almost timed to the day we set aside for this crazy little thing called love (14 February), shareholders returned Apple’s love, making the company the first to hit the 700 billion dollar mark on the stock exchange.

I share my love, or what little is left of it after I’ve been to the Apple or JB Hi-Fi store, between the three key grocery brands: Coles, Woolies and Aldi.

As I use mindfulness techniques to unpack my own feelings about the experiences, I realise the reason I shop at Aldi is fairly unfeeling. It’s simply because their prices for commodity items is good.

I shop at Coles for pretty much the same reason. They offer very good value but not just in the commodity but also fresh food sections – an area where Aldi clearly can’t effectively compete just yet – presumably because the big two have stitched up the supply chain (pun not intended since fines clearly apply).

I find that I shop at Woolies, however, because of the people and the way they make me feel. On one occasion, my backpack was open; a staff member didn’t just advise me of it, they zipped it up as they could see I had my hands full at the time!

This, plus other experiences suggest a brand difference, a difference based on people, training and skills; a difference one is okay to pay a small premium for.

There is no shortage of areas to show love and appreciation

When you love, you care. And when you care, errors and discrepancies magically fade the way denim does.

The experience a brand offers starts to move from cacophonic to euphonic. Experiences move from being rigidly consistent to more flexibly coherent. The focus at all times: taking into account that crazy little thing called love and the courage we display expressing it!

BY ON 13 February 2015
Patrick D’souza is a part-time student of Applied Psychology at the Australian College of Psychology (ACAP), Sydney, Australia. He holds an MBA (High-distinction) from the AGSM (Australian Graduate School of management), UNSW as well as Bachelor in Accounting. He works in marketing for one of Australia’s top private equity, debt and capital management firms. You can connect with him on Twitter @patrickbdsouza1

« The changing look of love: Visual representations of love on Valentine’s Day5 ways data can be used to activate meaningful marketing »