Boycotts and self-identification: emotion versus fact in brand politics

Boycotts and self-identification: emotion versus fact in brand politics 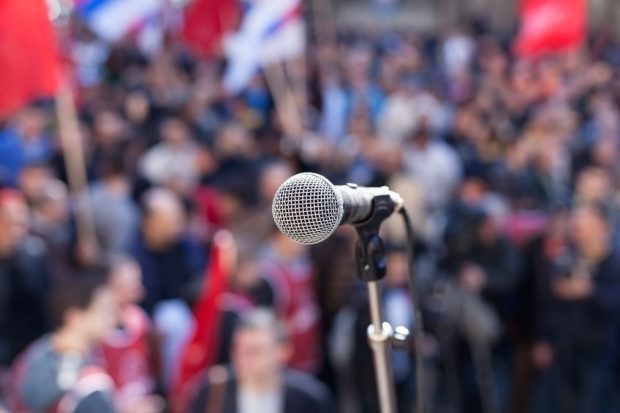 The act of boycotting is as much about self-identification as it is about a brand’s behaviour, writes Sérgio Brodsky.

This article originally appeared in The Identity Issue, our October/November issue of Marketing.

Freedom of speech also means freedom to boycott, and the way we spend our money is, in many respects, a way to assert our sense of identity. Free markets, therefore, can be understood as a dynamic ecosystem involving ethical judgements about corporate and personal values informing what we want to buy and from whom.

As uncontrollable and impulsive as consumer boycott campaigns can be, it would be entirely illegal to try to suppress them. But does that approach really help forge a more pluralistic society or has it instead created rebels without a cause, people blinded by emotion rather than driven by factual, constructive objectives?

The voluntary abstention from using, buying or dealing with a person, organisation or country as an expression of protest was coined in Ireland in 1880, when Charles Boycott threatened to evict farmers unable to meet their rental responsibilities. As a response, labourers stopped working in the fields and stables and an outraged local community joined the protest, with businessmen and women refusing to trade with Boycott and the local postman refusing to deliver his mail.

Since then, several examples of successful ‘boycotts’ have been practised worldwide, with a variety of groups and individuals asserting their philosophical and political orientations by boycotting brands that did not align with their values.

However, a Cone Communications and Echo Research Opportunity Study that surveyed 10,000 consumers in 10 countries about corporate responsibility revealed that an overwhelming 93% respondents were willing to boycott a company for being irresponsible, but only 36% said that they would actually research the company’s practices.

In his book, Lies Incorporated: The world of post-truth politics, US radio host Ari Rabin-Havt talks of an industry of misinformation: “When people are given a choice, they’re going to choose what’s comforting and easy and avoid information that challenges them, getting stuck in echo chambers.”

When marketing and media professionals embrace a system of emotion over factual content, a heavier burden is placed on consumers’ ability to gather and vet information essential to constructing more purposeful identities. In fact, an MIT study concluded that ‘group intelligence’ correlates less with the intelligence of the individuals and more with the social sensitivity of group members.

This can be experienced after spending just a few minutes on Twitter, where the ‘wisdom of groups’ can quickly be overpowered by the ‘madness of crowds’.

A well-documented example of the tragic consequences associated with relying on so-called trending movements to achieve a more reasoned sense of personal identity and involvement began in 1945, when the Arab League created a Central Boycott Office to ensure minimal Arab contact with Israel. Then, in 2005, Palestinian civilian activists issued a call for the Boycotts, Divestment and Sanctions (BDS) campaign that won worldwide sympathisers.

Looking at the 50-plus BDS-listed brands, one can’t help but wonder if this black list isn’t an instance of herd-emotion suppressing individual reasoning. Danone and Nestlé, for example, entered the list in July 1998 after their respective chairmen received the Jubilee Award from Israeli Prime Minister Benjamin Netanyahu. Howard Schultz, an overtly pro-Israel Jew, saw his company Starbucks, join the list as well.

BDS sympathisers are supporting what seems to be a counterproductive movement for economic prosperity and peace in the region. According to the Palestinian Central Bureau of Statistics, Israel employs around 100,000 Palestinians, who earn, on average, 55% more than their peers working in their own territories.

As a consequence, Arab builders, plumbers, taxi drivers, nurses and doctors are the ones who suffer from these emotionally charged initiatives.

And emotions need no visas, as evidenced by the Brexit campaign. Arron Banks, the wealthy donor partly responsible for the campaign, explained Leave’s media strategy to The Guardian: “The Remain campaign featured fact, fact, fact, fact, fact. It just doesn’t work. You have got to connect with people emotionally. It’s the Trump success.” In fact, just a few days before the September US presidential debate, raising his right hand ‘The Donald’ publicly pledged not to use facts. “I challenge Crooked Hillary to take that pledge. I’m only going to debate if I’m treated fairly, and facts don’t treat me fairly,” he said at a campaign rally in Toledo, Ohio.

While the BDS and Brexit are far removed from Australia, there are many local examples, such as the ludicrous calls to stop consuming halal-certified food as it could be supporting terrorist groups! Or the campaigns against travelling to Indonesia after the executions of two of the Bali nine, which seem a tad hypocritical considering our notorious display of anti-social behaviour in the island.

Still, addressing our tendency towards laziness is not enough if we can’t deal with our egos and insecurity. A London Business School study entitled ‘Consumer Motivations for Boycott Participation’ concluded that self-enhancement is one of its main drivers. It means that participation allows boycotters to boost their self-esteem, either by associating themselves with a cause or group of people, or simply by seeing themselves as moral people.

However, when it comes to resolving potential dissonance between personal and corporate values, knowing the facts is probably the best way to ‘know thyself’.

Sérgio Brodsky is a regular contributor to Marketing mag. Purchase a subscription and never miss his columns!

BY ON 2 November 2016
Sérgio Brodsky (L.LM, MBA) is an internationally experienced brand strategist, a marketing lecturer at RMIT and chairman at The Marketing Academy Alumni.
He is passionate about cities and culture and the role of brands and technology in society, an intersection from where he drew inspiration to conceive a radically innovative approach to brand communications, he coined Urban Brand-Utility.
Connect with Sérgio on www.sergio-brodsky.com or through his Twitter handle @brandKzarglobal brand strategy and innovation. Follow him on Twitter: brandKzar.

« Implementing a social media plan with the Social ROI frameworkCan Samsung recover from the Note7 fiasco? »