The importance of values for a growing company: Campaign Monitor interview

The importance of values for a growing company: Campaign Monitor interview 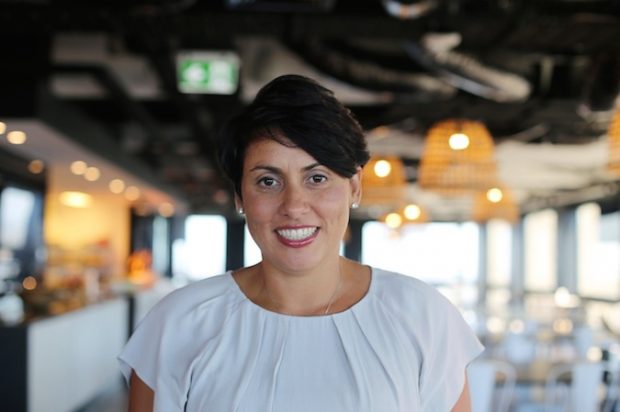 Campaign Monitor’s head of employment discusses the company’s efforts in defining its values to support growth.

Almost a decade on, Australia-founded email marketing software company Campaign Monitor is revving up for a new phase of global growth with a London office opening and brand new marketing automation features launched in August.

But, as any good leader will tell you, it’s the human side of the company that matters most, so we took the opportunity to ask Campaign Monitor’s head of employment experience about the importance of real company values in a growth environment.

Karen Clark has been with the company for more than eight of the company’s 10 years in operation. After starting out in a broad business operations role when the company was quite small, her remit has since evolved into the people space.

Marketing: Why, after almost a decade in business, was it important to formalise and document the company’s values?

Karen Clark: We’ve got five key values that have pretty much been core to our business from the very start. I suppose when you’re a smaller company the way you hire and the way you work really shapes and moulds the business you have, the culture and the values of the business. We decided to officially write them down because the business was growing and it helps with communicating.

The process itself didn’t necessarily come from management. We went out to the business and asked a group of people who had had various tenures with the business and so could give a good cross-section of the culture, as well as some new people. We asked them through a GetFeedback survey to list the types of qualities they would want from their colleagues in a great place to work.

That produced a list and then the two co-founders did the same. We had a look at what the two cofounders and what that group had and the five values are the ones that crossed over between the two lists.

‘Make Mum proud’ is how we treat each other internally and how we treat anyone that we come in contact with. That could be customers, suppliers or anyone. That’s quite a big value.

From day one we’ve lived, ‘If our customers kick ass, we kick ass too’. Originally, the product was built for B2B emails from designers to make them look good and to be successful. The product has evolved to where we also focus on business-to-consumer marketing, but it still rings true. If we make the customer successful, it’s just a natural thing that we will be successful ourselves.

‘Create the change you want to see’ is really us encouraging our employees to get involved in things. We have diversity committees. We host events like Girl Geek. We have great talks every Thursday. That’s driven by the employees, not at all by me or the people space. We wanted a value that spoke to employees and said, ‘What do you want this workplace to be like?’

‘Do less, but do it best’ is about prioritising work. Everything in regards to a start-up is a hundred miles an hour, and we can’t do absolutely everything. Prioritise and do those things to the best of your ability.

M: Interesting that you mentioned ‘start-up’ – do you still think of yourselves that way?

KC: Yes and no. I think we’ve been in the marketplace for 10 years. I think we do, because we just feel that we’re in that start-up. We still feel like we’re growing. We’re growing, with new initiatives and everything, and it’s very much the same philosophy as a start-up. Everything’s really fast. We kind of still do, even though we have been around for 10 years.

M: In terms of growth, is it about sustaining organisational culture, because without formalisation it could change more easily?

KC:  Totally. We have some pretty aggressive growth plans with the business. We’re going to be growing extensively over the next 12 months and these values will help us scale. As we grow our global team, they’re our foundation. At the moment we have 200 employees and we can keep growing but at least the values will never change.

It just helps with scaling and it helps with focus. I think the trend in HR, from my perspective, is that all the challenges of a global company is how to have people engaged. We’ve got an office in Sydney, an office in San Francisco and we’re soon to open one in London.

They’re great for the people that are in the offices but we also have a whole bunch of people who work remotely, so it’s important for them to feel like they’re part of the company. If they’ve got these values that tie us in, and they see that the business is operating by those values, then even though it’s a large company and you’re not necessarily in an office, you still feel connected. I think it really helps to connect people.

M: Speaking more broadly about the idea of values in business, how much of it can you control? How do you find the balance between what comes up naturally and what the company tries to formalise?

Most of our people relate to all five values. Obviously, people will have favourites that they live by all the time. But if you don’t get the buy-in, there is actually no point apart from just a marketing perspective of having something on your website saying, ‘We have these really great values!’ Without actually having employee buy-in, there’s just no point in having them.

We’re a global company. Our roots are here in Australia but we’ve got people all over the world who have different work cultures. The values actually tie us together. We acknowledge that Australians are different to Americans and are different to Europeans, but the values are what link us all as a business and where we’re going.

M: What are the practical ways you see this play out?

KC: Outside of just day-to-day [atmosphere], we created a recognition app. This, again, was one of the values: ‘create the change’.

It actually came up at a hack day, where everyone gets together for 24 hours and can get involved in any projects. One of these hack days created a recognition app. We call it the ShoutOut app.

That was not driven by the people [department] but by the group who said, ‘We have all these great shout-outs and stuff at our monthly all-hands meeting, but it’d be really great to have something that people could use to recognise a colleague for doing something in the business.’ ShoutOut is a really simple tool to use on a daily basis. We get two or three shout-outs linked to one of the values each day throughout the business.

We had a launch recently and we had some catering in-house yesterday done by our kitchen chefs. They did this awesome cake that looked like what our app looks like. Someone in the app linked it to our ‘Make Mum Proud’ value and said, ‘This is really great! Thanks for making this cake for us all!’

That gets put into a Slack room that gets shared throughout the business. As a business, we’ll get shout-outs and notification of people that are doing things in San Francisco or in Europe, and it’s linked to the values. That’s just one little example that’s actually been driven by the employees, but it is actually like a living thing every day.

M: Does something get scrapped if it doesn’t meet one of those values? As in, the expression that ‘a principle is not a principle until it costs you something’?

KC: Pretty much. There’ll be often round discussions at various levels of the business, from executive down to the normal stand-up. Anything in relation to employee relations or how we’re treating customers or even the product. The ‘Do less but do it best’ value is a good example – how complicated do we want to be? We have been in meetings where things get brought up and we’re like, ‘Well, would that actually make mum proud?’

Quite literally, something would just get scrapped if it actually doesn’t fall into that value. The same with hiring. We’re hiring and growing rapidly at the moment. There’s so many brilliant people out there, but if they don’t actually portray the values that we have it’s just not going to work out. It’s daily. We have the value  on our walls. We have stickers. We have T-shirts. We have a monthly all-hands meeting and we have one monthly hero, which is linked to a value.

Last month, we had a company off-site and we had yearly awards, in which five awards were given to five individuals who represented. That wasn’t voted by management, it was voted by people who lived it.

M: How do you gauge success from this kind of initiative and how that links to brand?

KC: In regards to linking the values and our brand I think they only strengthen our brand we have. Of course, we measure our brand, but we don’t measure our values as such. The values part is really just an organic element of the business, but you need to get the employee engagement to make it real, or else it’s just meaningless and no one will relate to it at all.