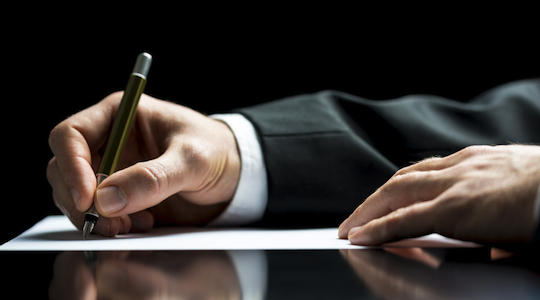 Jaci Burns is not afraid of going straight to the top. Try writing directly to a company’s CEO, she advises, to express both your grievances and positive feedback. These are just a couple of occasions she’s been compelled to act, leading to perhaps surprisingly positive outcomes.

Early on in my marketing career I made the decision to bypass traditional customer feedback channels and instead go straight to the top. Whenever I want to relay feedback of any nature, I write directly to the CEO or equivalent. There is no better test of an organisation’s culture, or of its commitment to customer service, than its leader’s words and actions.

A fun example: About ten years ago the wafer-thin heel on one of my favourite Dolce & Gabbana stilettos snapped when I slipped between some pavers. Unable to find a local cobbler willing to attempt the delicate repair, I mailed my shoe directly to Domenico Dolce himself. In Italy. Signor Dolce repaired and returned my shoe within 36 hours. I kid you not. I have told countless people about this wonderful experience.

Over the years I’ve written letters to CEOs of many big, global brands including Vodafone, American Airlines and Hewlett-Packard. While the style of each response might vary, one thing is consistent: how accessible these leaders are (especially via email), and how responsive they are to feedback. All feedback.

Yesterday I wrote to the President and Global CEO of Marriott International to compliment him on the terrific experience I had had in dealing with one of his California-based sales executives. It took just a few hours for Marriott’s Global CEO to personally respond to me – a couple of lines sent from his phone. That was impressive. However what pleased me most was waking up this morning to an email from the sales exec who, probably for the first time in her tenure, had received direct recognition from the ‘big boss’.

Two things you should know:

BY ON 26 March 2015
Jacqueline (Jaci) Burns is managing director of Market Expertise, a B2B agency which specialises in the marketing of services, solutions and intangible products. Based in Sydney, Market Expertise works with ‘smart companies’, both Australian and international, from the financial services, professional services, technology and knowledge sectors.