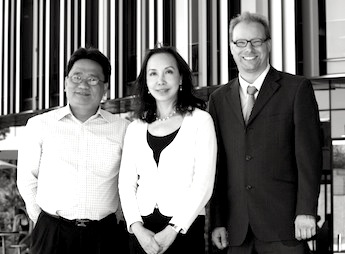 Chinese consumers are an important target market for banks, both in China itself and also overseas. A recent academic study tested for levels of business assigned to banks by Chinese bank customers. The investigation of Chinese banking behaviour found that ethnic Chinese have overall adapted their customer loyalty to local environments in Australia and Canada.

The joint Australian/Canadian study also investigated borrowing behaviour and found that the Chinese have much lower loyalty levels than the Caucasians. When financial need arises, the Chinese draw on their own savings: with savings between 30-40% of their annual income, the Chinese have one of the highest savings rates in the world.

The ethnic Chinese are an attractive segment with enormous potential for growth, but their low loyalty levels for borrowing products require more aggressive marketing campaigns. Overseas Chinese are entrepreneurial and engage in real estate investments, making them profitable segments for new and increased loans and lines of credit. The challenge for banks is that this segment is highly competitive and shops around for the best deal, putting pressure on Western and Asian banks alike.

Western banks need to better understand Chinese consumers where the lowest loyalty levels were found in China itself. The Chinese in China only borrow 19% from their bank since Western and local banks are in direct competition to microfinance pools hui (the Chinese term for ‘club’). Huis are the cornerstone of China’s relationship-based informal Rotating Credit Associations where family and friends self-manage their finances. Therefore, banking products and services in China need to be positioned and promoted more competitively in order to deviate borrowing business from family and friends to the formal banking industry.

Details of the two studies referred to can be found here and here.

« Thriving in the age of digital publishingGetting to the heart »