Coca-Cola says ‘pay to play’ social media is an opportunity

Coca-Cola says ‘pay to play’ social media is an opportunity 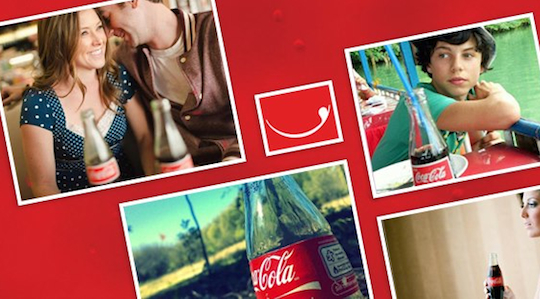 As social media increasingly asks marketers to pay, Coca-Cola has proven paid campaigns can work just as well as relying on huge organic reach, writes Louisa Dahl, managing director of Interactive Minds. Here she discusses the learnings of Wes Finley, global digital marketing operations lead for social at Coca-Cola, who is speaking at breakfast events in Brisbane and Melbourne next week.

The organic reach of social media has waned in recent years leading some organisations to question the value of their social media investment.

And yet according to the 2015 State of Marketing Report, 66% of marketers see social media marketing as being core to their business.

At Coca-Cola, studies indicate a well-managed $500 to $1000 investment in paid social media promotion can generate the same response as organic brand content shared with over nine million people.

“This finding demonstrates that extensive social media exposure is achievable for organisations of all sizes at quite a reasonable cost,” Finley says. “In addition to this, small to medium size businesses have an advantage of being able to be agile in their approach.”

Agility is a term now also being used to describe marketing and relates to the flexibility of small to medium size organisations to move quickly, try new techniques and to implement iterative improvements.

“Moving forward, smaller organisations have an opportunity to look towards new social media practices and platforms to leverage growth. They have agility on their side and don’t need to simply follow the big brands in their social approach,” Finley says.

One example of this agility may be to internalize paid media testing.

“Programmatic bidding offers lots of great ways to ‘game’ the system if you are clever. And when these tests are conducted internally knowledge stays with the organization as opposed to a media agency.”

The value of organic reach

Although reach can be achieved with paid advertising, this doesn’t mean that brands should stop growing their organic following.

“Reach is only one element of social media. Having a large organic following lends credibility to your brand. Followers feel a sense of community through association. And they have greater measurements of brand love and purchase intent.”

Although ‘pay to play’ social media does still leave a bad taste in some marketers’ mouths, this is a channel that can’t be ignored and one that requires ongoing investment.

“The good news is, not many brands have mastered paid social practices like they have with traditional channels,” Finley says.

There is still lots of opportunity and success doesn’t always require a huge outlay.