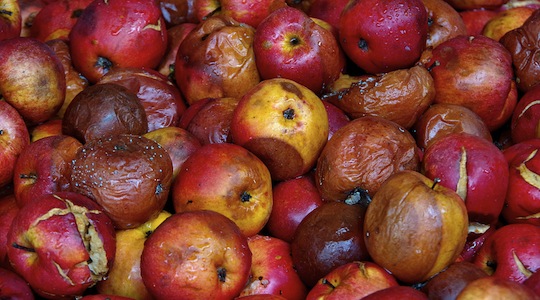 Caroline Regidor looks at the recent corporate crises between ASIC and CommInsure, the role of the media, and potential effects on consumers and big business.

PR mavens love a juicy scandal and the month of March delivered the goods. Here we compare the two corporate crises that have dominated the front pages.

But first: the true winner was the media

Hurrah to Fairfax and the ABC for doing their jobs spectacularly as the fourth estate. Historically, the fourth estate’s role was as a check and balance on the powers of the three branches of government. The power and influence of the private sector justify the extension of the media’s role into keeping corporates honest.

Adele Ferguson and her colleagues have approached business journalism with an investigative reporter’s eye. Having worked for a newspaper myself, I appreciate their meticulous research and tenacity. (Full disclosure: once upon a time, I was an op-ed columnist at the Daily Telegraph, where fact-checking was not the top priority.)

ASIC, where is the love?

CBA’s CEO Ian Narev had described CommInsure’s claims mismanagement as instances where the bank ‘focused too much on process rather than people’, and that ‘being ethical does not mean being perfect.’

ASIC has heard this type of messaging many times before; rumour has it that the government agency has staff dedicated to ‘bad apple’ cases, such as rogue financial advisers.

ASIC chairman Greg Medcraft’s message to CommInsure, delivered in front of a business audience last week, was loud and clear – the problem goes deeper than a few bad apples. It goes to the very core of its corporate culture (pun intended).

Meanwhile, Medcraft has nothing but praise for Elmer Funke-Kupper, who swiftly stepped down from his role as ASX CEO when allegations of corruption from when he was at Tabcorp got serious legs. Medcraft called Funke-Kupper creative and talented, and said we must respect his decision to resign.

Time will tell how the CBA’s management team might change in the wake of ASIC’s investigation, and while there is inaction, Fairfax’s commentators will continue to ask for resignations. In contrast, the ASX nipped this issue in the bud when Funke-Kupper resigned of his own volition.

The ASX managed the story in the media so effectively that Funke-Kupper’s integrity and career achievements were applauded in the same breath as the reports around the alleged bribery.

What does it mean for consumers and business?

CommInsure has updated its insurance policy definitions, which must be a relief for its customers.

Funke-Kupper’s resignation could set a new benchmark for corporate Australia. Yes, the ASX has a special role as regulator besides being a listed company itself and is arguably subject to more stringent standards. Leaders caught up in scandals in the future could be expected to respond in the same way that politicians and other more ‘public’ figures do. Such is the blurring of the divide between the public and private.

BY ON 7 April 2016
Caroline Regidor is managing director of First Degree PR. Caroline has over a decade's experience working within the media industry and providing comms advice to leading corporates such as the Commonwealth Bank, Colonial First State, Baulderstone (part of the Lend Lease Group) and Gadens Lawyers.