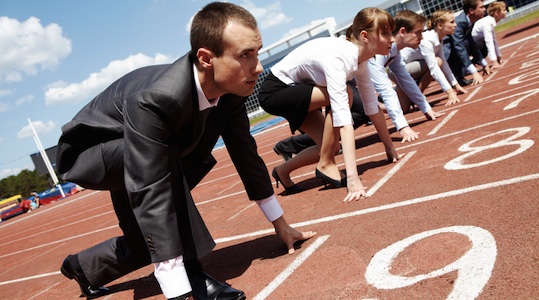 Janine Garner warns marketers against placing too much focus on the competition. 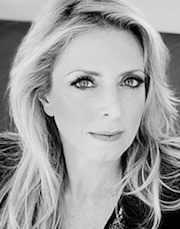 The phenomenal speed of change that got us to the 21st century’s technological frenzy is not going to slow down any time soon – and it is creating an uncertain future on a global business level that is naturally demanding change. There is an ongoing war between the need for stability and the need for growth. The world as we know it is becoming increasingly competitive – we can see, feel, almost taste it every day in our own business areas, teams and lives.

We even have the experts telling us that we are now living in a world which is volatile, uncertain, complex and ambiguous. Yes, thank you very much, we know – we are all feeling it every day.

The business of busyness is speeding up as we play snakes and ladders on the way to achieving our goals. Achieve a marketing win – up a ladder we go to the next profit margin. Then boom – a competitor somehow gets their almost identical campaign out the day before you, and down the slippery snake of self-pity and ‘that was my idea!’ we go. Customers, clients and suppliers are becoming more demanding and every single one of us is being asked to do more, with less resources. The challenge to continuously innovate, ideate, and disrupt the status quo – and to change that which is working for us – is constant.

The result? A business game board that looks awfully scaly, as the snakes down out number the very few ladders up to the winning spot. As a marketer by trade, I was trained to keep my eye on the competition. To audit regularly. To watch them like a hawk. To fight for those small percent changes in market share; and above all else, to stay ahead, ahead, ahead.

But is keeping your eye on the competition fueling your business fire, or simply dampening your spirit? We know the business landscape is changing in the blink of an eye so the question is this: is there a risk of spending so long staring at everyone else that, when we remember to take said blink, the future is suddenly the present – and we are no longer a participant in the snaky game of commercial and market success? Are we in fact getting so caught up in watching the competition that we enter into comparison mode 24/7, self questioning – rarely for the better – and instead of moving forward we end up being frozen in self doubt?

The result? No goals achieved, no journey’s summit reached. Instead the entrepreneurs, the innovators, the disrupters and the change makers whose belief is so strong climb ladder after ladder and in doing so change industries, create new markets and drive changes in consumer behavior. I’m not naively saying let’s ignore the competition, letting them go on their merry way, (or for that matter general market activity) by any means. What I am saying, is this:

Use your awareness to your advantage

It’s time to take the blinkers off and open your eyes to possibility. Don’t lose your momentum by focusing on others. Instead use this awareness to reinforce plans and dreams, and, if necessary, change direction towards that dream.

You are your key competition

The first competitor audit is with yourself. Better the last goal, ask the hard questions of yourself – are you growing in sales, profit, learning, are you on the path to success? Or are you stuck because your competition audit is creating self doubt – and subsequently stopping you in your tracks?

If you want anything to change, if you want to stretch your thinking and ideation, you have to be the one to make it happen. Questioning the why, the who, the what, the where and the when absolutely will bring a catalyst about. It will alter outcomes; it will immediately make you an innovator, an inventor and an explorer. It will bring possibilities that before may have seemed like impossibilities.  But don’t get caught up in the curiosity of others and what they are doing so that it stops you well and truly in your tracks. Become a disruptor and throw some fuel on your own fire – light up the business sky. Don’t let your own flame go out simply because someone else is burning brightly. Remember, they may be thinking about how warm and strong your flame is too.

Janine Garner is founder and CEO of LBD Group.

« Broadsheet, the return of quality content, and the futureHow collaboration and culture underpin innovation, insight at Pernod Ricard Winemakers »