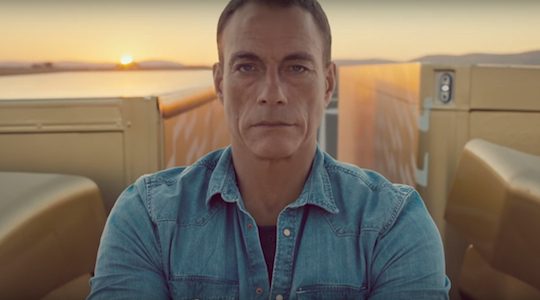 Is that web film content or is it a commercial? As agencies rush into content marketing, Lauren Quaintance argues that marketers need to understand what they’re trying to achieve with content and what type of agency should create it.

When I meet clients who are new to content marketing to talk about what I do I often make a joke at my husband’s expense. I talk about the fact that as a specialist content marketing agency we create authentic, editorial-style content and then I say: “But if you asked my husband, who is an advertising agency creative, to define content he’d probably tell you it’s an installation in Martin Place filmed for the web.” It’s designed to get a chuckle but, then again, many a true word is spoken in jest. Because content is a broad church.

I was reminded of this again a couple of weeks ago when I was on a panel judging the branded content categories at ADMA’s Australian Creativity and Effectiveness Awards. The entries ranged from websites chock-full of useful-but-unsexy content to publisher/brand partnerships to online videos and web series. (Winners are announced at a gala dinner in Sydney on 29 October.) More than once I found myself asking out loud: “Is this content?” And “How is this different from a commercial?”

It got me thinking about some of the most lauded examples of branded content in recent years such as John Claude van Damme’s ‘Epic Split’ for Volvo.

Now that is undoubtedly one of the most memorable videos on YouTube (a mere 80 million views) but is it content? I’d suggest that, apart from the fact that it ran on the internet, there’s very little difference between the 1.17 second Volvo spot and any number of traditional ads that ran on TV in the decades before.

Take Apple’s 31-year-old commercial to launch the Macintosh computer ‘Why 1984 Won’t Be Like 1984’ (78 million television viewers during the SuperBowl).

Depending on your point of view, that one-minute Apple spot inspired by George Orwell’s dystopian novel, is either a remarkable piece of storytelling, or it’s just a great ad run on what is now an unfashionable platform. It’s hard to say exactly how ‘1984’ and ‘Epic Split’ are fundamentally different – apart from the method of delivery­ – and yet just about everyone in the advertising industry seems to be at pains to describe the latter as anything but a commercial.

The Content Marketing Institute defines content as anything that is “valuable and relevant”, which is a fairly sweeping definition which could, arguably, include anything from an article to that installation in Martin Place. As I said, it’s a broad church. I’ve come to the conclusion that there are three main types of content, each of them play a different role in engaging and converting customers, and different kinds of agencies are best placed to produce each type of content.

We hear a lot about brands as publishers but less about brands as entertainers. This is sometimes called branded entertainment and can include anything from web films and shows produced by brands (such as Absolut Vodka’s 2010 short film ‘Lemon Drop’ starring Heroes actress Ali Larter which is spoof of Quentin Tarantino’s Kill Bill movies) to viral videos that might otherwise be indistinguishable from TVCs (such as Ricky Gervais’ ‘anti-ad’ for Optus).

Content that entertains is usually funny – or at least it is meant to be – it is usually fictional and usually a one-off or run for a fixed period. More often than not, marketers who create this kind of content want to appeal to a broad audience, they’re usually aiming for social shares and the goal is brand awareness. It is also mostly the domain of creative agencies or television production companies who, I believe, are best placed to create content for its sheer entertainment value.

“Make them laugh, make them cry and make them wait,” as Charles Dickens used to say, except it seems that more and more brands just want to make us cry. Some commentators have called this trend ‘sadvertising’ and suggest it’s part of a broader cultural trend that means audiences now have a thirst for real, life-changing stories. Content that inspires can be one-off and its purpose is usually to create an emotional connection that creates an affinity with a brand.

It tends to be non-fiction – real stories about real people – so while creative agencies can create this type of content, publishers and content marketers with an editorial background are particularly well-placed to find and tell these stories.

Tourism Australia’s global content editor Andrés Lopez Varela told a Storyation breakfast earlier this month that more than anything the national destination marketer’s content had to be useful so it would attract people to their site from search engines.

“It’s important to consider ‘Does this have utility for the audience?” he said, “Will they find it useful?”

That’s what most people outside of creative agencies mean when they talk about content marketing – producing articles, infographics and videos day-in and day-out that fulfill a need for an audience that is often in the research or conversion stage of the buying journey. They are looking for credible and authoritative information and they are closer to making a purchase decision.

So is my husband’s installation advertising or content? It’s probably both. The main thing marketers need to be clear about is whether they want to make their audience laugh, cry or think – and how that will fit with their brand values and drive business objectives – and then get the right agency to do it for them.