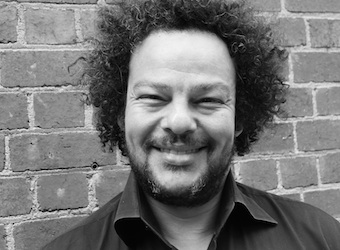 There has never been a time containing more stuff – it’s a never-ending deluge that gathers pace exponentially. Tom Hyde says that content marketing has lost its way and shares his 10 rules for making content people actually want to spend time with.

It’s such an ambiguous descriptor.

The answer of course is ‘yes’ to all of the above. Content can be a map, a brand history, an information video, a game, an article, a blog post, an image, a joke, films, vines, a piece of music, a review, the list goes on…which still leaves us none the wiser as to what it actually is, or what a content strategy might look like?

If I were to attempt a definition that describes all the popular examples listed above, I would say they are all culturally resonant artefacts that an audience wants to spend time with. They have been created to be entertaining or enlightening or both. Conceived with an audience in mind, they strive to strike a chord with the masses; which is why content is of the upmost interest to brands, because making things lots of people want to spend time with is a valuable thing when it comes to selling things.

Unfortunately, content in the marketing world does not always live up to this definition, mostly failing to resonate as effectively as Miley Cyrus’ gyrating behind. Somehow content has lost its way, becoming a means to an end, rather than a creative ambition, a panacea, fulfilling marketers’ need to get stuff out there, whether there is an audience for it or not.

And so content has become a word that has become interchangeable with stuff. We live in a world erupting with vast swathes of it. There has never been a time containing more stuff. This is the ignominious ‘Age of Stuff’, if you like, a never-ending deluge that gathers pace exponentially.

Faced with this expanding cosmos of choice and an ever-decreasing attention span, brands have to work harder to capture our imaginations. Content strategy is a byproduct of the escalating challenge to connect. It is a strategy to get your brand seen amongst the deluge. It has been embraced by marketers wholeheartedly because the more content you put out there, the more visible your brand becomes to Google’s search algorithm, the more likely someone will spend some time with your brand… or so the theory goes. So content has become a pragmatic approach to hooking an audience’s interest. Throw a line in with many hooks baited with different types of stuff and hope that a fish or two swims past with that particular stuff-penchant.

And herein lies the problem. Content for the most part has become a strategy rather than a creative endeavour. It’s treated as something to produce cheaply and quickly and get out there. Its objectives are all out of whack, focusing on search rankings rather than brand fame and commercial impact.

Brands are embracing the discipline wholeheartedly because it seems much cheaper and quicker than making telly ads. And as their enthusiasm for stuff intensifies, a multitude of production, media and agency types are eagerly proffering their content-y services. But without the same rigour and craft employed with TVC’s, these cheaper forays into the world of communication risk being windless whistles puffing in a gale.

TV ads are of course also content, but content with a defined role, and clear communication objectives. Like the content examples above they are created to strike a chord amongst the masses and the best ones employ age-old techniques to do just that. It’s called storytelling.

“You can say the right thing about a product and nobody will listen. You’ve got to say it in such a way that people feel it in their gut. Because if they don’t feel it, nothing will happen.”

And this is true of content as much as any traditional advertising. Whether it’s enlightening or entertaining your brand needs to tell stories that people want to spend time with, not a few thousand here and there, but lots of people. Whether it is a ‘How To’ video or a blog post on the creative uses of Velcro, the content needs to be gripping.

We need to stop shot-gunning stuff into the ether and start creating rich story ecosystems made of culturally resonant artifacts that audiences clamber to spend time with; A shift of ambitions, from cheap internet filler, to rich and compelling storytelling.

So next time you are faced with a brief that demands content, or someone in your team suggests making a video, ask yourself these four questions:

Here are my top 10 rules for making content lots of people want to spend time with:

So content is here to stay. It’s always been here, but it was once called, art, music, books, film, and TV. We need to remember what makes the best of those compelling, and employ the same passion and focus into the big and small things we create online. Coherent compelling stories that resonate with the masses and with our brands cavorting centre stage.