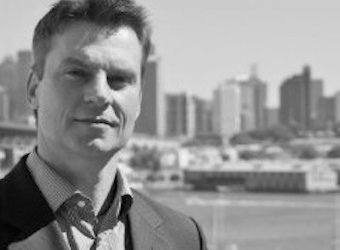 Peter Strohkorb argues that companies are embracing new technology “the wrong way around” and putting people last. He explains how companies should go about introducing new CRM systems in order to have the best chance of success.

First a caveat: It have nothing against technology. In fact, I am a big fan of it and believe that it has delivered great benefits to humankind. This article is about the way that it is often implemented, not about the technology per se, because human nature is such that anything that is imposed on us will initially be resisted, or even become outrightly rejected.

In my opinion, most business technology implementations are conducted the wrong way around, i.e. focusing on the technology first, not on the people using it.

A common pattern that I have observed is that business executives become excited about what technology vendors are promising from their latest ‘solutions’, be it CRM systems or any other kind of business process automation tool. In my line of work I have experienced numerous implementations of CRM and sales enablement software, and this is how it all-too-often seems to work out:

Eager to see the promised business benefits materialize the executive team approves funding and hand the implementation over to the technical team, who then appoint a project manager to coordinate the various project streams.

Have you heard the saying that “To a hammer, everything looks like a nail”?

What I have seen is that at that handover point to the implementation team the entire project focus changes, from the broader perspective of delivering business benefits towards mostly just getting the technology installed on time and on budget. The project plan suddenly moves to reflecting milestones and deliverables that largely focus on the technology, while the end users often become a bit of an afterthought. “Oh, we’ll give them training,” is an often-encountered response.

Why is that wrong?

How many sales reps do you know who love filling in forms? I have seen CRMs that demand the sales reps to fill in dozens of fields for each client interaction. Are you surprised that they then balk at this task and that process compliance and technology utilization rates reach nowhere near their projected targets?

Let’s face it, sales reps don’t view CRM systems as sales support tools. They see them as sales management tools, and what’s more, they expect them to require giving up their personal knowledge and client relationship information. They often feel that giving up this personal information makes them more vulnerable to job loss when their employer organization decides to downsize its sales force. In their minds, filling in CRM data is not only boring, time consuming and taking them away from selling but also reduces their personal job security.

According to Accenture, 85% of technology projects fail to deliver the anticipated business benefits. Is it any wonder?

Are you surprised to hear that most CRM implementations take two to three years before they start to deliver the business benefits that the vendor promised would happen in a much shorter time frame?

So, what is the solution? For a start, don’t follow what seems to be the standard way that consultants like to work and that many technology projects seem to be implemented. That is, all too often have I seen consultants and technology experts come into an organization, work predominantly with the executive team and with the IT department on a process and technology solution that is then imposed on the end users with only the barest minimum of consultation. The catch-all that I have witnessed, as far as the end users are concerned, is often just a group email addressed to them with a list of the proposed solution features, and the laconic offer to “Let us know if you disagree with anything”.

Should we be surprised then, that when the new tool is switched on, the end users do not naturally embrace the change, and often outrightly resist the new solution, complaining it does not work the same way, nor better than the old?

I have even seen instances where the design of the new solution was changed at great expense and significant delay after it was first launched, in response to belated end user feedback. As is so often the case, the people at the front line often have the best ideas but they rarely feel empowered to voice them, and only very few are ever asked for their opinion.

My recommended approach is to include those people early and comprehensively who are most immediately impacted by the new process and technology solution, namely the end users. What’s more the very people that help to craft the solution will be far more likely to embrace it after implementation and they will be far less likely to resist change.

So, in my opinion, most business technology implementations are conducted the wrong way around, i.e. focusing on the technology, not on the people using it.

One of my favorite sayings is this:

“You can have the latest technology and the most sophisticated processes, but if your people are not with you then it will all come to nothing.”

Why is it then that most business technology implementations, particularly as far as CRMs are concerned, seem to focus on the technology first, and on the people last?

So, are most business IT solutions implemented the wrong way around?

« A marketer to the end – cartoonThe return of Mercedes-Benz Maybach: just the right amount of luxury? »