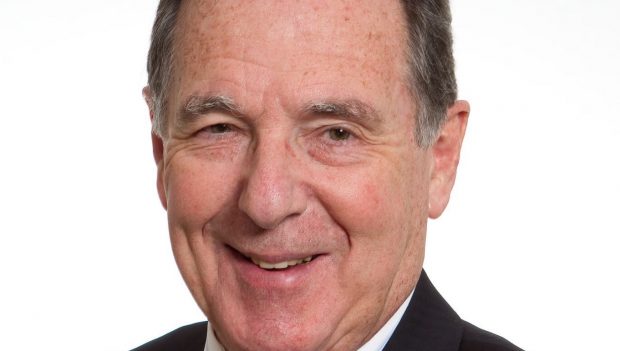 Marketing speaks with Graeme Samuel, chair of Data Governance Australia, about the need for a self-regulatory body for the responsible use of data.

Data Governance Australia was launched earlier this month to establish industry standards and benchmarks around the collection, use and management of data in Australia. The not-for-profit association is chaired by former ACCC chair and current Monash Business School Professor Graeme Samuel. Marketing spoke with Samuel about the need for a regulatory body, and its aim to map out a framework for responsible data use in a rapidly changing environment.

Marketing: Why the need for a new body like this one?

Graeme Samuel: Data has become an increasingly important issue in terms of business, government and consumers. For consumers, whoever owns the data that might have some of their private information, or information they regard as being private.

For business and government, it’s the ability to collect and use that data to analyse it, in order to make more effective and more efficient both government and business operations.

So, as far as industry is concerned, it really has two choices. One, it moves to regulate itself, to deal with the collection, analysis and use of data in a way that is going to meet current community expectations, or by default, government steps in and government regulates it.

Government will be the first to admit that it has a tendency to over-reach with regulation. Sometimes, that over-reach can stifle innovation and business imperatives. If business can regulate itself, set itself up as having the ability to regulate issues that are of community concern and can do so with integrity, with accountability, with transparency, and with trust and credibility, then it’s done everything the community would expect.

Of course, if business fails to do that, if for any reason it doesn’t deal with community expectations, or if it does so in a manner that doesn’t engender a sense of transparency and trust and credibility, then the community will express its concern, and government will naturally react with regulation.

M: Have you sat as a group yet and mapped out a framework for effective and responsible use of data?

GS: Absolutely. We met several weeks prior to the announcement, to set some process of action, and then met immediately after the launch and spent several hours working through a whole range of issues. Not the least of which are the ‘headline issues,’ to be dealt with in a code of conduct, and set up a working group that will now set the path to draft that code. We’re hoping that in the early part of 2017, we’ll have a draft or a document to be able to go to the ACCC, where it needs to be the subject of analysis and review, and hopefully authorisation.

The process will involve contact and consultation with a broad range of parties, in particular at government level with the privacy commissioner, because, privacy is a significant issue. Involving and working with consumer groups to deal with their areas of expectation and concern, and obviously with a variety of industry groups.

It’ll be focusing on all those, and ultimately, next year with the ACCC with the authorisation application.

M: What are some key focuses you would recommend around the responsible use of data?

GS: I think the primary one is going to be the issue of dealing with privacy. If you look at data, and you look back just at recent times, the mention of metadata, the mention of the ABS and the retention of information including private addresses. It suddenly raises spectres of privacy, it raises spectres of the big hand of government, for example, impacting on the private activities of individuals and the community.

That has to be a single primary focus. That’s where the privacy commissioner will become involved.

The other areas are how data might be used to enhance business activity and business innovation. Consumers, as a result, might feel a sense of disadvantage in dealing with businesses.

There’s some balances that need to be struck there. I ask the question of digital balance because there are those in the industry that will take a very extreme view, the view might be one that shareholders are the only thing that are important, return on investment is the only thing that’s important.

But if you ignore community concerns, then inevitably a legal representative committee, which is the government, will regulate.

There are some at the other end of the spectrum, community consumer groups, that will take a very strict view on privacy, and say that any use of data at all that can be interpreted as a misuse of data, is an infringement of privacy.

When we had the terribly sad issue of Jill Meagher’s death in Melbourne, in Sydney Road Brunswick, there was talk about the increasing use of CCTV and there were some groups who took the view that said ‘CCTV infringes on your privacy’.

Frankly, I’d prefer my privacy to be infringed upon if it’s going to make the community it a safer place to live, and to be able to deal with those who may offend. Jill Meagher was a very good illustration of how data can be used, and data tracking can be used to actually a criminal who’d committed a murder, and yet, it does mean that we subject ourselves to what some might regard as a breach of civil liberty.

And, to satisfy business that it’s able to do so in a way that is secure and can enable it to innovate and be creative in an ever-technologically focused business world.