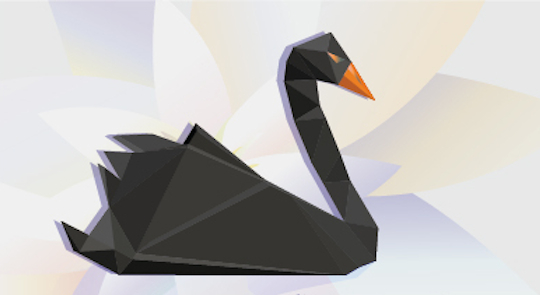 Ahead of his appearance on the Cannes Direct Lions Jury, OgilvyOne creative director Rob Morrison talks about whether data-driven marketing is the new direct marketing.

In one of David Ogilvy’s lesser-known speeches he’s quoted as saying, “I’m here to predict that in the next five years you are going to see advertising agencies – the good ones – grow up into direct mail. You are going to see direct mail emerge as a medium we agency people use, and use professionally.”

Yep. Half a century ago the big man was acknowledging that direct had a brand problem. Professional agencies were not using it professionally, if they were using it at all.

Now, far be it for me to disagree with the great man, but I have a couple of issues with his crystal ball. When I got into this business in 1996, direct mail (and all other forms of direct marketing for that matter) still had the same problem.

True, we had pockets of senior people who were believers. But more plentiful were many ‘agency people’ who felt direct was beneath them. Or too complex for their tastes. Or they were simply frightened of the measurability. (“Christ, what if it shows we’ve been wasting our client’s money?”).

Those who did attempt ‘integration’ hired direct specialists. Individuals who were tasked with making their tiny voices heard in overwhelming mahogany hallways. The other popular, and disastrous, strategy was to buy a direct agency and hold a ‘shotgun marriage’. Of course neither approach worked very well.

That’s because change is hard. It takes effort. And open-mindedness. Some would argue real change is generational. You need the proponents of ‘the old ways’ to retreat or retire.

Trouble is the new generation have some of their own ‘that’s not how you do it’ preconceptions. I remember asking a digital creative to draw up a press ad and they were appalled at being asked to do something non-digital. No, really.

Instead, I believe change is attitudinal. There are some amazing old-school agency people who have been open-minded about new media, new approaches and new measurement. They, and their agencies, are reaping huge rewards. I guess David would cluster them as ‘the good ones’.

So where does that leave direct in 2015?

Lots of hard work has been put into re-branding ‘direct marketing’ as ‘data-driven’ to try and shed the cardigan-wearer reputation. Sadly, the brand problem persists.

Many traditional agencies still treat data as an afterthought. It’s not the starting point for the strategy. It’s not the desired outcome. It’s not hard-wired into the creative. They don’t measure dollars out and dollars in to determine success.

But, don’t get me wrong, I’m not blaming traditional agencies. Far from it.

The ‘direct’/’data-driven’ industry has been our own worst enemy. Our award juries get seduced by a big brand idea which generated a few incidental tweets. Or shares. Or likes. Entry forms scream “See, we do data.” But is it at the core of the idea. No.

Was it the intention of the brief? Definitely not. Is it the measure of success? Nope.

And our juries buy it.

It’s then held up as the North Star work for our corner of the industry. You just need to look at how a handful of campaigns clean up across every category in award shows. Can one campaign really be “Led by Direct’ and ‘Led by Cinema’ and “Led by PR.”? Surely there can only be one lead.

A couple of years ago I presented at a direct marketing awards show. People from a mainstream agency, that hadn’t attended for years, had just cleaned up. I urged them to come back next year, not behave like pirates – you know, sail in, grab the booty, then sail away. They were back the next year (admittedly for more booty, but at least they were back).

So back to the main question. Is ‘data-driven’ the new dawn of ‘direct’? The one we’ve been waiting for? The one David predicted to arrive by 1970?

Honestly, I have my doubts. To me it feels a bit reminiscent of New Coke. But maybe I’m too grizzled and cynical. Maybe all clients will truly embark on a digital transformation and harness the power of data. Maybe all agencies will put data in the centre of every function. And maybe all creatives will embrace the power of insight driven data.

But until then it will be left to those who understand old school ‘direct’ to lead the charge – like we’ve done since 1965. Even Mr Ogilvy’s crystal ball couldn’t argue with that.

BY ON 17 June 2015
Rob Morrison is acting ECD at Ogilvy Brisbane.

« What’s in a name? UN LTD’s branding journeyWhat’s next in the ‘Age of AI’ for marketers? »