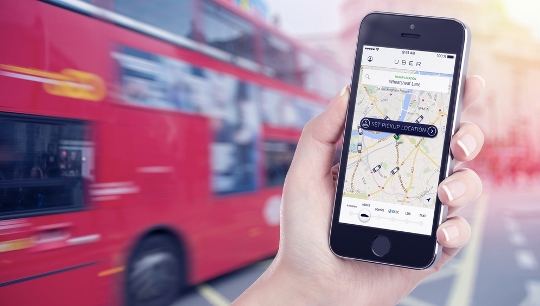 The entrance of new, disruptive intermediaries like iTunes, Uber and Airbnb are forcing established companies to reassess their tried-and-tested business models, in order to remain relevant, writes Ben Gilchriest.

Your business model is no more

We’ve all seen the news, in the past decade the world consumers and companies operate in has fundamentally changed and ‘digital’ is at the heart of it. While we pay attention to the drivers of this, such as the rising usage of social media, mobile as a preferred channel and the app economy, another change has been happening in the background — generally quietly but occasionally spectacularly. The essentials of established, industrial age business models and ways of working have become redundant. A new type of digitally-enabled and agile archetype has stepped in, and the companies that apply it aren’t just reshaping markets but entirely transforming our thinking on lots of different levels. They change the working practices, industry structures, and even have knock on effects to how society operates.

The really interesting thing is that the companies that use this model, the digital disruptive intermediaries (DDIs), do not need any physical assets to deliver the primary service, they disrupt and become successful through superior gathering and use of information. With only bits and bytes to manage this means they can exploit inefficiencies in current market structures extremely effectively. And every industry has them. Whether it’s market fragmentation, a lack of transparency, or a lack of market access, DDIs have plenty of fertile ground in which to grow.

As seen in our recent Digital Disruptive Intermediaries Report, created in partnership with the University of Sydney Business School, as information-first companies it also means they can grow extremely quickly. Unencumbered by the need to generate large amounts of capital to buy physical assets (cars, real estate, production facilities etcetera) they can scale at a phenomenal pace.

Disruption across the board

Our Digital Disruptive Intermediaries Report shows that DDIs aren’t focused on a specific industry — it’s across the entire board. Retail, media, transport, hospitality, utilities and so on  have all felt the impact of an increasing number of DDIs entering their markets and creating disruption. A natural inclination when faced with this is to defend. For example, Australia’s taxi industry has sought to adopt a series of defensive tactics to prevent Uber from taking market share. However, this approach means the reason why the DDI is so successful is missed. They are exploiting a market inefficiency and latent customer need after all and it is this that is the cause of the disruption, not a lack of regulation. Understanding this, how to identify these market inefficiencies and, better still, doing something about it before you are disrupted not only creates new opportunities but protects you from those that would seek to exploit vulnerabilities. The same applies equally to the hospitality industry and Airbnb. Established businesses need to look at the market inefficiencies that have enabled Airbnb to become so successful and, at this late stage, determine how to best embrace the disruption. It is, after all, here to stay.

A prime example from the recent past that proves how large businesses and industries are failing to change with the times is the fall of book, music and video stores — all of which were brought to their knees by the likes of iTunes and Netflix.

Content hubs like iTunes and Netflix and even mp3s (when they were first launched) are all about easy access and convenience and are able to bypass the middleman in order to give consumers the content they’re looking for with one simple press of a button. When these sorts of offerings were in their preliminary stages of popularity, this is when established business such as CD stores, should have looked at their business models and adapted with the times in order to become a part of the disruption, rather than find themselves trampled by it.

The digital revolution and the idea of selling intangible media have radically changed all media industries, forcing what once was dominant to take a back seat.

Don’t panic (but do react)

So should we panic? Yes and no. The truth is that this disruption emerges slowly and over time and that it’s usually an inflection point, a combination of events, that catapults the growth rate of a DDI and catalyses the disruption. However, this does mean complacency is the answer. Predicting this inflection point is notoriously difficult as we tend to attempt to determine the future by extrapolating the past. DDIs re-shape our previous beliefs about what constitutes a market structure so this method doesn’t work.

So it is highly like that the DDI that’s going to disrupt your business is already there but it’s ignored because it is too small to be noticed right now, or perhaps seen but not considered relevant. Either way, in a time of rapid and unpredictable change, it is better to be part of the disruption than a part of history.