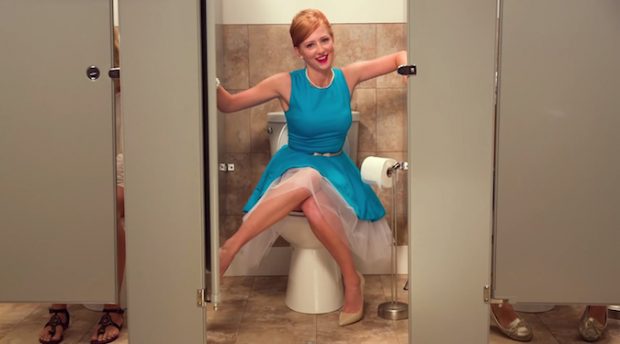 While marketers love to experiment, most marketing today is a result of tweaking tactics that have previously been proven to work. Fiona Killackey highlights six brands that embarked on risky marketing and delighted in the results.

German writer, Johann Wolfgang von Goethe famously urged his audiences to take risks: “Whatever you can do, or dream you can, begin it. Boldness has genius, power and magic in it.”

Two centuries later, billionaire Facebook founder Mark Zuckerberg mirrored these sentiments when he suggested that the biggest risk in business is not taking any risk: “In a world that’s changing really quickly, the only strategy that is guaranteed to fail is not taking risks.”

While it’s easy to re-gram such quotes or even buy the framed version for the office boardroom, for many marketers, the act of taking genuine risks is slightly harder to swallow. Whether it’s due to having an abundance of platforms, tools and tactics with which to analyse a campaign’s performance, or the endless stream of new competitor brands. We tend to go for what’s tried and true, rather than #rocktheboat and try something new.

In the spirit of dreaming big and doing things differently, we’re taking a look at six brands that embraced a risky route in their marketing, only to revel in positive ROI as a result.

While there’s some debate over who came up with the ‘Think Different’ concept that would catapult Apple into the global design conscious – Steve Jobs or Craig Tanimoto – it remains one of the most common examples of risky marketing that paid off.

Back in the mid ’90s Apple was viewed by many as the poor choice computer. Despite taking out full-page advertisements promoting its tech capabilities, Apple was, according to Steve Jobs (and quoted by Rob Siltanen in Forbes, 2011) “haemorrhaging.”

Given the opportunity to pitch on taking over the Apple account, advertising firm TBWA/Chait/Day came up with positioning Apple not as the computer that did something for everyone, but the must-have product that was everything to someone – namely, the person who dared to ‘think different’. While Steve Jobs initially called the campaign concept “shit”, and many noted its inherent bad grammar, it would go on to help differentiate Apple from every other technology company.

Thinking bigger than the product alone, the campaign swapped computer jargon and text about technology for imagery of ‘rebels and risk takers’ such as Mahatma Gandhi, Martin Luther King and Bob Dylan, aligning Apple with people who change the world.

Twenty years on, ‘Think Different’ remains one of the most iconic brand campaigns in the world and a catchphrase (and hashtag) for start-up communities globally. 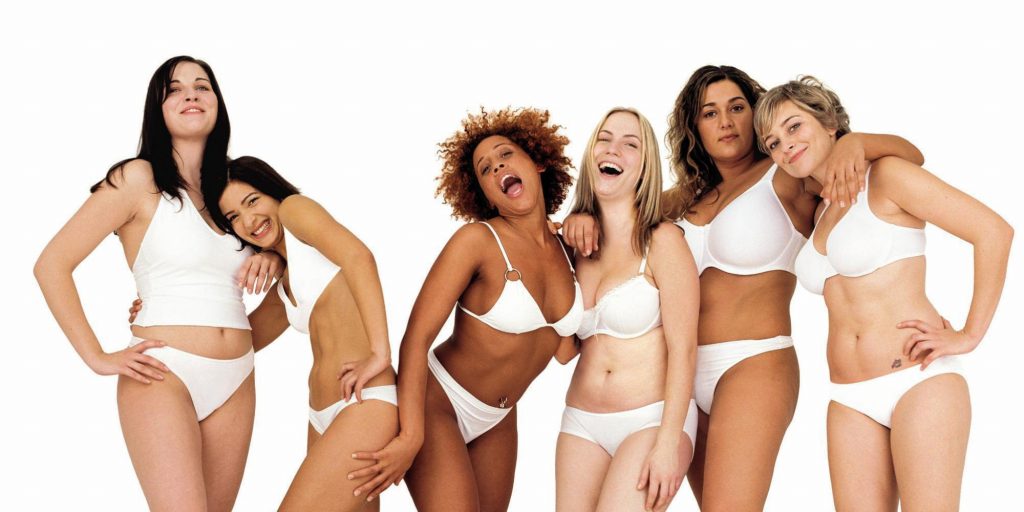 While it may seem standard in 2018 to see a mix of shapes, sizes, colours and ethnicities used in ad campaigns, back in 2006 when Dove launched its ‘Campaign for Real Beauty’, it was completely unheard of.

In a saturated and competitive market, Dove differentiated itself by using what it coined ‘real beauty’ – swapping the photoshopped, size-zero models for women with visible wrinkles, stretch marks, tummy rolls, greying hair, skin pigmentation and cellulite.

Initially launching as a photography exhibition in partnership with Ogilvy & Mather, the then declining skincare brand received such glowing acclaim it pushed the concept out in full, creating a raft of videos that quickly went viral.

By pushing the idea of beauty coming from within, Dove was able to spark a conversation about what it means to feel beautiful for both women and men. Speaking to the Huffington Post, Jennifer Bremner, brand director of skin cleansing at Unilever said, “We believe that conversation leads to brand love and brand love leads to brand loyalty… That’s obviously a positive for us, not just in the power of the brand, but also ultimately in sales.”

For many fashion retailers, the launch of a new collection is akin to a swan; while it may seem elegant and graceful from the outside, internally there’s an abundance of people pedalling as fast as possible to ensure its execution.

For US-based fashion brand, Everlane, transparency has been a part of its business since its inception. The ecommerce brand proudly lists the production cost for garments on its website, along with transportation costs and any mark-up. But in 2017 prior to the launch of its first physical store, the then online-only brand went one step further to launch its denim line, shutting down its entire site in order to get the line launched and ready for purchase.

When shoppers landed on everlane.com in the days before its denim launch, they were met not with categories and best sellers, but with a blank screen and a simple letter from Everlane’s founder and CEO, Michael Preysman, stating that its denim collection had taken “a while to get there” and that it needed 100% of the company’s focus on its launch and would not be taking online orders for the days leading up.

For most companies, particularly those that only sell online, this would have been an unthinkable marketing strategy. And yet for Everlane’s loyal customer base, it only strengthened their trust in the brand – shown in their quick take-up of the product with many of the denim lines selling out within weeks. 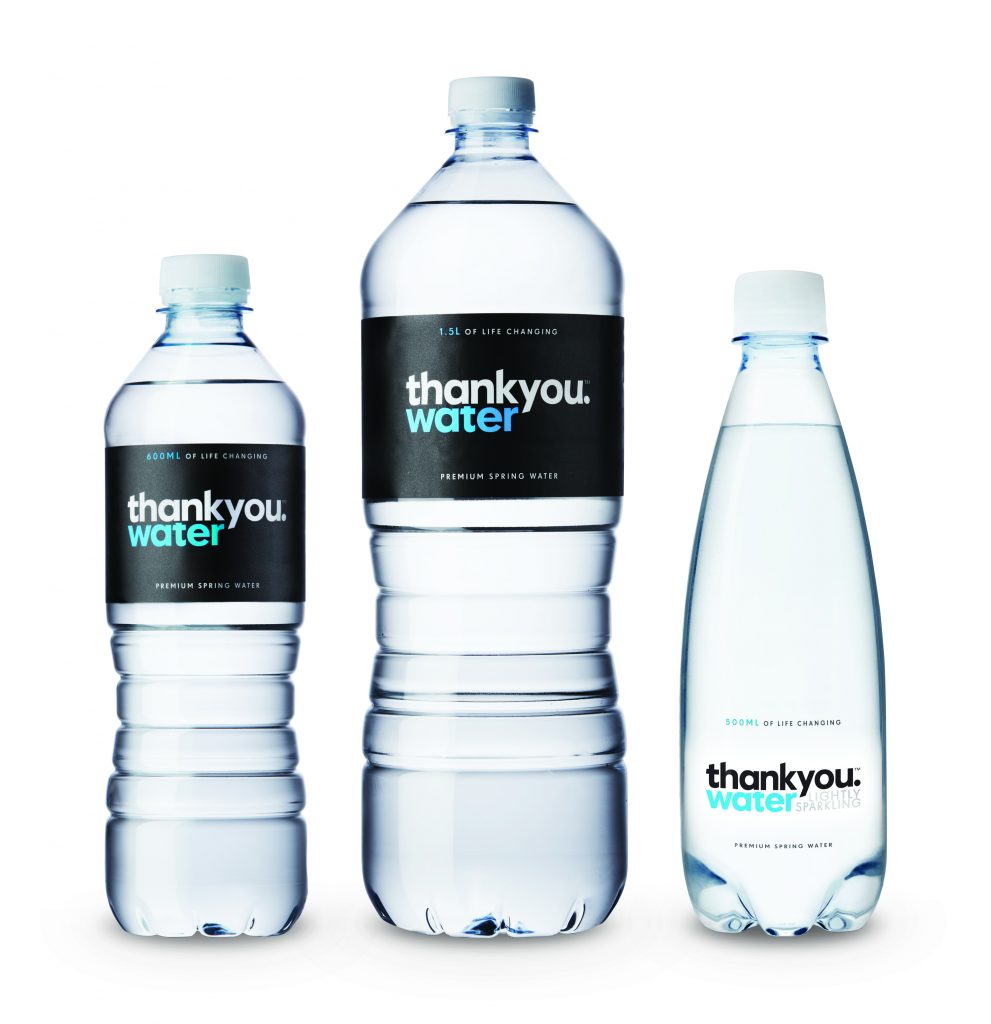 They say necessity is the mother of invention and, for Australian social enterprise, Thankyou, necessity has led to the birthing of some pretty incredible – and profitable – marketing ideas.

Two weeks prior to a meeting with the buyers of 7-Eleven (one that could make or break the then Thankyou Water business), founders Daniel Flynn, Justine Flynn and Jarryd Burns took to social media urging fans to upload a video of themselves stating they would buy Thankyou water if 7-Eleven stocked it.

In an inexpensive video, the trio showed fans, step-by-step, how to tag the 7-Eleven’s social media accounts to ensure the global retailer saw the impact of Thankyou’s audience.

What could have been a complete flop for the business was anything but, with 7-Eleven signing the brand before the meeting, due in part to the sheer volume of user-generated content tagging 7-Eleven. By leveraging their online community, Thankyou was able to bypass massive marketing spend and achieve national exposure and sales.

Taking on a taboo subject is a risk for any brand, yet this didn’t stop PooPourri, a US toilet fragrance spray company, from launching its brand with a series of videos about women and poo. 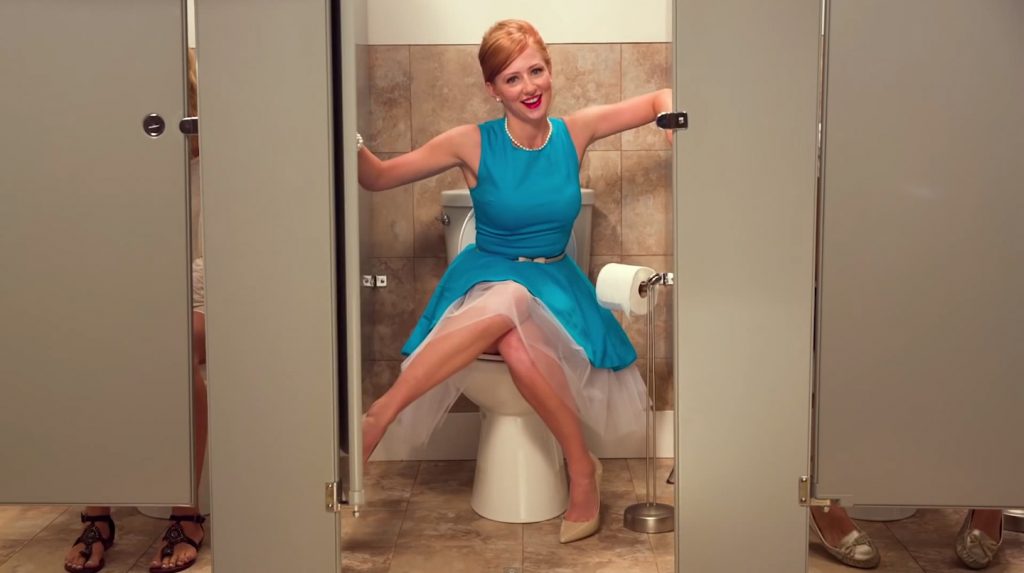 Entitled, ‘Girls Don’t Poop’, the marketing campaign videos featured a stylish woman sitting on the toilet discussing the “motherload” she’d just dropped and the challenges that arise from using a toilet at the office, at a fancy party or even “your lover’s home”.

In stark contrast to the standard air freshener marketing campaigns (think rose petals, linen-clad living rooms and crisp mountain imagery) PooPourri was able to cut the, well, crap, and speak openly about the worries women face (but rarely discuss) when using the bathroom to defecate.

From “tenacious skid marks” through to “creamy behemoth” and “cavernous bowels”, nothing was left unsaid in this marketing campaign, which was viewed more than 40 million times and led to massive exposure for the brand and its consequent marketing campaigns. 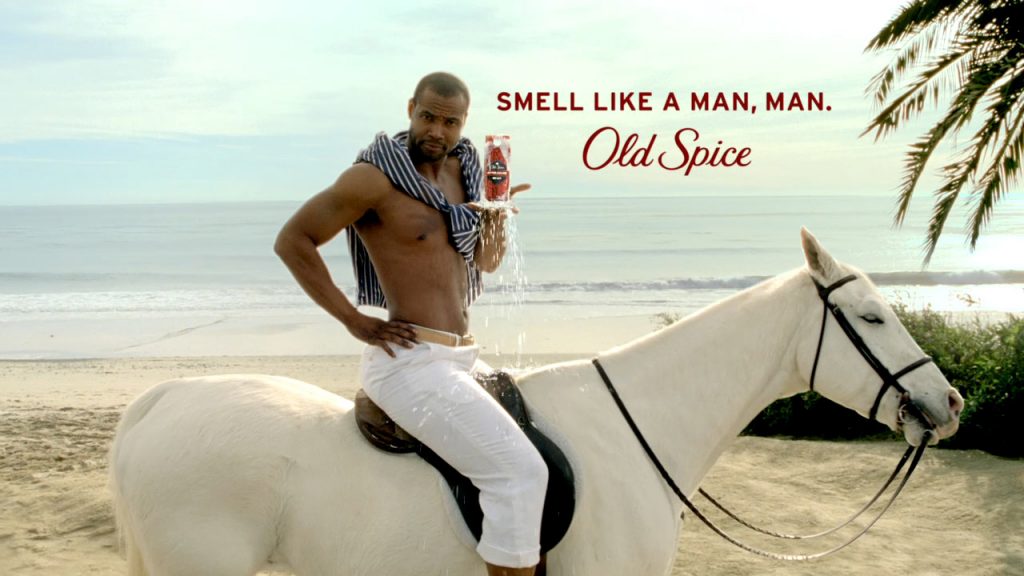 After launching in the 1930s, Old Spice spent decades as a brand synonymous with older, ordinary, men. But in 2008, all of that changed when Old Spice partnered up with ad agency Wieden+Kennedy to begin its appeal to a much younger demographic.

No longer able to compete with newcomers – Lynx in Australia or Axe in the US – Old Spice was on a mission to change its perception and appeal to men in their 20s who wanted to smell good, without spending too much time (or money) on the quest.

Two years after beginning work with Wieden+Kennedy, Old Spice launched ‘The Man Your Man Could Smell Like’ campaign to promote the Old Spice body wash.

What could have easily been passed off as a bad spoof video quickly became one of the most viewed and viral marketing campaigns in history. Within months, the video – staring NFL player Isaiah Mustafa – clocked up 40 million views and sales of the body wash increase by more than 50%.

By taking a jab at the unrealistic portrayal of men seen in the ads of their competitors, Old Spice was able to distinguish itself and carve out a new, and much younger, audience.

« Ready to mingle with Chinese singles? (not what you think)How UnLtd’s CEO found his inspiration to dream »