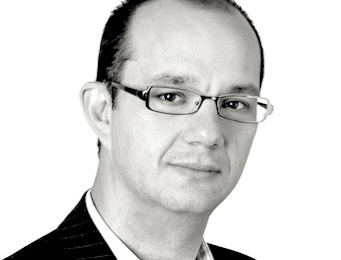 Ooh, imagine the wonders of hooking up with a big boy. You know, one of those massive multinationals, who, despite their power and size, lack the very innovation you can deliver. Thus, with one order, you can raise your sales by a staggering 30%. The global marketplace is opened up like a ripe clam, and you have a ready-made sales force that can bolt on your brilliant solution to its established customer base.

Sounds like a match made in heaven. Well, welcome to a common hell for the little guy.

Perspective is critical. You have to stop looking at all the pluses from your end, and think about what your small bananas mean to the 2000-pound gorilla who already has a whole plantation. A common misconception is that big players are looking for new things to gain an advantage. The reality is, they are working at such a scale that new things are a threat. Changes represent a massive risk of upsetting a huge apple cart, and often the margins for large players are so skinny, they make Paris Hilton look disastrously obese.

The tantalising allure of playing with the big boys is very hard to resist. The upside seems so tremendous, that the downside is often overlooked. Often times, it is better to say to the big boys that all empowering word: ‘no’ (you can also add ‘sod off ‘, if the occasion demands it).

Let’s consider some examples of the games big boys play.

Off you head to the US to meet with a large player (“Gee, Mike, can you believe it! They will meet with us! This could be huge!”). Your offering is perfect, you know it is, and you are pretty damn sure that they know it is, otherwise, why would they meet you?

The meetings go very well. Chad, Bob, Tex and other people with single syllable names nod in agreement with you, as you explain your technology, how it works with their stuff, how the market needs a thing like yours, and the terms of licensing.

You have made a promise to yourself not to offer an exclusive. But the charm is switched on and they start to discuss the volumes, the reach, the market scope and their ability to deliver. You hold out, so they ask for a reasonable timeframe, seeing there is technical risk from their end. You have the agreement in place, with speciﬁed targets for them to reach, and it all feels like money in the bank.

Now let’s fast-forward 12 months. You and your technical team have been tied up feeding a massive range of requests, and troubleshooting. Your big global partner has not sold a thing under the licence agreement.

This game is played to tie up good IP so competitors don’t have access, and so that they can also get a lower price out of you by hobbling your resources, time to market and leading you on for as long as possible to hopefully make you go broke. Then they have a ﬁre sale on what’s left.

That licence agreement you have is worthless – actually it’s worse than that, it can be the trigger that annihilates you. Because if you want to go legal, don’t you think they have a team of lawyers who make Jack the Ripper look like a sissy? For them legal costs are not legal costs. It is allocated as a cost for acquiring and crushing the competition. Competition to them is anything that does not bear their name.

This is not as sinister as Game One. In fact, the intentions can be very good. The problem is big players like to add stuff like collectors, just for the sake of having it. Let’s say you gain a big player who has a vast distribution network. So the thinking is, while the sales guys are talking to customers, they can sell your bit too. Well, the downside is that salesmen often stick to what they know.

If there is any form of training required, you will struggle. Especially if you have a mismatch on the sales process required. For example, one small high-tech company had an advanced product for the irrigation industry. They snagged a big deal with one of the world’s largest suppliers of irrigation equipment. Match made in heaven, right? Wrong!

The sales staff were used to selling millions of bits and pieces to farmers, stuff like pipes, clips, hoses etc. This highly advanced technology product required an explanation of agronomy, the setting up of test sites and a cost per unit that far exceeded what the salesmen normally sold. The result was pathetic sales volumes that nearly drove the company to the wall.

A slight variation on Game Two, except you do actually get stuff sold, but at an increasing cost. This is also known as the ‘Walmart effect’.

You gain a first order! Yay! Now you have to deliver. The first year is a blur. So are the second and third. Increasingly, the demands from your big boy grow and grow to the point where at least 30% of your business rests with them. Soon they start having conversations about streamlining, decreasing costs, making the partnership more ‘efficient’.

They cheerfully send their own experts to your business to work out where savings can be made. Suggestions, if not taken, turn to threats – a 30% to 60% chunk of your business has a gun to your head. Not only that, but you have invested in systems to service them, a lot of time and resources.

As you slowly but surely give in, their share of business grows with you, but the profits are going the other way, as you get squeezed to produce more with less, and told to get back into your box once they have ‘had their way with you’ at review time. Those first three to five years seem like a dream. Now at year 10, you can’t recognise your own company, and the activity at reviews has you walking with a gait akin to a cowboy who just rode for 24 hours straight.

Before looking at the big boys, consider all your options, including being patient and growing slowly. Chasing that big white whale can end in tears, and it can be very hard to think like the big boys do. When you are small, sometimes you have to accept that some things are out of your league.

BY ON 17 January 2013
Kimon Lycos is founder of Mihell & Lycos, a leading business-to-business marketing communications agency, helping companies sell technology and innovation to other companies. He is also an Adjunct Professor with RMIT University.

« Lol the troll: how to combat the chaosAnalysis of IBM’s Black Friday report »