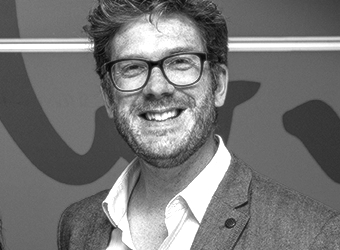 This is the first article in a two-part series by Jason Hill, head of strategy at OgilvyOne – this one looks at marketing to corporate execs, the second one will look at marketing to small and medium business owners.

It’s easy to make assumptions when marketing to senior executives. They’re impossible to reach. They don’t read marketing. They’re humourless money-men, who just need the bare facts laid out in short, sharp, staccato fashion. Interestingly, the evidence suggests the opposite.

It’s time to debunk five of the key myths and assumptions.

It’s tempting to think that execs have lackeys who do all the research for them. And while that may be true once a direction is set, the reality is most execs are rapacious consumers of information – after all, information really is power. According to research by Forbes, two-thirds of them go online and search for information more than six times a day. Over half of them are happy to arm themselves with information to help form an opinion. After all, information is what keeps them ahead of their peers… and those on staff with ambitions to take their job. They may then defer to others to take that idea further – but they take the time to find out for themselves.

Myth 2: “Can you print that out for me please?”

It’s misleading to think of business leaders as paper-based laggards. The majority regularly go online to improve their business intelligence. And, as you might expect, they have higher than usual use of smartphones and tablets. In fact Google claims 90% use their phone to research business purchases. That means delivering a great mobile-based experience is crucial to truly engaging with a smartphone-armed executive. So it’s not surprising 73% say a disappointing mobile experience makes them less likely to engage with a company.

The route between Melbourne and Sydney is the world’s fifth busiest – driven by the commercial relationships between both cities. Given over half of Aussie CEOs regularly travel the route using airport lounges, and most have access to smartphones, it makes sense to engage them while they’re in transit. It means we absolutely don’t have to be fixated-on talking to them at their desk. Indeed, again according to Google, 90% use their phone to research while they’re travelling. Furthermore 78% use their phones to do business research during personal time – reflecting the blurring lines between work and personal boundaries.

Myth 4: “I stop reading after the executive summary.”

For sure, most executives appreciate a summary that helps them get to the key facts quickly – it’s why it’s called an Executive Summary. But it’s misleading to think that the desire for information ends there. We often find executives are willing to consume information in multiple ways depending on their interest and the time available. Think about it in terms of the 30-second précis, the two-minute detail and the full detail execution. Indeed this can be delivered through multiple media, for example working with IBM we combined a short letter with a two-minute video and a longer research report when launching the CIO study. It gave recipients different forms to engage with, depending on their readiness to consume.

Myth 5: “My decisions are mine alone.”

The single largest misconception is that execs make decisions alone. Modern businesses are large, interdependent organisms where decisions – particularly decisions requiring large investments – demand buy-in from multiple stakeholders. Recognising the long-tail decision making cycle that requires continuous nurturing is absolutely essential. Similarly, it pays to recognise the need to engage with internal and external influencers, people who are able to shape the decision, even if they’re not the ultimate decision maker. Again, thinking of IBM, the recent ADMA winning CIO/CMO event recognised that automation platform decisions are not the preserve of a single department, but involve many stakeholders across the business.

To successfully communicate with business executives, the most important thing is to recognise that they are, first and foremost, people. Understanding how they behave as people and how they engage with information, rather than falling for the generic B2B marketing myths, is therefore central to informing that process.

Ultimately, there are many different ways to reach this audience that look beyond the immediate assumptions.  At its simplest, it always pays to help execs share your message.  For example, creating infographics or key visuals that can easily be incorporated into presentations and shared with colleagues ensures your message can reach a broader audience, while making them look good.

« Bold is beautiful: how brand confidence has become a measure of our successWhy Australian workplaces need much better leaders »