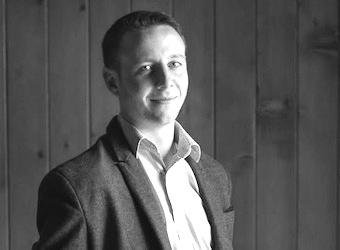 Self-described ‘not-positive’ person Mark Razzell describes six different psychological quirks and biases that are common in the marketing and communications industries, to prevent them leading to unnecessary mistakes, or confrontations with Jenny from accounting.

I’m often called negative. I’ve been called it so often that I’ve accepted it and, now, when people ask if I’m a positive person I say ‘no’. This throws a lot of people, because most are generally pretty bad at effectively assessing themselves and nobody expects someone to assert they are ‘negative’, because that’s viewed as a bad thing by society.

The fact of the matter is, I don’t actually consider myself ‘negative’. I just try to be objective. Belief has nothing to do with the validity of the proposal, as far as I’m concerned.

I’m lucky enough to work with clever people who value reality so it’s not an issue currently but, historically, it’s been problematic. Concerns are ignored and labelled ‘negative’ and everyone carries on under the impression that if we just ‘believe in it’ then it will work. Then, when it fails or is impacted by the problems highlighted, ‘negativity’ is blamed.

I’m not alone in being on the receiving end of this and, ultimately, it’s the result of psychological quirks prevalent in humanity. For example, the previously described scenario is a result of fundamental attribution error.

So, for this article, I’m going to discuss some of these concepts so that you might be able to spot them in others or yourselves and nip them in the bud. Trust me: they’re hugely prevalent in business. (Disclaimer: I am in no way implying I am exempt, nor am I trying to indicate superiority. I am remarkably lacking in a number of skills!)

How many times have you said ‘that shouldn’t be too hard, I’ll be fine’, only to discover that, in fact, it was bloody hard and now you’re working on it in your own time and furiously trying to find untraceable help so that you can hit your over-ambitious deadline and save face? Yeah, everyone has.

It’s called the Dunning-Kruger effect and it refers to a cognitive bias that basically means unskilled people cannot recognise their own incompetence because they don’t know what it takes to be competent. In effect, ignorance, by definition, cannot know itself. Owing to another common phenomenon, illusory superiority, they then tend to assume that they must be able to undertake the task. On the other hand, this same quirk tends to make people who are skilled in a subject underestimate its general difficulty.

So, the next time you find yourself saying, ‘Pffffttttt sounds easy, I’ll have it done by yesterday’, check your pride and maybe consult a skilled individual.

Office politics can be brutal and I’ve personally seen them lead to serious psychological issues and physical confrontation. It’s not just intra-office relationships: it can happen with suppliers and clients, too.

The thing is, though, that more often than not the catalyst for these battles is a simple mistake. However, for whatever reason, the catalyst is attributed to malice or sabotage and that is what Hanlon’s Razor refers to: “Never attribute to malice that which is adequately explained by stupidity”.

I believe that this quandary is exacerbated by people’s refusal to acknowledge blame or own up to mistakes, which is a flaw in its own right but rife within today’s office environment. Person A messes up which negatively impacts Person B. Person A keeps quiet and Person B attributes the issue to malice. Nasty situations can arise through ignorance to this life-rule.

(Unless it’s Jenny from accounting… she definitely hates me.)

Here’s a clichéd phrase that gets thrown around a lot in our industry: “If you can’t explain it simply, you don’t understand it well enough”.

It’s often attributed to Albert Einstein and everyone knows he was super smart so it must be true and repeated by self-described ‘leaders’ ad nauseum (that and ‘do or do not, there is no try’ – ridiculous). But, actually, this isn’t always the case. The curse of knowledge relates to the difficulty one might face when trying to think about or explain problems from the perspective of a lesser informed party.

I alluded to this in my last article, where I described the hurdles of hiring a data scientist. Explaining complex problems in terms that are easy to understand often leads to widespread misinformation. For example, explaining the Copenhagen interpretation of quantum mechanics via Schrödinger’s cat, or evolution via the term survival of the fittest. So, the next time you’re struggling to understand a complex problem, it might not be simply down to the ineptitude of the person doing the explaining.

You need to target a group of people for a communications campaign and you identify a few insights about them. The boss asks about the validity of these insights, which means you have to back them up, right? So you look for evidence to back up your assertions and you subsequently find some sources and everyone is happy: bingo bango Bob’s your uncle, etcetera.

That scenario is potentially dangerous to your campaign, even though it’s an exercise that is extremely common in our industry. What has just been demonstrated is an example of confirmation bias, where we make a pre-determined judgement and then search for evidence. This video gives a good overview of the phenomenon, but it’s extremely difficult to train one’s mind out of it. Just be aware of it in yourself and others.

There isn’t a single day that goes by without me hearing the word ‘innovation’ umpteen times and, given the industry we work in, I’m sure it’s the same for you. Now, I’m not saying innovation is a bad thing, not by any stretch. But proponents of an innovation can often be so entrenched in the ‘shiny’ aspect of the step that they fail to see the flaws.

This is called pro-innovation bias and it occurs frequently. Predictions of the future are often subject to this, whereby the predictor has a predilection for a particular technological innovation. In our industry, this is where we get such excitement over ideas that, retrospectively, seem not so great. It’s also the reason for our beating-to-death and fixation on buzzwords, where an originally brilliant concept starts to lose all meaning, a bit like if you say a word over and over and over again. Which leads me nicely in to…

That’s the name for the phenomenon whereby repetition causes a word or phrase to lose all meaning. Now, my argument for its applicable prevalence in our industry might be tenuous but, I think we can agree, if there’s an industry that knows how to flog a dead horse, it’s ours. And it certainly does it in an innovative, paradigm-breaking way.

BY ON 5 December 2014
Mark Razzell is strategic planner at Zuni.