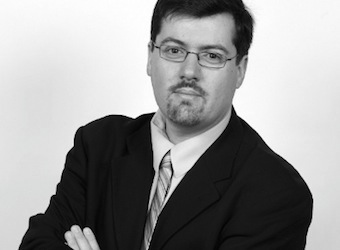 The increasing role of green marketing and the importance of environmental attributes are not lost on companies. For some companies, this has meant creating new products lines, while others have re-branded existing products.

When Kidspot Australia did its annual ‘What Women Want’ report, it was a great opportunity to analyse green purchasing habits and to compare the data it collected in 2009, and again in 2013. The results will probably surprise you. While you might believe that as time moves forward, the importance of these attributes grows linearly, our results put a twist on this common conception.

Green marketing is a marketing strategy whereas a company decides to profile its product environmental features as a prime selling attribute. As such, the products position becomes heavily skewed to features such as ‘biodegradable packaging’, ‘organic ingredients’ or even vaguer elements such as ‘greener than before’. In many jurisdictions, legislation is being prepared to limit vague (and potentially deceitful claims). Globally, green marketing implies a level of trust between the brand and the consumer on the overall environmental value of a product.

Consumers are generally aware of green marketing tactics. They are regularly submerged by environmental claims, which are now part of their overall decision process. But purchasing a green product normally means paying more than a regular product, most notably due to increase cost in manufacturing. A 2013 Euromonitor survey found that nearly 70% of respondents were ‘somewhat to very willing’ to spend more on a green product when compared to a similar ‘regular’ product. Only 11% of respondents ‘were not willing at all’ to pay more for a green product.

Consumers favoring products with green attributes seem to share profile characteristics. They are most likely to be young, well-educated with more disposable money to spend. Even if they are willing to spend a little more, they will expect that products will function as efficiently as non-green products; as such, they might be willing to pay more, but they are not willing to use a less effective product.

To understand the influence of environmental attributes on purchasing patterns, we had the chance to look at two web surveys collected independently by Kidspot Australia (Kidspot). Launched in 2005, Kidspot started as a directory of maternity, baby, and kid related equipment, and has grown into a comprehensive web community for Australian Parents. Every year, Kidspot prepares its annual ‘What Women Want’ report. In 2009, 2191 Australian women participated, and in 2013, 6253 Australian women answered their online survey

So, how much more are you willing to pay for an environmentally friendly product?

Surprisingly, there is no significant difference between the data collected in 2009 and 2013.  In both questions, the important of environmental friendly attributes and the willingness to pay more remained at the same levels in 2013 as they were in 2009. This is unexpected since we are often led to believe of the growing importance of green attributes. However, the data clearly demonstrates the absence of evolution in Australian Women consumers purchasing patterns during the last five years.

To further our understanding, we designed multiple crosstabs. Most came up negative, and showed little of insignificant change. The only one that did indicate some change was the crosstabs related to age. We split our sample directly at the heart of Gen X, studying those under 40 and comparing them to those over 40. The hypothesis was that women under 40 would be more sensitive to environmentally friendly attributes, and that this sensitivity would have grown in the last five years.

But it was unforeseen to find that women under 40 found environmental attributes less important than women over 40: while 55% of women under 40 found environmental attributes important or more, this climbed to 62% in women over 40. There might be many reasons, such as availability of disposable income, as well as word-to-mouth recommendations. Also, while there were some slight shifts, the number of women between 2009 and 2013 in each category remained relatively stable.

Also, 73% of Australian women were willing to pay a premium for an environmental friendly product in 2013, a small increase over 2009 statistics (70%). In 2009, Alex Brooks, executive editor of Kidspot wrote: “A woman might not respond directly to a Green or Eco sell, but she loves the feel good factor of helping the planet, saving her family from toxins and doing her bit to ensure the future will be bright for her kids. Selling the emotional benefits of consumer environmentalism rather than green-washing or playing only to the eco-benefits is the hot button to push.” This statements still seems to ring true today. 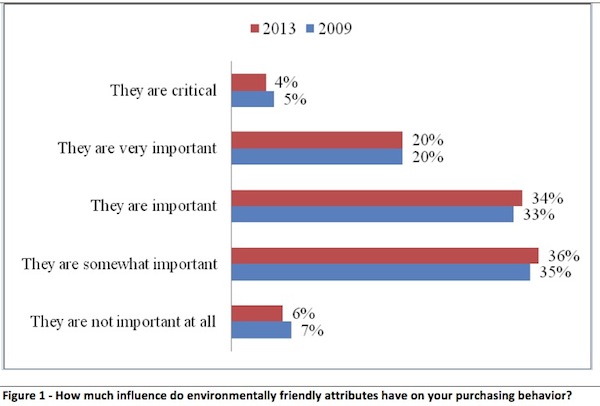 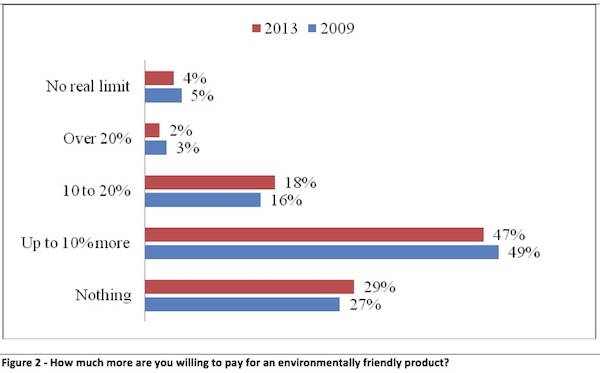 Acknowledgements: the author would like to thank Katie May, founder and former-CEO of Kidspot Australia, and Imogen Griffiths, marketing and product manager at Kidspot, for their contribution to this article.

Jean-Francois Denault has been working with innovators and entrepreneurs as a professional consultant for over 10 years. He has completed over 200 projects in 30 different countries (including Australia), mostly with companies possessing innovative technologies. He now focuses on the green sector. As such, he has completed projects related to renewable energy, clean technologies, energy efficiency, green products and waste-to-energy. His specialises in competitive intelligence, marketing strategy as well as organisational communication and planning. He possesses a graduate degree in Management Consulting, an executive MBA and graduate degree in organisational communication. He is based out of Montreal, Canada, and can be reached at jf.denault@impacts.ca.

« The joy of Google updates – cartoonPlanning: the key for success at trade shows and exhibitions »