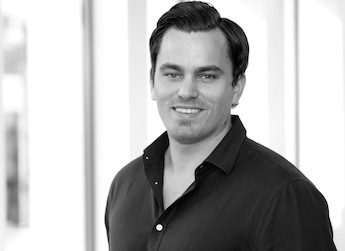 The concept is fairly simple: whenever possible, communicate your point with a visual direction, rather than with dialogue.

‘Exposition’ is also important. It refers to dialogue or exchanges between characters, the only function of which is to explain the plot.

The trick as a screenwriter is only to use as much exposition as necessary. Too little and you risk confusing the audience. Too much and you risk boring them. Or worse, you risk appearing condescending.

Thirdly, and if all else fails, remember this: keep it simple.

Social content works best when it has a point. Say one thing well rather than trying to squeeze too much into one update.

There have been countless studies on web readability showing that users don’t read content online. They scan.

This is the reason that screenwriting rules apply to social content.

A Facebook status has room for over 16,000 characters. But the text in your updates should be no longer than those on Twitter, which has room for just 140 at a time.

The rise of social image sharing sites like Tumblr, Instagram and Pinterest shows that visuals are a more effective way to communicate online than with words alone.

Facebook based a major redesign on this insight. Images are now more prominent and users are able to ‘share’ them, as they’d already been retweeting on Twitter and reblogging on Tumblr.

An image post of Facebook is 80% more likely to be shared than any other kind of update.

Social attention spans are short, and being able to cut through the noise for a few seconds is everything.

So when it comes to social content: show, don’t tell, cut down the exposition and keep it simple.

You’ll increase engagement and amplification, and extended the reach of the content.

If you have a lot of copy, try displaying it over an image, or write it as a blog post and link to it from your social communities.

Good editing is about knowing what to leave out of your script.

BY ON 3 August 2012
Daniel Goodswen is the lead strategist for We Are Social in Australia. An experienced journalist and specialist in digital editing, social media management, digital, social and mobile strategy, digital content optimisation, SEO and digital production, Goodswen brings to We Are Social the critical editorial skills necessary to build and maintain meaningful conversations between consumers and brands in the social media environment.
On Twitter he's @dangoodswen and @wordsbydan and can also be found at dangoodswen.com