Influence begins and ends with selfishness

Influence begins and ends with selfishness 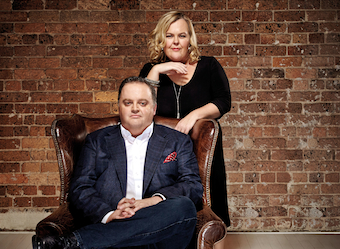 Everyone is selfish, whether they like to believe it or not, write Kieran Flanagan and Dan Gregory. The trick for brands is to start embracing this trait and learning to ‘think selfish’.

We all want more influence in our lives – with our staff, our customers and even over ourselves.

Unfortunately, most of our strategies for influence have been based on some pretty shaky science. So, If we want more influence then we need to begin by getting real about who people are and what pulls their strings – just a hint, we’re (mostly) not as noble as we like to let on.

Dig a little below the surface and we quickly reveal ourselves as not quite as selfless as we all profess to be. Quite the opposite in fact. The truth is, we are all (how shall we put this?) selfish!

Now, before you get offended and claim that you have in fact grown a moustache to raise money for colon cancer research, protested to save an obscure (and totally un-cute) species from extinction and just this morning let a complete stranger into traffic without even expecting a wave, let’s be clear, we are not suggesting people never do good for anyone else. What we are pointing out, is that we do a lot more good when there is also something in it for us.

In fact, our selfish drive has been a rather useful quality. Selfishness has in fact been critical to our survival and evolution as a species. In times of epidemics, for instance, while heroic, selfless types kept vigils beside sufferer’s bedsides, the selfish were far away – no doubt hiding behind vast expanses of water or impenetrable mountain ranges. Which let’s face it, is a more astute and effective strategy than hope in the majority of cases.

Yet selfishness is one of those behaviours that society has shunned, stigmatised and deluded us into believing that it is not critical to our make up. It just doesn’t look good. We are taught to act as if the needs, dreams and desires of others are of far greater importance than our own and we should defer ours in favour of those around us if we are to be ‘good’ people.

But our selfish drive is still there, just beneath the surface, unconsciously driving our decisions every day. We have just become masterful at masking it with other more socially acceptable traits. We profess to be motivated by more noble qualities; generosity, vision, meaning, purpose helpfulness and bravery to name a few.

However, this is far from the whole truth. Even the most ‘selfless’ among us are spurred on by more selfish drivers (even if these are unconscious). Those whose callings outscore us in ‘karma points’ are still fundamentally driven by some measure of reward, recognition and a “What’s in it for me?” When you delve a little deeper we quickly learn that they are getting all kinds of things from their ‘selfless’ behaviour. Social status, a sense of self or moral worth, the chance to feel like a hero, to feel good about themselves, to have others think they’re a good person or insurance for later in life (or in the next depending on your religious bent). Selflessness, as it turns out, is just another form of selfishness – just served up with a heaped helping of self-righteousness to help it go down unnoticed.

“So what?” you may be asking. Well this becomes important when we want to motivate others or we seek to influence, persuade, sell, lead or, in fact, achieve pretty much any form of behavioural change in our communities, markets or ourselves. If influence is our goal, then we need to learn to see the world not just from our selfish point of view but to see it from the selfish points of views of others. Essentially, we need to flip from “What’s in it for me?” to “What’s in it for them?”

The more we begin to be mindful of the selfishness of others, the more powerful we become in terms of increasing influence, creating persuasion and building engagement. In other words, the more we accept others’ selfishness, the more we tend to get what we want too.

This is the key difference between ‘thinking selfish’ and being selfish.

If we want people to care we need to show them what is important to us is also, and more crucially, important to them. We need to frame our communications in terms of what matters to them. When we align our values with those of others they are more inclined to ‘fall into line’ and pursue our goals with enthusiasm because they are intrinsically linked to their own.

Let’s take one of the most competitive, cutthroat and brutal markets in the developed world as an example – charities. There are almost 4 million charities currently registered just in the UK, US and Australia (and you think your market is crowded). They are all fighting for a finite amount of money, time, mind space and empathy. Which means, no matter how kind we are, no matter how easily brought to tears we may be, we all have a limited capacity to feel sympathy, play with our heart strings and to open our wallets.

This means charities need to think less about who they are trying to help and more about who they are trying to get that help from. Now this may sound a little more calculating and counter intuitive to simply asking people to help others in need. But remember, these are all good causes. They are all real needs. So differentiating on need or worthiness is not nearly enough.

The key question is to ‘think selfish’ and ask, “What do they get out of it?”

The ice bucket phenomenon sweeping the planet is a great example of ‘thinking selfish’. Tipping ice on your head does not in itself help people with ALS. In fact, most the world still aren’t really sure what ALS is, but it feels like something they should care about. But that’s the point, the campaign’s engagement and influence has nothing to do with the people they are raising money for, it’s about the people who are coughing up the cash (and no doubt catching a cold). There’s a great deal in it for the people engaging with this cause. A lot. The thrill of joining an elite crowd, a chance to show they aren’t stuck-up and unapproachable, the social status they gain in their social networks and to look more socially aware and like a good sport – and of course a chance to raise awareness of ALS and to raise some money too.

Now we’re not suggesting you try and replicate the ice bucket challenge – it’s been done and its usefulness lies precisely in its uniqueness (the rubble bucket challenge to raise awareness of the plight of Palestinians never really caught on). What you can copy however, is more time spent thinking about what they actually get our of dealing with you than you think about what you get out of them engaging.

It’s exactly the same with ‘for profit’ organisations – whether you’re selling, engaging your staff or simply trying to exert more self control: think selfish.

« Making the most of travel retailSocial media in China: a mirror of society »