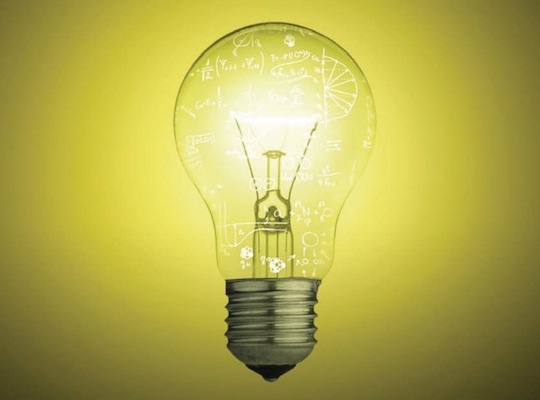 You may have never heard of Wieden+Kennedy, but I can guarantee that you have seen its work. Wieden+Kennedy is one of the world’s top creative advertising agencies.

One of the agency’s founders, Dan Wieden, was responsible for coming up with one of the most famous taglines on the planet: Nike’s ‘Just Do It’. In recent years you might have watched actor Isaiah Mustafa riding a white horse backwards, claiming he was ‘The man your man could smell like’ and thus reviving the Old Spice brand.

Or perhaps you remember the agency’s 2008 Super Bowl ad for Coca-Cola that featured two huge inflatable cartoon characters chasing a giant in inflatable bottle of Coca-Cola across New York City, with an inflatable Charlie Brown emerging victorious having caught the Coke bottle. Adweek named it best Super Bowl ad of the decade.

One of the factors that has been identified as critical for creating a culture where innovation thrives is ensuring that different points of view are encouraged and that ideas are regularly debated. And at Wieden+Kennedy, challenging the status quo and debating different views is par for the course.

One of the first things visitors to the London office see is a shop-window mannequin that has a blender for a head. The mannequin is carrying a briefcase that has the words ‘Walk in stupid every morning’ written on it. The message represents something that cofounder Dan Wieden believes in strongly: that is, that to find innovative ideas, people need to throw away all their assumptions and preconceived ideas.

‘It’s not that we’re encouraging people to be stupid. It’s more that we’re encouraging people to recognise that they don’t necessarily know the answers and that the most experienced people won’t necessarily have the answers either. Sometimes you’re going to get a fresher answer from somebody looking at it naively, or from a different perspective than the so-called experts.’

One of the ways the tenet ‘Walk in stupid every morning’ is applied is in the way staff are allocated to clients. In most advertising agencies, people are allocated to clients where they have significant industry experience. For example, if an agency is pitching for a cosmetics account, they typically identify everyone who has worked on beauty brands before, and put them on the team. Clients naturally love this because it makes them feel as if they have ‘industry experts’ working on their account. But at Wieden+Kennedy this idea gets flipped on its head. People are deliberately assigned to accounts where they don’t have oodles of experience in the category.

The Honda account is one example of this strategy in practice. ‘There’s a reason why most automotive advertising looks the same’, explains Christie. And that reason is that people who have experience working on automotive advertising – whether that be as a creative in an advertising agency, a producer, or a director – are generally selected to work on the account because they have years, if not decades, of experience.

So rather than go down this path with Honda, the agency instead put together a team of people who were not automotive veterans. Indeed, some of the people on the team didn’t even particularly like cars. But the work the agency produced for Honda was unlike anything else the industry had ever seen.

The Honda Cog commercial is one of the most famous and effective pieces of work that the agency has ever produced. It was released in 2003 and featured a series of Honda Accord automotive parts colliding into each other like dominoes with the ad climaxing with a Honda Accord rolling off the trailer to the line ‘Isn’t it nice when things just work?’ It is one of the most awarded commercials in history.

Having a diverse team can be a great way of sparking debate… or so, at least, many researchers have thought. However, when Dr Ute Hülsheger and her colleagues began to examine the findings around team diversity and innovation performance, they found conflicting results. Some research indicated that diversity was a good thing (as one would intuitively expect). However, other studies reported it to negatively affect innovation.

After looking more deeply into these research studies, Hülsheger began to pull apart the two main types of diversity that the research had been examining. Some studies had examined job-relevant diversity, such as the types of skills and experience people bring to their roles. A team that demonstrates good job-relevant diversity is typically cross-functional, and has a good spread of different educational backgrounds and expertise.

What researchers do not know is whether the relationship between job-relevant diversity and innovation is a linear one. It is possible that the relationship is curvilinear, in that there might be a point at which too much diversity actually starts to decrease innovation. In addition, the positive effect of job-relevant diversity may be stronger in teams that have worked together for a long time than in those who are newly formed and are yet to develop their own norms.

What this means for your organisation, especially if staff turnover is low, is that rather than letting birds of a feather flock together, you should focus instead on curating teams to ensure job-relevant skills and experience are diverse. This should be considered especially important in teams that are coming together to solve tough innovation challenges.

This article is an extract from The Innovation Formula (Wiley $29.95) by Dr Amantha Imber, innovation psychologist, best-selling author and founder of innovation consultancy Inventium.