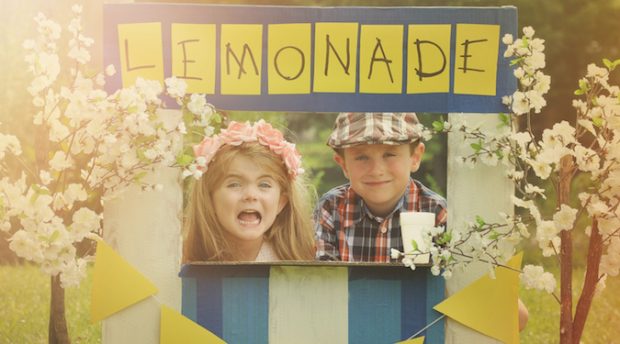 John Saadie says aggregator platforms in the food industry are stripping brands of their ability to forge a relationship with their customers. Marketing speaks with Saadie to find out how he navigated a saturated industry with one idea.

Successful start-up stories can sometimes hit the ear more as legend or myth than reality. Forbes’ Neil Patel says nine out of 10 startups ultimately end in failure and Investopedia says half of all businesses fail within the first year. With such bleak odds, it can be tough for a budding entrepreneur to stay optimistic.

Founder of OrderUp, John Saadie is the author and protagonist of his own start-up fairytale. Starting as a graphic designer, in 2003 Saadie began independently building a platform for restaurants to host online ordering functions on their own websites (while operating a digital agency). The idea began with a local pizza shop approached him. The owner was noticing a drop in sales as Dominos and Pizza Hut launched online orders. OrderUp now powers the online offerings of some of the biggest players in the mainstream Australian food industry, including Grill’d, Nando’s and Roll’d.

At the centre of OrderUp’s foundation, Saadie says companies need to be built keeping in mind the modern consumer’s minuscule attention span and insatiable need for instant gratification. Beyond that, according to Saadie, aggregator models in the food industry – UberEats, Menulog, Deliveroo – are stripping brands of their ability to develop relationships with customers and brand loyalty.

Marketing speaks with Saadie about the hardships of building a start-up, what other entrepreneurs can learn from his journey, the keys to satisfying an impatient consumer and learning to say ‘I can’t’. 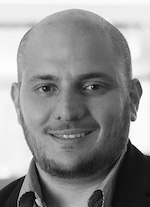 Marketing: Can you think of a moment that really spurred an excitement around building OrderUp?

John Saadie: While we thought the first version [of the platform] was groundbreaking, we quickly learned that there were lots of things that we missed. Technology such as email couldn’t be relied upon because of the delay or the risk of going to junk mail etc. So we quickly started to innovate and create proprietary software that would enable the order to be placed online and print through a thermal printer straight away. Back then, when we were doing that, it was groundbreaking. Even as Menulog was starting to really go to market strong, they weren’t even doing that, at that point, so we were pretty proud of that.

How is OrderUp different to services we see today like UberEats, Menulog and Deliveroo?

We are what they call a ‘white label’ provider – we power the platform behind the brand, as opposed to the aggregators such as an online foodcourt – where you go to the one stop and look through a directory of different foods and restaurants in your area. The Menulogs and the UberEats are a more discovery driven process, we enable the brands to own their own customer, continue to grow their brand online and have a traditional model of owning your brand – investing in your brand, building customer loyalty and building your own ecosystem. I think the biggest part of these new models is disruption. Our customers (the restaurants’ brand) don’t shine as strong as they did before this aggregator model. That causes problems down the line in that: who owns the customer? To whom is the customer loyal? And at the end of the day, what’s the point of difference? If I’ve been in business for 25 years and I have a good reputation, with the aggregators someone can start up tomorrow and almost be on equal footing. There’s lots of advantages in investing in brands and we help them on that journey.

What were some of the biggest challenges in building a start-up from scratch?

The biggest challenge for me, personally, was: because I essentially had two businesses running out of one, it became difficult to run both really well. I think the extra time and energy could have been focused on raising money earlier. I self funded the pivotal years, the growing years – basically you build the website and any trimmings that were left over we would put those extra hours toward the OrderUp platform. That was a huge challenge because (without realising back then) it put a huge amount of pressure on the web business. Even though it was technically profitable, I didn’t see any profits because it was all going into building the OrderUp platform and deploying the customers with those sites. That was tough.

It was at a time during which, not only did I need money to develop the product, but also the most basic principle – marketing. For such a long time we had worked on such a cool product that nobody knew existed! So while Menulog was going through its peak period of really going mainstream, educating the restaurants of the power of online ordering and the power of ecommerce, we were still: one minute building a WordPress website and a four page brochure site, and another minute deploying the OrderUp platform. So there wasn’t a lot of focus and because I was on my own – no co-founders or any other sort of investors or support network – I was really on an island of working out how to do things myself. We got there though! It was good in a way because I was forced to learn fast. But when you look at the other side sometimes, when you have advice it can just help you get things done faster without having having to go through the experimental process of discovering yourself.

What can other entrepreneurs learn from OrderUp’s progression?

It’s always hard with startups. The thing you need is a lot of confidence, because confidence not only helps you get through the tough times, but it also encourages you to champion your product early on. Don’t be shy and don’t be afraid of rejection. Rejection is the number one thing that is going to happen when you go out and pitch your idea, especially if its a little bit different to normal. Persistence is another thing that you need to have – I was lucky, I actually never had to pitch my product, I was approached by a high net worth family for the opportunity to invest, and I took that. I was quite lucky in that regard, but that didn’t come until 2016 – a good four and a half years after I had really started pumping a lot of energy and money of my own into the company.

You’ve spoken about ‘instant gratification’ as a focus for OrderUp, why is that?

You see the same thing happening across traditional ecommerce. How many of these businesses now – Amazon is obviously a huge leader of it internationally – deliver to you within two hours? Or, order by 10.00am and you’ll have it by 4.00pm? This whole feeling is not driven by food, but by the internet and social media in general.

Food is obviously a really huge part of that. Uber and Deliveroo, specifically, have not just taken the restaurant industry online, but they are bringing cuisines to people that traditionally couldn’t get that type of food. Traditionally it’s pizza, maybe an Asian cuisine. Now it’s whatever you want, steaks, burgers, fish, desserts, doughnuts, ice cream, anything. We are providing a platform to the restaurants to satisfy that craving.

Are there any examples outside the food industry that you’ve seen sufficiently satisfying this need for instant gratification?

Outside of the food industry, the traditional retail commerce industry is starting to do that right – enabling people to get product very quickly. Your aggregators that are doing delivery, there’s no doubt that they are satisfying that criteria, but it’s more within the metros, it hasn’t yet spread into the suburbs. So there’s still a ways to go for them. Unfortunately nothing really comes to mind for me for something that’s completely satisfying that right now.

What is the best way for a business to incorporate this principle into its strategy? Is there anything to be wary of when doing this?

To say you’re implementing a strategy that satisfies a need for instant gratification is one thing, but you need to be able to follow through. There are a lot of businesses that I’ve seen online, in all industries, that may say they can do something when they cannot. In terms of that, I think it leads to a negative impact for the customer. It’s better to say, ‘I can’t do it’ rather than saying, ‘I can do it’ and then not deliver.

« Lessons from the cutting edge of influence with Remarkables Group MD Natalie GiddingsWhy do B2C marketers get all the fun? Nine top tips for B2B video marketing »