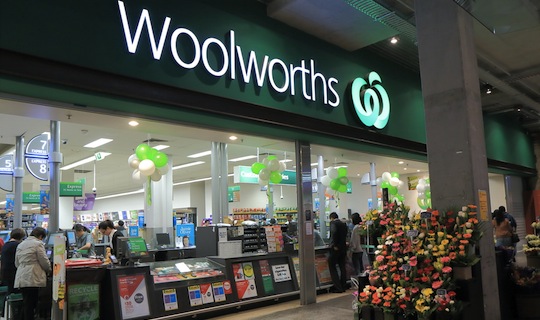 With consistent competition from other major supermarkets, Woolworths has made big moves to reduce their prices, improve customer service and remain competitive. Phil Hine weighs up new systems and initiatives, but still wonders if it’s all too late.

Woolworths has historically been the dominant grocery retailer in Australia, but over recent years that position has been eroded by a resurgent Coles and the ongoing rise of Aldi. Not only has it had to re-look at its price positioning in the marketplace, but it’s had to reassess the general condition of their stores and trolleys, customer service, queue times and the availability of products.

The cost of a basket of goods has been a major influencer in the grocery market, and with Woolworths’ $500 million investment in reducing grocery prices, it is definitely using this as a key message to entice consumers back to their stores. Deutsche retail analyst Michael Simotas said Woolworths had become “too expensive.” But with the recent reduction in prices, a family that does its weekly shop at Woolworths has reportedly gone from spending about $5 more than what it would have cost at Coles to paying about $1 less. This reduction in spending is something Woolworths is pushing, with signs outside each store that say a trolley-load of groceries that cost $246 at the start of the year now only costs $200.

The director of supermarkets Dave Chambers stated that he was “shocked” by what he saw in store when he first took on the role earlier this year. He is now investing A$65 million over the next 12 months upgrading its fleet of shopping trolleys, fixing rusty shelves and holes in floors, improving lighting and signage, and removing gates to make stores appear more welcoming.

Woolworths has introduced a new loyalty scheme which gives shoppers instant money off their groceries. The data collected from the loyalty program is helping understand what and where customers are buying products. There is talk that Chambers is considering replacing the current nine store formats with just four types of store – premium, mainstream, mainstream rural and budget – to better reflect demographic and geographic differences in shopping habits. Chambers stated that “We might see more value-oriented stores that have more space given to good products but in affluent communities more space given to best products.”

Changing the format of these stores will enable Woolworths to address the problem of availability and product choice, giving the consumers the right products every time they shop.

Woolworths have recognised that service levels and shopper experience is something that needs to be addressed immediately, and the research they are conducting called ‘voice of the customer’ is able to give results within a day. This allows store managers to take swift action to remedy problems, which we see as particularly positive.

Woolworths has no other choice if it is to recover. It is in a position of its own making, and will need to fight its way out with an extended campaign of renewal.

« 6 mobile search and merchandising tips for the holidaysDig deep to diagnose, enhance and measure your email marketing »