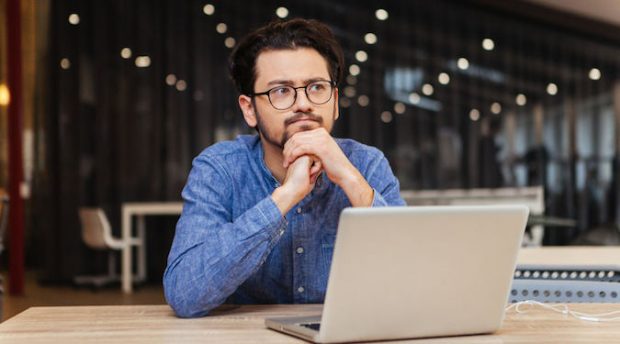 Jacqueline (Jaci) Burns reports from Inbound 2016 in Boston, where Tim Urban is enlightening attendants on how effective content isn’t about being an expert, it’s about being interesting.

Tim Urban is not an expert on anything he writes about. But with over one million visitors to his blog each month, and half a million subscribers, he’s an expert on what makes written content go viral.

Urban didn’t have a plan when he began blogging in 2005. He didn’t have any expectations either. Because he felt no pressure to perform, he could experiment, be original, explore his interests. For six years he played it safe, not writing anything substantial, but finding both his voice and his style.

By 2013, Urban’s part-time interest had morphed into a full-time occupation. Simultaneously, he switched from churning out short-form posts, to writing longer-form content.

One of his early successes was a 2000-word essay on how to be insufferable on Facebook.

His post, ‘Why Generation Y Yuppies are Unhappy’, was a game-changer. In it, he coined the acronym GYPSYs (Gen Y Protagonists and Special Yuppies) to reference young urban professionals who think they are the main character of a very special story. According to Urban, GYPSYs are wildly ambitious… and delusional.

“Everyone can’t be special because that defies the meaning of the word. But even now in this room all the Millennials are thinking, ‘yeah, good point, but I actually am special.’

This is the problem.

“I would have thought harder about the term had I realised it was an incredibly racist acronym to use”, admits Urban. “When the post went super viral I got 4,000 emails from angry gypsies.”

Overnight, Urban’s mail list grew from 300 subscribers to 27,000 (today he has half a million). That gave him the confidence to take his content to the next level. He started to explore heavier topics such as artificial intelligence and virtual reality, but he’d write about them in manner which would invoke strong emotions – for example, which would be hilarious, fascinating or inspirational.

“As a content consumer, I want depth but I also want to be delighted and to have fun”, explains Urban. “If you as a blogger can somehow make magic – get to the level where people read the article and are obsessed with it – that’s when you get to the promised land.”

Urban knew he was on to something when Elon Musk invited him to write about some of the industries with which he’s involved.

It’s not the sort of call you expect when you’re a random blogger”, reflects Urban, who subsequently spent six months writing 95,000 words about the space and energy industries.

“In blogging terms, there’s a huge difference in return between a B+ and an A-.

“I’m not an expert on anything I write about but I’m starting to become an expert on what makes one million people want to read, share, bookmark and subscribe to a blog.”

In Urban’s opinion, the most important blogger metric is how much people like it when you’re in their brain.

“When you write content, people let you into their brain for maybe a second. You have to do a good job while you’re in there because if you don’t they’ll going to kick you out and won’t let you back in.”

BY ON 14 November 2016
Jacqueline (Jaci) Burns is managing director of Market Expertise, a B2B agency which specialises in the marketing of services, solutions and intangible products. Based in Sydney, Market Expertise works with ‘smart companies’, both Australian and international, from the financial services, professional services, technology and knowledge sectors.