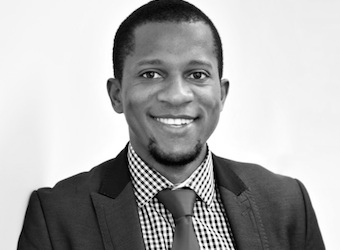 Myth Busters, the television series, is one of the very few reasons why the flat screen, in my house, goes from its default state of streaming to broadcasting. (Simply because the revolution was not televised, it is being streamed). The series does a good job of reviewing relatively strongly held views, beliefs, urban legends and old-wives’ tales that have and continue to be communicated in the guise of science, pseudoscience to be exact.

There is no question that industrial age brought about systemic changes to life on Earth, as we knew it. Comforts that were only in the imaginary stages were instantaneously brought to life. The tyranny of distance was tamed by the horse-less carriage – with Mr Ford playing his part. The ideals of a global village became more visibly tangible, the foundations of globalisation were laid and industrial age business models (ways of thinking) were developed, institutionalised and associated myths born.

Myth: If it’s not broken don’t fix it

With the shift from human to machine labour taking place, new industries and related businesses emerged. The ‘new kids on the block’ became the new ‘blue chips’ of the next century and large scale manufacturing was born.

For over a century, the environment buttressing large scale manufacturing held sway – IP, significant capital requirements and highly specialised skills created a near impossible defence to new barriers for entry. And with that came a significant spot and voice at the national and internationally table. More subtly but equally important driver was the ‘seller’s market’, best defined by the following statement attributed to Henry Ford: “If you asked the consumer what they what, they would have said a faster horse”. Ignore the consumers, as they don’t know what they want, and manufacture what you think is best for them.

If the business model’s held for a century, why tamper with it? This seems to be the prevailing thinking of the decision makers. Don’t fix it if it’s not broken. The problem with this myth is that it ignores the fact that change is constant. Charles Darwin made it clear that it’s not the strongest that will survive but the most adaptable. The industrial age, that provided large manufacturing with a golden opportunity, has given birth to a ‘new age’, the information age. From Gutenberg to Zuckerber – the ‘newer kids’ on the block.

John Hughes Motors in Western Australia is the largest Hyundai dealer in the world. Be it by design, luck or both, with his reputation as an astute businessman, I place my bet that it was more so by design.

Here is a good example of working in this ‘new age’. If it’s not broken – scrutinise the assumptions and adapt – because sooner or later it won’t just break but smash.

The environment buttressing this new age is characterised by – effects of globalisation, the realisation of global village, proliferation of information, universality of capital and specialised skills and ‘a buyer’s market’.

In a 2012 study, Choice indicated that Australia spent at least $1.7 billion on ready-to-eat breakfast cereals. Before stepping out into the world first thing in the morning, the majority of Australia’s 23.3 million strong population would have made a choice, of one or more breakfast cereals , from a list of no less than 195 ready-to-eat cereals available. It is a buyer’s market.

Australia is a lucky country – geographically too. Think the upwardly mobile middle class in Asia.

Closure of big manufacturing in Australia, as per recent announcements by Holden, Ford and now Toyota as examples, is the manifestation of this new age we are in. According to the Australian Bureau of Statistics, in 2009-10, manufacturing businesses paid $52 billion in wages and salaries, and generated $381 billion of sales and service income and $97 billion of industry value added (IVA)(table 20.4). Who will fill this gap in the government coffers? What about the gap left by the entire eco-system that has supported the big manufacturing? What about the employment and unemployment prospects of those directly and indirectly affected population?

Retraining affected people with skills of the economies of the future is one possible solution. But not a very straightforward one. Protectionism policies could provide short-term relief but end up delivering significant shocks in the long run.

A more plausible route would be refocusing from big manufacturing to ‘big niche’ manufacturing with a global market focus. Promotion of innovation and financial incentives are two vehicles that should be used. Not forgetting that the majority of businesses in Australia fall into the SME category. Clear and unambiguous communication from the big table, that the future holds significant new opportunities and that there is a diverse range of ‘resources booms’ out there, ready for the taking, would not go astray.

There are no easy answers. Keeping in mind that the manufacturing industry is diverse. The easy route is the blame game one: blame the floating exchange rate and rise in energy prices.

All in all, it’s going to be an interesting ride. No crystal balls, past performance is no longer an indication of future performances and therefore ‘new’ ways of tackling tomorrow’s problems need to be adapted. “We can’t solve problems by using the same kind of thinking we used when we created them,” said Albert Einstein.

BY ON 7 April 2014
Rajab Karume is a founder and co-founder of a number of start-ups, and has a developed an in-depth understanding of the use of technology in building a communication bridge for organisations. Rajab consults, speaks and facilitates, and can be reached at rajabk@needlenhay.com