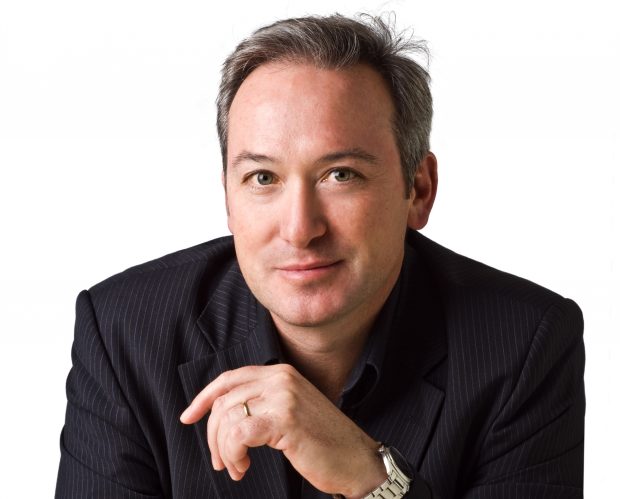 Marketing speaks with Mark Lollback, CEO at GroupM media agency, about how his background on the client-side is the basis for his understanding of client wants and needs in his new role.

He’s been a marketing heavyweight with jobs in the UK, Geneva, China, and New York working as CMO for brands like Pepsi Lipton International, ANZ Banking Group and McDonald’s Australia New Zealand.

After some time off with family, Lollback decided he wanted to get into the agency world and a CEO role. After nine months working as CEO of GroupM, it’s clear his life as a client has meant he’s got an inside-out knowledge of client wants and needs.

Marketing: How did it come about that you made the move from CMO roles into an agency CEO?

First, HR shouldn’t be done in cupboards, it should be done transparently.

Secondly, the only person responsible for your career is yourself. You need to manage your own career and opportunities, not wait for people to do that on your behalf. Don’t delegate that to other people, because you may end up regretting it later.

To add to that, only do stuff that you really love doing. Be really tough on yourself about making sure you’re taking on jobs in companies that you’re going to really enjoy, because it’s hard work. I don’t believe anybody should do something that they don’t really, really enjoy.

That’s exactly how I ended up where I am today in this role. I looked at the marketplace, had a look at all the top ten CMO roles that were available here in Australia. A couple of them I’d already said no to. I’d already done the McDonalds role, I’d already been in banking. I had already consulted for a telco. My wife and I decided we didn’t want to leave Australia, because my kids were in highschool, and my eldest son had already had five schools. It was time to let him settle down and finish school.

That made me make the decision, ‘it’s time to move out of marketing, and into a CEO role.’

I decided to do that in about June or July in 2015. I decided that’s what I wanted to focus on.

I’d always been very interested in agencies, both creative agencies and media agencies. I’d always thought at one point in my career I’d actually really like to see what it’s like to work on the agency side. Three months after getting to that point mentally, I got  a phone call from a headhunter saying ‘hey, would you be interested in the CEO role at GroupM?’

That was perfect a alignment of the universe, in terms of where I was at and the opportunity. I went through the whole process, was interviewed, and was offered the role when both joined here in April this year.

M: What are you able able to bring to the media agency world your experience on the client-side? And how important is it to have that knowledge of clients for media agencies in general?

ML: Great question. I personally believe, with where the industry is currently, the pace of change, there’s a lack of detailed knowledge  and understanding on the client side of what’s going on in media.

It’s absolutely critical. I didn’t realise how important it was on this side.

I’ll share a story with you I’ll never forget. When I was interviewed by Dom Proctor – who was the global head of GroupM here in Sydney – for the role, my biggest fear was media. I love media. I always had a passion for media, and a creativity around media and the strategy behind it. But I’m not a media expert by any means.

I said “Dom, I’m very concerned that three months after you’ve appointed me, you’re actually going to come to realise that I’m not a media expert. I’m a marketing guy, I’m a business guy, and I understand media and the importance of media in the marketing communications process, but I’m not an expert.”

He said something really profound, which was what made me take the job: “Mark, there’s a thousand people in GroupM in Australia and New Zealand. They are media experts, why would I hire another one?”

It’s really important. What I’m trying to do is position myself very clearly as ‘the client CEO’. I don’t have a media background, but I do understand the complexities, the challenges, the stresses and demands on CMOs and marketing teams, and how much they rely on and need to be able to lean on all their agency partners.

It’s very important. It’s enabled me to understand where I think the gaps are in our organisation and in media agencies in general, and how we could improve things to better serve and help clients.

M: Do you see the positive response from clients, or is it a little more subtle?

ML: It comes up in a couple of areas. It certainly comes up when I’m going to clients and talking to the CEO. They’re very appreciative. They almost feel like they’ve got a friend on this side. They often say to me ‘we’re so glad that GroupM appointed you into this role,’ or I’ll sit in a meeting and they’ll turn to me and say ‘Mark, you know what it’s like.’

It enables me to build an affiliation with the client, particularly at really senior levels. CMOs and CEOs can appreciate that I’ve been there, I’ve ran companies, ran large marketing organisations, know the challenges the CMO’s under.

Therefore, every conversation I’m having on behalf of clients and I’m having with my leadership team, whenever anybody proposes something, my first question is ‘is it the right decision for the client?’

‘What’s in it for the client?’

It’s forcing the whole organisation not to talk to us ourselves or be too internal. My number one priority in this role is making sure that we deliver the best client service, and the best value add to our client out of any media services agency.

M: What affect have new trends in social media and mobile connectivity had on media agencies and the industry.

ML: There’s no doubt there’s a massive love affair at the moment in the marketing communications industry with social media. No doubt.

I want to make it clear. I’m a massive fan, both on the agency side, and as an ex-client of what I call digital marketing.

My concern – from what I see today – is we’re not doing a lot of digital marketing, we’re doing a lot of social marketing. It’s very different. Social marketing is like ‘we’re just going to take content and throw it onto platforms so we can tick a box and can feel good that we’re engaging and doing brand engagement via social platforms.’

Tat potentially is a lazy way of doing what really should be done. The rigour and discipline around marketing communications seems to have been diluted at the moment, as we walk away from what used to be really key things like objectives, measurement, metrics, accountability, plans, and tying that into real results.

We need to take a good, long, hard look at the marketing community and make sure we put the rigour back into what we’re doing.

I’m a very big fan of mobile and what mobile and digital technologies will enable us to do. It’s much more important how we apply it. If you look at the way technology’s being applied to outdoor at the moment, it’s outstanding. It will continue to grow, and we’ll be able to do really cool clever stuff for our clients.

There’s good and bad. It’s exciting to see the energy, it’s exciting to see what technology and digital technology is going to enable us to do. But, at the end of the day, marketing departments are challenged to grow and create value on behalf of shareholders or owners of companies with limited resources.

I’ve experienced myself a lot of unsubstantiated decisions and discussions and desire to direct money into some digital solutions that is more about wanting to be there rather than results.

M: What would you advise for effective partnerships between clients and agencies?

I was privileged to work at blue chip organisations. Now I’ve got 190 plusclients. I think it’s now more than ever that the industry’s going through change like it is now.

The importance of open, very robust partnerships between client and agency is really, really important. That responsibility is joint on both sides.

The only other thought, I think, that is challenging the industry at the moment, which I guess we should be having some adult conversations around is actually about the ability for agencies to be seen as real businesses, not just as service arms. Therefore, being able to be open enough that agencies need to make money.

If you have a look at a lot of the noise around at the moment, it’s almost like it’s wrong or it’s bad if agencies are actually making money.

At the end of the day, we’re part of holding groups, we’re a publicly listed company, I have just as many commercial pressures on this organisation as the clients do.

Therefore, it’s our responsibility to serve those clients, serve them well, and find alternative revenue streams that enable us to invest in people and technology.

« In a win for consumers, ACCC rules against the banks’ actions against Apple PayThe experience economy: grabbing the ‘creative destruction’ opportunity »