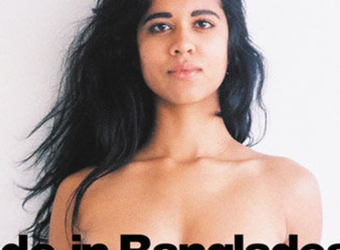 You may have heard of Ryan Holiday a few years ago when he emerged as the poster boy for media manipulation after faking his way into mainstream media outlets as an expert in fields he knows nothing about.

He’s since written three books, Trust Me, I’m Lying: Confessions of a Media Manipulator in 2012, Growth Hacker Marketing last year, and now The Obstacle Is The Way.

You’ll also probably recognise the advertising of American Apparel, the company for which Holiday heads marketing. The clothing manufacturer and retailer knows controversy, and most recently got attention for its ‘Made in Bangladesh’ print ad (partially pictured above), which drew attention to its stance on wages for garment factory workers.

Marketing spoke to Holiday ahead of his presentation at Vivid Ideas later this week.

Ryan Holiday: Traditional marketing is based on a set of assumptions that don’t really ring true anymore. The idea of having a huge, expensive blockbuster launch doesn’t make sense for most businesses these days. When you try to go everywhere you usually end up going nowhere. As American Apparel has shown you can do your own PR and marketing in house. You don’t need to do huge media buys, you can create your own media and own the channels where you distribute it like Facebook and Twitter have done. 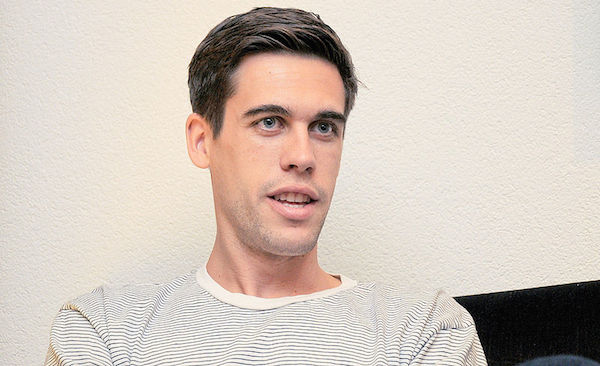 Most marketers conventionally market the product they have, not the one they want—and this leads to a lot of expensive failures. The next generation of marketers believe that you can iterate and test your product repeatedly so that you can make a product that people actually want. And they don’t need a big blockbuster launch for products. They instead look to attract a group of core users who will create the word of mouth and do the leg work for them in spreading the word.

M: Who do you think needs to hear what you have to say?

RH: I think the people that have a new product, or are an established business that no longer have the marketing budget they used to have in better times should recognize how marketing has evolved. I think with American Apparel, we’ve proven that you don’t need to follow all the rules traditional marketing has set. There’s no need for an expensive publicist or big media buy if you breath marketing every day and live it.

M: The book you published last year, Growth Hacker Marketing – since then ‘growth hacking’ is a phrase that’s being thrown around a lot within the agency and start-up realms. What is growth hacking, in a nutshell, in the context of marketing?

RH: Growth hacking is the new approach to marketing. It may have started in Silicon Valley, but its strategies are spreading into all sorts of traditional industries, including one I’m involved in – publishing.

The first growth hackers didn’t live by any of the traditional marketing rules because they never learned them. They only used what was testable, trackable, and scalable. And they were able to build billion dollar brands like Facebook, Google, and Twitter because of this. A lot of traditional marketing chases vanity metrics like ‘branding’ or ‘mind share’, whereas growth hackers only care about two things: users and growth. So I thinking growth hacking is the next step forward for an industry that has been operating on the same principles for decades.

M. You’ve said previously that you only want to work with clients who work hard at their own marketing – is that because it makes it easier for you or because it says something about the type of client?

RH: No one but the founder or artist is going to care about a product as much as they do. So it’s essential that they understand that and operate from that perspective. My best clients have been the one’s that understand you have to think about marketing as a mindset and view all the decisions they make through that lens.

As a marketer I can add velocity and accelerant to a product, but ultimately it is up to the artist or founder to create an amazing product.

M: American Apparel’s work is famous for being provocative – is that all it takes to cut through the noise? And is that a sustainable advertising strategy?

RH: Well, we live in attention economy. As a marketer you’re competing not only with people in your industry, but television, radio, and the web. So you have to do things that are interesting and meaningful to people. It doesn’t necessarily have to be controversial, but it’s a great tool to have in your arsenal.

Being provocative is definitely a sustainable strategy if it makes sense for your brand and you’re not doing it in a way that people will be able to see right through it. It has to be authentic.

M: Does taking that path only work if it’s in line with the brand?

RH: Definitely. It doesn’t make much sense to be controversial if you run a boring business or marketing something like baby formula, but that doesn’t mean you can’t do interesting things that grab people’s attention.

M: How would you deal with the declining effectiveness of being controversial? Is it possible to keep raising the bar forever?

RH: I think it depends on many factors, but I think if people aren’t listening to your message anymore, or it doesn’t resonate in the culture, you have to rethink how you are communicating what you want to say.

I think you can keep raising the bar, but I wouldn’t think about it as getting more controversial. I would think about it more as an evolution, which I think you are seeing with American Apparel. We are continuing to raise the bar, but in a way that makes sense with the taste of the brand has changed over the years.

M. The most recent example for American Apparel is the ‘Made in Bangladesh’ ad, which got a lot of attention – is that exactly what you wanted?

RH: In a way, yes. We wanted to create a conversation around garment industry wages and call attention to the fact that American Apparel pays its employees the highest garment wages in the world, while other fashion companies are still paying rock-bottom wages in third-world countries.

This is how we’ve been able to get such a good ROI in our advertising, because the ads themselves create a conversation and are worth talking about and they naturally spread in the media because of that.

M: And given that particular ad was for Vice magazine, if I’m not mistaken, was that reaction surprising?

RH: I’m not really surprised when there are positive or negative reactions to our advertising anymore. Sometimes I’m surprised by how strongly people feel about ads, but that comes with the territory of being authentic in your advertising. I was happy the ad received the attention it did because it’s something we’re proud of at American Apparel and is an issue that we want to call attention to.

M: You’re launching your third book at the moment – tell us a bit about The Obstacle is the Way.

RH: The Obstacle Is The Way is manual for overcoming adversity and flipping obstacles into opportunities. It was inspired by maxim written by the ancient Stoic Marcus Aurelius: “The impediment to action advances action. What stands in the way becomes the way.”

I first came across it when I was 19 and it truly inspired me. Since then I’ve tried to look at the problems and difficult situations I’ve come across in my life through that lens. I began to find examples in my reading of great icons from history like Amelia Earhart, Steve Jobs, and Thomas Edison who used this formula for success that let them turn their obstacles into opportunities.

So it’s a book you can return to throughout your life when you’re faced with the inevitable obstacles we all face in life.

Ryan Holiday is visiting Australia this week to speak at Vivid Ideas, part of the Vivid Sydney festival.