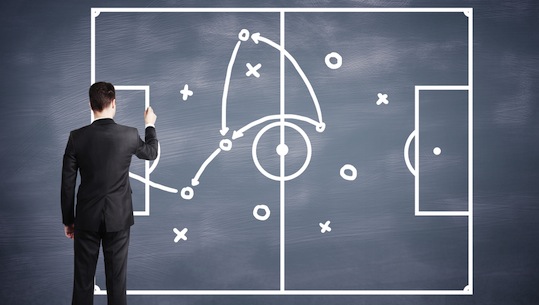 John Cassidy talks through the four phases of disruption and the tactics incumbents can use to navigate each one.

Disrupters are no longer chomping away at your market with lower priced alternatives. They are fundamentally changing the rules and dynamics of industries and creating new markets and economies. They attack markets with new business models that are agile and scalable. And they let their customers do their marketing, creating ripples across industries and redefining customer expectations.

Looking at the key characteristics of disrupters and the implications they have on the market, disrupters are fundamentally different to traditional competitors. They develop their products through rapid low-cost experimentation utilising popular platforms. Products are marketed to all customer segments immediately, enabling them to trial and perfect their products as they learn about their users. As a result, the adoption of product and services is significantly accelerated.

Drawing on their access to market and customer insights, marketing organisations are in the prime position to influence and lead an incumbent’s strategic response to disruption. And as disruption becomes more prevalent, marketing functions need to respond to survive. Accenture has identified four phases and the tactics that will help incumbents effectively navigate disruption.

Recognising the warning signs of an impending disruption is critical for incumbents to survive and thrive. Marketing organisations need to develop new capabilities, tools and networks to recognise and determine the potential threat level. Some of the warning signs include continual competitor experimentation and failure of seemingly random experiments. An increasing number of experiments can point to a much larger play that could threaten the existing business. For example, iTunes is an evolution of the Napster online music store, which forced recording companies to rethink their business models.

New players, technologies and/or dynamics entering an incumbent’s surrounding ecosystem may also point to the incumbent’s products being marginalised by being integrated into a new offering or value proposition. Consider how smartphones have all but superseded in-car navigation. Another warning sign is the incumbent firm’s inability to capture and retain a younger customer base, which is more willing to try new services from start-ups.

By identifying the warning signs and understanding the underlying reason for the experimentation, marketers are able to put a case forward to begin their own experimentation in the same area. OlaCabs (Ola), an Indian taxi service provider, is an example of a company successfully identifying that disruption in the taxi industry was coming and launching a mobile taxi service six months after Uber was launched in the US. Built specifically for India, the service allowed cash payments, small car options and advance booking services. More importantly, it allowed people to use the app without needing to keep the GPS on, given smartphone sales were less than 8%.

Once an experiment yields the right combination of business model and innovation, rapid adoption will take place as users abandon their old products for the new innovation. The key to slowing adoption and further development is to leverage the incumbent’s assets, which the disrupter does not have.

To achieve this, marketers will need to aggressively market their current products with the understanding that short-term profits will be risked in order to win in the new market. In parallel, marketers need to investigate the disrupter’s value proposition and increase their experiments and innovation platforms if they are to launch a more compelling value proposition and secure the market share.

An example of this was when CurrentC, a mobile payments provider owned by a conglomerate of retailers that includes some of the US’s largest retailers, was set to launch its mobile wallet aimed at disintermediating credit card companies from the transaction and providing a new level of information to the conglomerate. Before the product was officially launched, however, Apple Pay was launched, which utilises NFC (near field communication) technology and keeps users anonymous to retailers. To slow the adoption, CVS and Rite Aid shut off Apple Pay’s access to NFC terminals.

As the disruptive innovation begins to saturate the market, incumbents need to be ready to exit their once profitable businesses to maximise potential returns. While this is a major business decision, marketers should be the ones who call the fight to the end.

The importance of accurately predicting market saturation cannot be underestimated when readying for a potential exit. Leaving the market at the right moment will allow enough time to scale down the business before assets begin losing value, while entering a more profitable market. Leaving at the wrong time can have dire effects on the balance sheet through the loss of potential revenues or significantly higher costs caused by an asset that is declining in value. Influencing such a major decision will require marketing to improve their market forecasting capabilities, understand who their competitors are and potentially have a plan in place to recover revenues through new markets or endeavours.

Zynga is a provider of mobile-based social gaming, made famous by the highly popular product, Farmville. It was on the lookout for new disrupters and platforms to fuel its growth. In 2012, it identified OMGPop as an acquisition target, which had recently launched an online Pictionary- style game called Draw Something. Within nine days, the app had a million active users and achieved 35 million downloads within seven weeks. Zynga purchased OMGPop for US$180 million, and closed the deal within a month. Despite the speed of the acquisition, Draw Something’s active users peaked a few days after the purchase and declined rapidly over the next few months.

Incumbents who continue to serve customers with their old products in declining markets must navigate legacy costs and regulatory constraints as they look to maximise value from ageing assets. Marketing needs to be heavily involved in redirecting the incumbent to greener pastures. This could be achieved by continuing to leverage existing assets, while at the same time becoming a supplier of components or services to someone else, effectively closing down the retail business. Combining and leveraging existing assets to move to a healthier ecosystem or market will require the firm to operate more openly to buy the access and equity required to compete more effectively against existing players.

While the latter of the two options above is riskier, it can also provide a much larger reward for the organisation as it becomes the disrupter in the new market.

Over the past five years, smartphones have displaced the need for additional devices as they have become more powerful and feature-rich through apps. This has been especially true when it comes to portable GPS (global positioning system) navigation units. The introduction of free turn-by-turn navigation in 2009 by Google has had a devastating effect on companies such as TomTom, which now licenses its maps to companies like Apple for its own mapping software. Map licensing now accounts for approximately 15% of TomTom’s revenues and has been growing steadily.

As the risk and impacts of disruptive innovations continue to climb, the importance of being prepared to respond quickly cannot be underestimated. The type and timing of the response can mean the difference between thriving, surviving or dying in the new market. Marketing functions are the key to take a more proactive and influential role in shaping and driving the response to disrupters.

Accenture Australia is a Marketing content partner – a non-financial collaboration on content for the magazine and exclusive benefits for Marketing Advantage Members. Click here for more information.