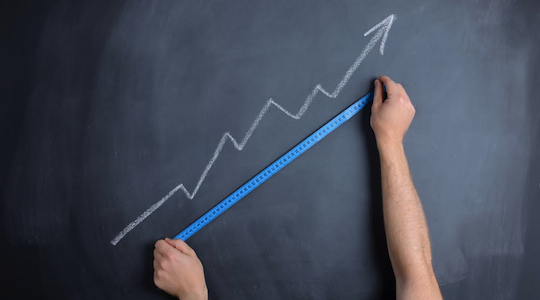 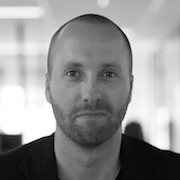 If you’re having conversations about programmatic, you’re likely to hear the term ‘view-through conversion’ mentioned quite frequently. It’s nothing new; people who saw my ad bought my product.

In principle, this metric makes sense, but here’s why you should stop using it:

Just because your ad appeared doesn’t mean it influenced your audience.

What a view-through conversion can’t measure is if that view actively drove someone to your website, or if it simply appeared on their screen at some point, unnoticed by the user. You should be able to measure your ads’ performance based on action, not digital passivity. Attribution models that take views into account risk diluting their data with false assumptions.

I can safely buy 23 million impressions through the Google Display Network for around $75,000. By limiting my frequency to one, I can hit every single Australian once (or close enough). Regardless of whether the ads had any impact on my audience, I can claim a view-through conversion.

Did that single impression, which appeared at the bottom of the page, with the 0.01% click-through rate, actually hold enough weight to influence a purchase?

One of the issues with programmatic is that because it’s so good at targeting people who are in-market it can often take credit for purchases that it did not create. If you’re better able to target people in-market that’s great, but beware how you choose to evaluate performance of the channel.

Reaching a target audience through display is nothing new, but being able to actively measure the influence of those ads requires a change in approach.

If you’re reading this, chances are you’re already running programmatic or display in some capacity. If view-through conversions are a metric you actively follow to determine success, I would like to propose four alternative models to measure performance:

1. Increase the amount of people searching for you

There are two ways to measure this.

If you’re like most advertisers, typically you’ll make sure your ads appear on Google when someone searches for your brand (most likely a 99.9% impression coverage). An increase in impressions for your brand campaign will indicate a higher search volume.

You can also measure an increase in paid branded traffic, but this adds the need to cross-reference fluctuating click-through rates on your ads.

Making the assumption that people who have seen your ad exhibit a higher affinity or propensity to relate to your product, you should see an increased click-through rate on your paid search ads. Think back to your uni days – it takes six to seven touch points before an ad resonates with your audience.

This has its own benefits, including but not limited to: a better quality score, cost-per-click and more traffic to your website.

Following on from the previous principle, if people show a higher affinity to your brand from your display campaign, they should be more likely to convert once on site (regardless of what channel they came through).

Ultimately, if your ads are driving conversions through their own clicks you’ve reached display nirvana. You can begin to evaluate your campaigns on both their direct contribution to sales and secondary benefits in assisting other channels.

If your display campaign is not doing any of the above, it’s not working.

The ascension of programmatic will only continue. The growth and complexity of digital media buying demands an algorithmic model that can make decisions on the fly. And while it’s a step towards understanding the overwhelming amount of data we are confronted by, it must be held accountable for its influence across your media portfolio.

View-through conversions are not a metric, they are a desperate attempt to show value in the absence of true results.

Ryan Griffin is senior account manager at Switched on Media.