We need to talk about video

We need to talk about video 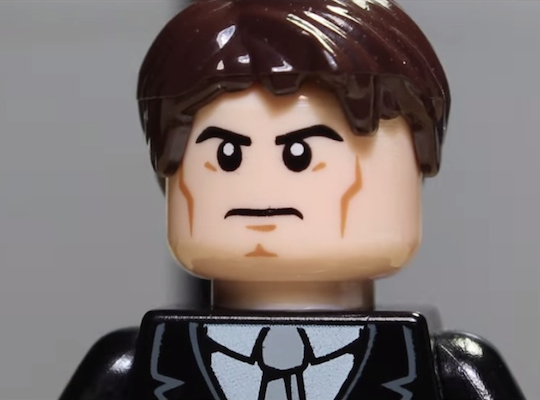 Jaci Burns looks at the opportunities video can offer to marketers.

In a previous post, ‘Many professional services firms mobile unfriendly’,  I examined how many ‘smart companies’ in Australia have adopted a ‘mobile-first’ strategy. What I found was that the majority are not even ‘mobile-friendly’.

For clarity, ‘smart companies’ is the term my agency, Market Expertise, uses to describe the organisations we work with – they’re typically professional services firms or businesses in other technical or knowledge-intensive sectors.

I decided to test another digital prediction, this time relating to video.

Online video will continue to dominate in 2015. Moreover, Syndacast predicts 74% of all internet traffic in 2017 will be video. That’s just two years away.

Using the same sample set as before – the 2014 BRW Client Choice Awards winners, and 2015 Financial Review Client Choice Awards shortlist – my initial assessment was that these ‘smart companies’ are responding well to the voracious appetite for video – two-thirds of the ‘leading’ professional services firms in Australia have a corporate YouTube channel.

However, dig a little deeper and it becomes clear that half of those firms appear to be in the very early stages of adoption, or are not seriously incorporating video into their content mix. Many have single-digit uploads and no or few subscribers (see table below). Only 42% have uploaded more than 10 pieces of content. 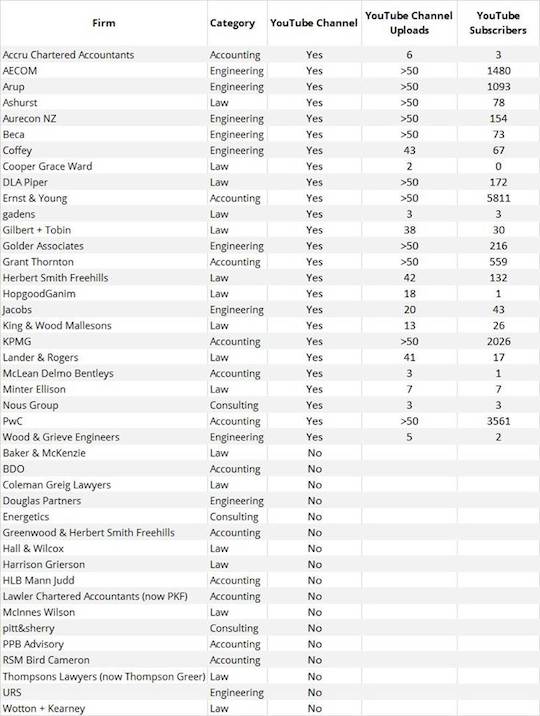 As previously stated, I acknowledge the sample is small but submit that it represents, arguably, the most client-focused firms across all major categories of the professional services sector. It’s valid.

A few things worth noting:

BY ON 4 March 2015
Jacqueline (Jaci) Burns is managing director of Market Expertise, a B2B agency which specialises in the marketing of services, solutions and intangible products. Based in Sydney, Market Expertise works with ‘smart companies’, both Australian and international, from the financial services, professional services, technology and knowledge sectors.

« Australia’s world-leading mobile connectedness presents challenges and opportunities for brandsWeigh in: What do the Australia Post pricing changes mean for direct marketers? »