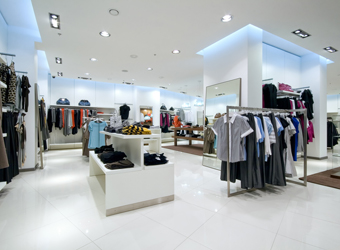 David Jones’ 40% full-year profit plunge sends a very clear message to the Australian retail sector: if you want to perform you need to reform.

Such reform means a number changes to aspects of a retailer’s business operations that must be designed to further enhance the customer value proposition.

It would be far too easy to concede that DJs lower than expected performance, coupled with the closure of Myer’s Fremantle store, shows a retail sector in serious decline with the “department store” as we know it under serious threat of extinction.

But such a doom and gloom picture for these retailers is most likely far from the truth, simply because shopping in such stores resonate the essence of Australian society.

By this I mean our innate desire to be social animals, whereby such yearnings are intrinsic to the shopping experience offered by our major department stores.

A more prudent analysis of the situation facing DJs – and similar retailers for that matter – is that their under-performance is simply symptomatic of one of a number of challenges facing the sector both within Australia and globally.

These challenges are not terminal but very solvable with the appropriate remedial action. The most pressing is taking full advantage of available technologies and incorporating this into the consumer value proposition at the same time as remaining competitive.

On this point there has been much debate about the inability of Australian retailers to compete effectively with their foreign based counterparts due to the relatively high GST thresholds (currently AUD$1,000) for products sourced overseas. My view is that arguments for and against government intervention are only a small part of the picture.

The real issue facing retailers here is how to best re-configure their operations to cater to changes in consumer buying patterns that involve a cyber-world narrative. The Australian Retailers Association recently noted that around 40-60% of goods purchased by Australian consumers are made from offshore websites.

While this does provide some traction to the view held by analysts that this is damaging to Australian retailers, the fact that only 5% of total retail sales are purchased online indicates two things.

First, the “competitiveness” problem is not too large at the moment. Second, and perhaps more importantly, there is still time to remedy this problem.

Therefore the key challenge facing retailers is the best manner to make the customer experience more engaging and valuable given the imminent changes that and internet age and other forms of technology bring to the sector.

Simply reducing our analysis to a price-mechanism as the best (and perhaps only) means to respond to this challenge is overlooking the real issue, namely operational reform.

Of course technology helps reduces costs, but a retailer’s inability to respond to changing consumer buying preferences is the real Achilles heel and should be a focal point of retail strategy. A two-pronged approach in which technology reduces overheads while at the same time increasing customer engagement and value, is the ideal outcome.

To this end, the initiatives unveiled by DJs in March to transform into an ‘omni channel retailer’, including upgrading their point-of-sale technologies, will offer an appropriate platform to begin building a multi-channel capability that attains these dual outcomes.

From this perspective, its announced profit downturn should be viewed as a short-term “speed bump” in their reform process, designed to cater to a changing world rather than signifying a sector in rapid decline.

« You talkin’ to me? Gerry Harvey’s one-man, online retail debate10 pricing lessons from cartoons: the sequel »