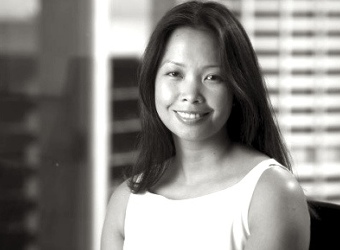 Update: Since this blog was first published, Polis has stepped down as EnergyWatch’s CEO. Furthermore, the company’s collaborators are distancing themselves from EnergyWatch. I can only imagine what damage could have been prevented had Polis and EnergyWatch been quicker with their damage control.

If you haven’t caught up on the PR disaster, read the article in The Age for background on his Facebook posts on Asians, Indigenous people and the Prime Minister. (Maybe he has a beef against redheads too.) Melbourne FC has called Polis’ rants disgraceful and abhorrent.

EnergyWatch sponsored Melbourne FC to the tune of two million dollars a year. Melbourne FC took a very brave stance and a hit to its balance sheet by terminating the sponsorship agreement.

Would the (real and potential) brand damage to the club, arising out of its relationship with EnergyWatch, be worth two million dollars? Was there a way that Melbourne FC could have had its cake and eaten it too? I’ve been playing around with different scenarios.

Let’s say Melbourne FC had decided to keep the money. Could it have found an alternative way to send a strong signal to the community that it disapproves of Polis’ racist comments? Perhaps, but only with EnergyWatch’s full cooperation.

If EnergyWatch had been nimble enough with its issues management, Melbourne FC could have had an alternative.

It’s too late now for EnergyWatch to repair its relationship with Melbourne FC. But it should still be doing everything it can to salvage its corporate reputation. Critics have been all-a-twitter over #benpolis, accusing him of everything from being racist to suffering from small man syndrome. The photo on Aussie newspaper websites of Polis standing at least a foot shorter than his date at a Brownlow Medal event doesn’t help.

Here’s my advice to Polis and EnergyWatch: take a cue from the newspapers. Have a sense of humour. But, because he’s in the wrong, Polis needs to obviously show humility as well as be humorous.

Perhaps Polis can post a comment on Facebook, poking fun at his own shortcomings (pun intended). Also, he needs to give a heartfelt apology – on camera if he can muster the courage. He can also buy good will by mentioning that EnergyWatch is donating a vast sum towards an Indigenous community charity.

Full disclosure: I’ve already cheekily invited Polis to a safe and fun drag race in Melbourne, off the back of his comment that Asian girls, “Add no value to society apart from insurance premiums ’cause they can’t drive”.

In addition, I’d be happy to accept his donation of a safe car. I already have a Merc, so in the spirit of diversity, I’d take a Volvo.

What do you think? What advice would you have given to Polis, EnergyWatch and Melbourne FC? Did the club choose wisely, dumping its major sponsor in the face of public backlash? Or could it have worked out an alternative solution?

BY ON 5 April 2012
Caroline Regidor is managing director of First Degree PR. Caroline has over a decade's experience working within the media industry and providing comms advice to leading corporates such as the Commonwealth Bank, Colonial First State, Baulderstone (part of the Lend Lease Group) and Gadens Lawyers.