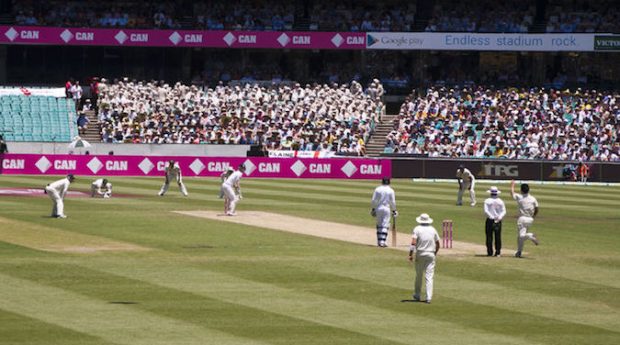 US$62.8 billion is spent on sports sponsorship globally, and this is only increasing. But until recently, there hasn’t been much evidence that sponsorship is actually effective, writes The University of Queensland‘s Sarah Jane Kelly.

This is risky – without a business case for sponsorship, companies will likely limit or withdraw their support in the long run, which may threaten the very existence of sports.

Until recently, there have been little more than rules of thumb and anecdotal evidence about sponsorship. These showed that company executives and directors sponsor sports so they can get good good seats, for example. Sponsorship has been hard to measure because of the complex variables involved and their interaction. These include competitors’ advertising and promotions, economic conditions and the quality and extent of the advertising in connection with the sponsorship (getting players to appear in commercials, for instance).

To make matters worse, there is generally a lag between a promotional activity and the effect showing up in increased awareness and sales. Seeing a real impact also often requires several ‘exposures’ – for instance, a long-term partnership with a sport or team.

Researchers are starting to build the case for sports sponsorship, showing it increases employee morale, for example. My colleagues and I created the Sponsorship Power Index, to try to track sponsorship objectives such as sales and brand awareness. We have proven that factors like the length of the sponsorship, the brand fit with the event, and the amount spent on ‘activation’ (advertising the sponsorship) correlate with sponsorship success.

Read more: How and why economics is taking over sports »

Our key insight was that sponsorship is similar to a kind of financial instrument, a futures contract. Futures contracts are agreements between two parties that fix the price of an asset (like shares or currencies) for a future transaction. For instance, an airline might sign a contract to buy fuel at a certain price in a year’s time.

One way to measure sponsorship is to replicate how futures contracts are valued on the share market. This is achieved by constructing an index comprised of any variables that might predict the value, such as economic trends, market demand and historic performance.

For our index, we used data on social media mentions, brand prominence (based on third party surveys), sales and advertising expenditure, and data from the sport being sponsored. All of this is turned into a single number that can then be compared against a benchmark, to assess how a particular sponsorship is doing. Now, we can compare sponsorship against similar deals, a portfolio of sponsorships, or even sponsorship of a particular event.

For example, Coca-Cola sponsors the Winter Olympics, and might select some key performance indicators including sales, brand awareness, brand mentions and the amount spent on advertising the sponsorship. The index will then assess whether this event’s sponsorship is performing as well, better or worse than the last Olympics.

The other case for sponsorship

Other studies are also finding benefits from sponsorship beyond raising brand awareness and increasing sales. A British study found that sponsoring the Olympic games increased employee pride in the company and organisational culture.

Employees of the sponsoring companies responded positively to their company supporting values of goodwill, community and peace. There is also a feeling of prestige and elevated status among employees of organisations sponsoring the Olympics.

But these benefits are not only seen when sponsoring something as big as the Olympics. They also accrue from sponsorship of the local club or school sports programs.

Of course, companies can sponsor causes through sporting events. Take the pink cricket test match held in Sydney every January. This game aims to raise awareness and funds for the McGrath Foundation. Not only are the stumps and uniforms pink throughout the test, but sponsors like Mastercard issue a pink debit card linked to donations, in addition to sponsoring the event.

Cause-related sponsorship has become so big that Coca-Cola has even developed its own metrics that measure community (for example staff morale and community cohesion), infrastructure (for example number of recycled bottles and recycling bins) and behaviour (like impact upon health-related choice).

A recent McKinsey study found that many brands don’t have a decision-making process in place to decide on sponsorships. This reflects the sorry state of sponsorship measurement – there was little evidence or guidance on how to do it well.

But as we can see, the research is starting to support the case for sponsoring sports, and it is becoming sophisticated enough that brands can specifically target and track where they put their money.

Sarah Jane Kelly is a Senior Lecturer at The University of Queensland.

« Chatbots, social and deciding who really owns AIWhy is ‘engagement’ still a thing? »