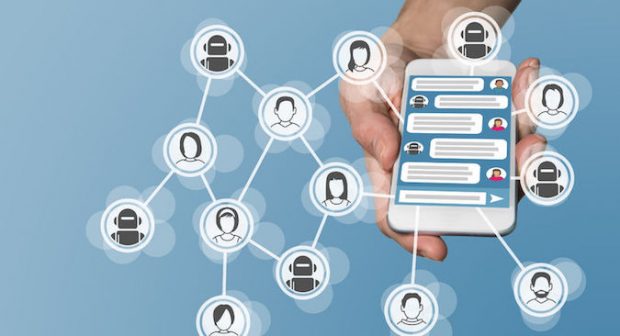 Chatbots are social media 10 years ago, says Hamish Cargill, and the fledgling tech would do well to take note of its more evolved cousin. 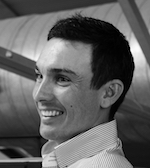 Take yourself back a decade. Business had just discovered social and most were scrambling to get in on the act – no one wanted to be left behind. Jump forward and we’re seeing something eerily similar happening in the world of chatbots as brands of all shapes and sizes scramble to get a chatbot to market.

Scrambling isn’t the only similarity between the social media gold rush and the current state of the chatbot market. When social first burst onto the scene, there was a question of ownership. Did social sit within the marketing function or was it the responsibility of the customer service team?

Right now, a lot of businesses are asking who owns AI. Is it innovation labs, product teams, digital teams or even marketing? There’s a war going on inside Australian corporates because these projects don’t fit into the typical structures of the businesses they’re operating within. That means much of the work has been happening in silos as business units compete to be the first platform to market.

In the past 10 years, social media has gone through an evolution. What started out as a lone soul in the corner of the office who got the gig because they were ‘good at Facebook’, now has their own fully staffed department, or has left to run a specialist agency. Job titles with the word ‘social’ have become the norm. In time, so will conversation architects, voice designers and speech consultants – we probably don’t even realise yet what AI, voice or chatbot-related roles are going to be needed.

Another parallel between social and chatbots is the friction between the desire to be fast to market and jumping through established protocol hoops. The speed of social media initially challenged business, demanding faster turnaround times than many were used to. This meant people skipped over long-established processes and guidelines in their rush to keep up.

It was this lack of oversight that led to an unhappy run of brand-damaging faux pas. From ill-conceived socially led campaigns such as Woolworths Anzac Day hijack ‘Fresh in our memories’ to the classic accidental-personal-post-from-a-corporate-account screw-up, brands using social media quickly learned that as much as we like to work in nimble and agile ways, guidelines are there for a reason: to make sure someone remembers to apply common sense.

It’s the same for chatbots. While you understandably want a piece of the chatbot game, rushing to be in-market can lead to offerings that miss the mark or are entirely pointless.

While those early years of social were awash with brand fails, fast forward to 2017 and there was a pleasant lack of corporate hari-kari in 140 characters. The question is – how long is it going to take chatbots to find safety?

The other issue social had when it first arrived was tonal. Back in the day, there were no shortage of business owners asking, ‘how the hell do we speak on social?’ On platforms designed for personal engagement – where language was by definition casual, off the cuff and real – companies lumbered in with their artificial formality and scripted interactions. This wasn’t just unnatural, it was painfully awkward.

Most organisations have now worked this out, yet we’re watching history repeat with chatbots. How does a brand have a conversation with a customer through a third-party piece of technology like Google Home and still sound authentic? If I’m talking to a business in my kitchen while making toast for a three-year-old, I’m unsure if I want it to be my friend. Can I cope with sass or charm when I just want a simple answer on when my phone bill is due?

In social, brands initially tried to solve the issue by handing out scripts. Then they discovered this was far too impersonal and restrictive and instead trained their people to think and do a better job. Of course, AI has to work off a script because at this stage the technology can’t read a situation and react with real empathy. The solution with social wasn’t to build a better robot – it was to train a better human. How we adjust to this is going to be the test of success.

For brands that have spent the past decade aligning their voice across touchpoints including campaigns, email comms, social channels, retail stores and call centres, AI becomes a natural bolt-on. It sounds simple, but it took a decade to happen for social. If you’re stuck in 2005 and are still the voice of a thousand different people, then AI isn’t going to help your situation.

These days, most brands are good at social. They’re proactive, organised and have nailed the tone of voice for the platform – often the trickiest part. But they needed that time in-market to get their shit together, and chatbots are not going to be terribly different. Prepare for some epic fails over the coming months. It’s worth remembering that business can’t just arrive on these platforms. It has to prove it belongs there.

Hamish Cargill is the director of XXVI

« Could your understanding of data be a little more… scientific?We are only starting to figure out the value of sponsoring sports »